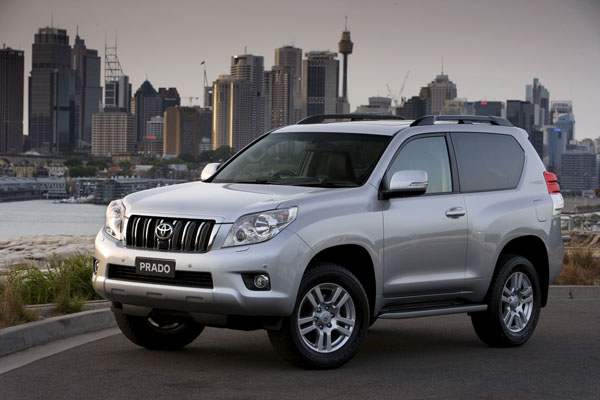 Though it has ‘proper 4WD’ body-on-chassis construction the Toyota Prado is aimed at buyers who will do most of their driving on-road, but who do want to get serious at times in moderate to harsh off-road conditions.

Prado has been sold in Australia since 1996, but in this feature we will start with the November 2009 introduction of the fourth-generation. Australia is an extremely important market for the Toyota Prado, ours being the second largest in the world in sales. So Prado’s chief engineer, Makoto Arimoto, came to Australia for two extended visits with test vehicles in during the development of the all-new fourth-generation Prado.

The gen-four is usually a seven-seater, unlike the eight-seater that had been offered in some variants of older Prados. Five-seat models on offer in some Prado models.

A slightly odd Prado with just two passenger doors was offered, it never took on so was quietly removed from the import list at the end of 2013. However, if you really don’t need back doors very often you may pick one up at a bargain price.

Prado is a large vehicle with plenty of interior space for occupants and a decent sized boot.

Parking in tight spaces can be a hassle, but it’s not overly wide so driving in suburban and city areas isn’t a real problem. Naturally, the big Toyota is in its element in the country and in the big open spaces in the red centre of this vast land. 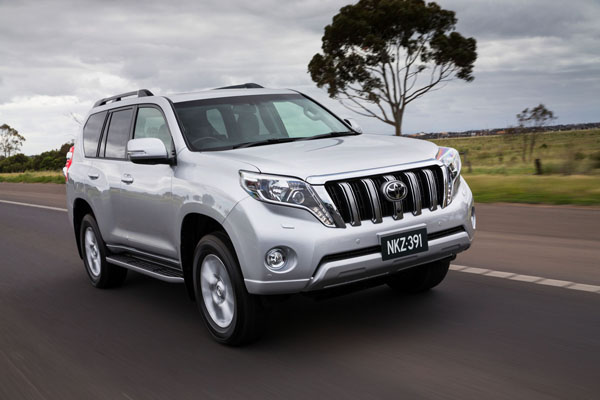 Handling is safe and predictable but there’s no way you would call it sporty.
Engines are four-cylinder turbo-diesel and V6 petrol. The diesel began life as a 3.0-litre, then dropped back to a new design 2.8-litre late in 2015, before that was increased again to 3.0 litres at the end of 2017 as part of a major facelift. These are not on the used car market at this stage so we won’t cover them in this review.

Petrols have a 4.0-litre capacity but faded from favour when the newer diesels were introduced, though a few continued to be imported until the new model of 2017 arrived.

Toyota is well represented just about everywhere in Australia where there’s civilisation – and even in some of places civilisation hasn’t reached.

Spares and repairs are usually readily available, though if you’re in the distant outback you may have to wait for some little ordered parts to be delivered.

There’s acres of underbonnet space so it’s quite easy to do a fair bit of your own servicing and some repairs on a Prado. Please don’t do anything that can affect safety.

Insurance is usually towards the lower end of the premium scale. We don’t see any major differences in charges between the big insurers, but it’s still worthwhile trying to get a better price, just be sure you’re doing accurate comparisons.

WHAT TO LOOK FOR
If you suspect a Prado has been off road, check underneath for damage to the protection plates, chassis rails, door sills, and the bumper lower corners.

Even gentle off-road running can lead to scratches on the doors, guards and exterior mirrors because it is a large vehicle that has been squeezed through tight spots.

Get under a Prado and look for sand. If you find any, taste it for salt – indicating the Prado may have been playing around in breaking surf. This can lead to rust if any of the body protection has been breached.

Check the engine starts easily, idles well (the fours can be comparatively rough due to their big capacity) and it doesn’t hesitate when accelerated hard, even when cold.

The later diesels are modern units and will start almost as quickly as a petrol engine, if you feel it’s too slow to kick over have it professionally checked.

Be sure that automatics don’t hunt up and down through the gears when you feel it should remain in the one ratio.

Check that all manual gearchanges are smooth and quiet.

Listen for any untoward noises from the differentials, driveshafts and front wheel hubs.

Look over the interior, particularly the back seat and luggage area as some Prados are used as heavy duty workhorses.

CAR BUYING TIP
Considering a big 4WD or SUV, always have an expert look over, inside and under it before committing your hard earned.