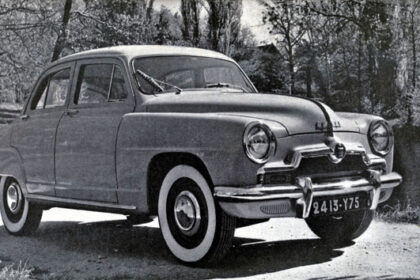 The Simca marque was a development of a French company which initially built Fiat cars in France under license. Aided by the Simca Aronde (French for the bird Swallow), which was introduced in the early 1950s and styled in the same fashion as American cars of the 1950s, the manufacturer soon became France’s top privately-owned automobile producer. In fact, over the 12-year period that the car remained in production 1.3 million Arondes were sold. This level of sales eclipsed sales of both Peugeot and Citroen at that time. The Aronde… Read more