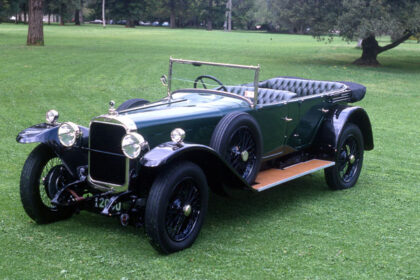 Sunbeam amalgamated with both the Talbot and Darracq marques in 1920 to form the Anglo-French STD combine. Prior to this time Sunbeam was making cars which were rather unconventional but when Louis Coatalen joined the company in 1909 as their designer they introduced a new range of four-cylinder and six-cylinder cars. Of these the 12/16 was quite outstanding, so much so, that Rover assisted in the manufacture of these cars during World War I, so that the allied forces needs could be met. Most Sunbeam cars made during the Coatalen… Read more 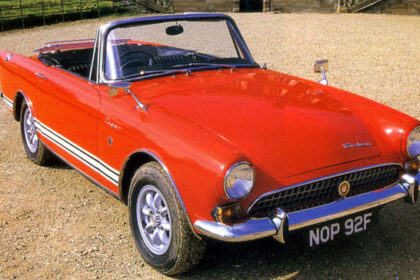 The four-cylinder Sunbeam Alpine had a very attractive open body and sold well right from its initial release by the Rootes Group in 1959. No doubt motivated by the success of the AC Cobra, discussions were held with American Carroll Shelby, who set about to carry out initial engineering to allow the fitting of a V8 engine to the Alpine body. After the initial considerations Rootes’ engineers took over and out came the four-cylinder 1592 cc engine and in its place went a Ford V8 of 4.2 litres. To couple… Read more