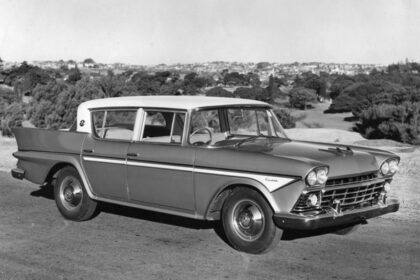 The Rambler marque was first used by the Thomas Jeffery Company between the years 1900 and 1914. The successor of this Company, Nash Motors reintroduced it from 1950 to 1954. After Nash was acquired by the American Motors Corporation the Rambler marque was again used from 1954 to 1969. When developing this new car, Nash had originally intended to call it the Diplomat as this name would have gone well with their other model names, Statesman and Ambassador. When they found out that Dodge had already reserved the Diplomat name… Read more