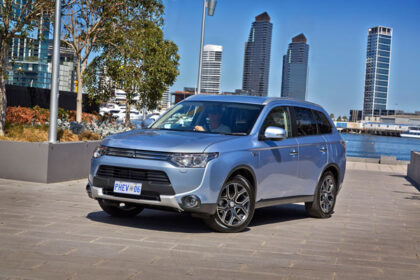 Mitsubishi Outlander is larger than average for its SUV class and can be ordered with five or seven seats. It’s been on sale Downunder since February 2003, in this Checkout we will cover models from January 2012 as these are noticeably more refined than earlier ones. On-road the Mitsubishi Outlander is capable and generally quiet and comfortable to ride in. Some owners complain about the amount of tyre noise on coarse-chip roads, others say they don’t really notice it. Styling was conservative in these 2012 Outlanders, that is until the… Read more