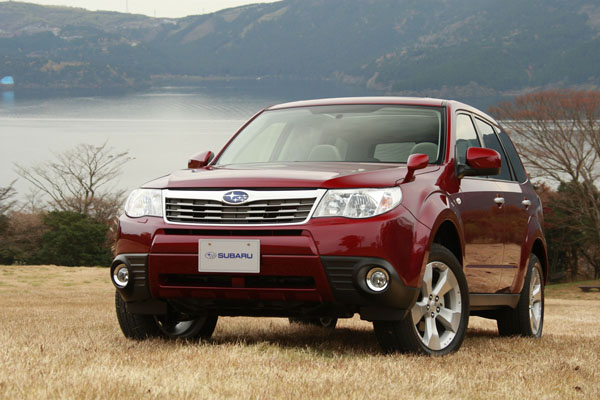 BODY COPY
Subaru is a quiet achiever in Australia, the Japanese company that has often been ahead of the pack in design. Its Forester is a classic example, decades before SUVs became king the hill in sales in Australia, Subaru was selling all-wheel-drive station wagons.

Forester was launched here in 1997 as a relatively mild looking station wagon but later morphed into a medium SUV in styling.

In this used car review we pick up Forester from February 2008 with the introduction of the third generation. It’s a practical vehicle with ground clearance which is sufficient to let adventurous families tackle moderately serious conditions in the bush and on the beach.

The next generation arrived in February 2013 and came with styling leaning even more into the tough SUV shape. A mild facelift in February 2016 saw upgrades to the infotainment system as well as revised rear seats. The latter in answer to customer comments that older kids in the back seats needed better seat support. 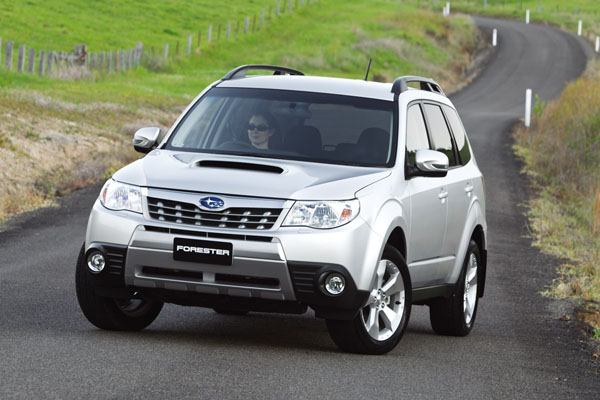 Good interior room is a real advantage of Forester’s squared-off styling. The front seats have plenty of legroom, width and headroom. The rear seat can take three people without too much of a hassle, though it’s better if they are children, rather than adults.

There’s a good luggage area and in a very Japanese manner Subaru makes much of the fact that four golf bags can fit back there. Forester has numerous handy storage areas throughout the vehicle.

Handling is pretty good for a vehicle in this class, but keep in mind the Forester is an SUV, not a sports sedan, so don’t hammer it too hard at bends. (But see our notes on the tS, our favourite model, later in this review.)

Power for the standard Forester models comes from a 2.5-litre flat-four petrol engine in either naturally-aspirated or turbocharged variants. There’s a strong emphasis on torque as Subaru owners have always appreciated practical vehicles. 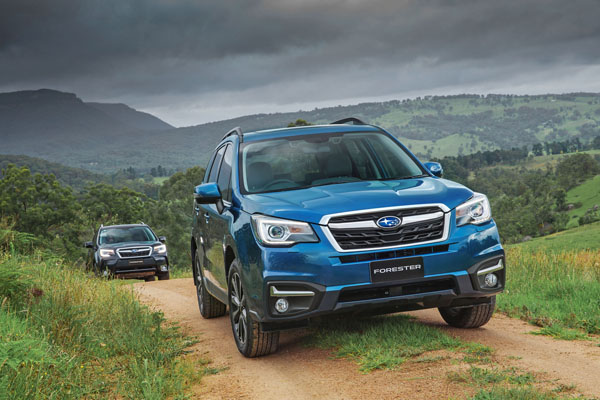 There’s also a non-turbo 2.0-litre petrol engine sold only in the lower cost models, as well as a 2.0-litre turbo-diesel. Neither of these engines have proven particularly popular, but are worth a test drive to see what you think.

An excellent enthusiasts’ vehicle is the Forester tS Special Edition introduced in 2016. Despite the use of a chequered flag on the tS badge, it’s aimed more at the grand touring (GT) market rather track day use.

Powered by a turbo-petrol 2.0-litre boxer with 177 kW, the forester tS features more dynamic suspension and bigger brakes. Though the engine is a close relation to the WRX unit it’s in a lower state of tune to make it easy to drive in day-to-day running.

Forester sT is initially built on the standard assembly line, but is then transported to the STI (Subaru Technica International) high-performance division where a further 28 items are installed.

Foresters with manual gearboxes sold in reasonably numbers, but CVT automatics are more likely to hold their value better in the long run.

Servicing and spare parts are generally reasonably priced though we have heard a few complaints about high prices on some less common parts.

Insurance premiums are generally moderate for the standard Foresters, but check on prices on the high-performance models if you’re classed as a young or inexperienced driver as you may have to pay considerably more. Also ask about what excesses will be charged if you do make a claim.

A good amateur mechanic should have no trouble doing most jobs. It’s always wise to have a workshop manual at your elbow before beginning work. Please leave the safety-related items to experts.

WHAT TO LOOK FOR
Older engines often have that typical flat-four ‘dak-dak’ beat when they get a lot of kilometres on them. If it seems too bad the engine may be approaching overhaul time. Newer ones are more refined, but it’s still wise to have them checked out.

Be wary of a Forester GT or XT that has too much turbo whine or excessive turbo lag.

On a turbocharged model, check the clutch isn’t slipping – this usually shows up on fast upchanges. Subaru makes the clutch a sacrificial component so that it fails first to protect other transmission parts.

Check underneath in case the Forester has been seriously used in off-road conditions. The front and rear bumper corners and their mountings are likely to be the first areas to suffer.

Scrutinise the door sills, the protection plates under mechanical components and the lower parts of the underbody for signs of damage.

Look at the condition of the seats, carpets and boot in case the Forester has had lots of muddy or dusty off-road use.

Lots of sand in the carpet may mean it’s spent time on the beach. If you suspect this, taste for salt in the areas under the car.

Look over the complete body for signs of crash repairs. The easiest to spot are generally poorly matching paint colours and slight ripples in the panels.

CAR BUYING TIP
Start your research on used cars at least a couple of weeks before you intend to buy to get a feel for the market, prices and which model is most likely to suit your needs.