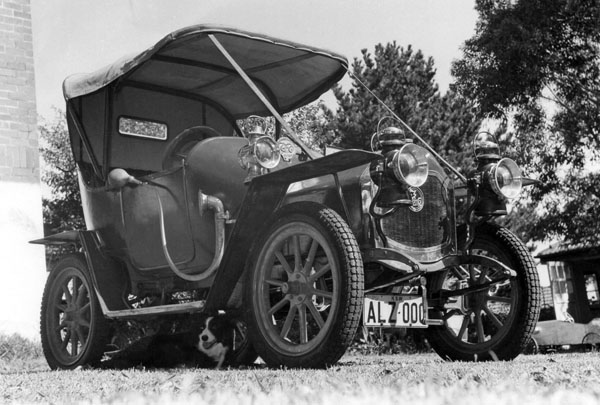 Beautifully proportioned, the French Le Zebre was an inspired design which appeared long before baby cars were a recognised fact. With a wheelbase of 1829 mm (6 ft) and an overall length of 2718 mm (less than 9 ft), she was appreciably smaller than the original Mini Minor.

When Le Zebre appeared in 1908, car designers were experimenting with every conceivable chassis layout, often placing the components where they would fit.

By chance, or by foresight, Le Zebre chose a layout which today would be considered conventional. The 600 cc single cylinder engine developed 4 horsepower at 1200 rpm.

The back axle and differential were shaft driven by a two speed gearbox, the driver having a choice between a 3 to 1 ratio in bottom gear or 1 to 1 in top.

With the engine running at full speed, Le Zebre could reach a maximum speed of 43 km/h (27 mph).

The company continued to make cars, at a factory close to Renault in Paris, until 1931.