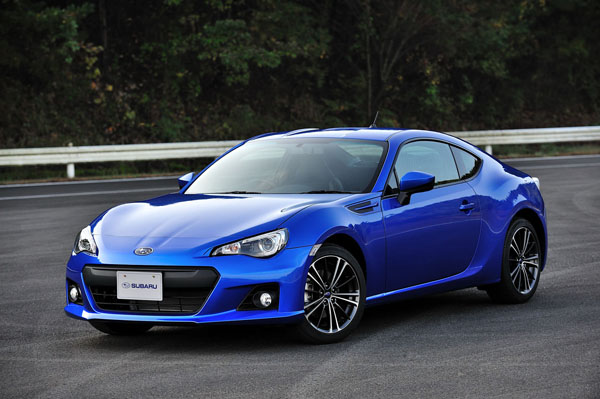 Subaru BRZ is a small rear-drive Japanese sports coupe selling for a pretty reasonable price, particularly when compared with the cost of the typical European equivalents. The Subaru’s closest competitor is the Mazda MX-5.

The BRZ is a full-on sportscar that’s simply delightful to drive, with true RWD handling, excellent throttle control and steering that talks to you. Just perfect for early morning Sunday drives on your favourite bits of road.

It’s even fine as a daily commuter thanks to the precise gearshift and light clutch. The Subaru is offered with a six-speed manual or an auto with the same number of forward ratios. The auto is a good one – but simply not in the class of a ‘real’ gearbox.

The engine features Subaru’s trademark four-cylinder boxer layout and has a capacity of 2.0 litres. It puts out 200 horsepower (or whatever that is in kilowatts).

Engine power is nothing to get excited about and even when revved to the heavens you don’t get a huge amount of hard acceleration. This is fine with us, we enjoy enjoy the skill of getting the best from a car by having it in the right gear from moment to moment. 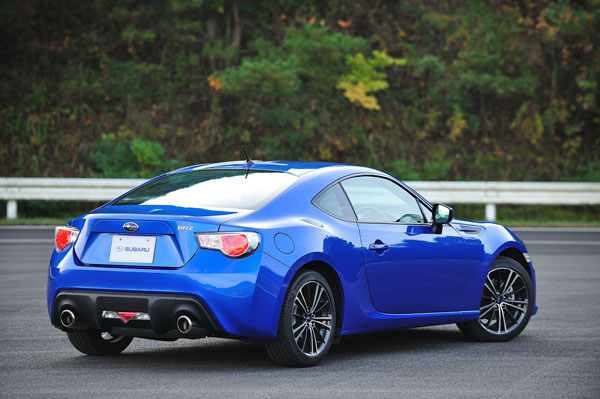 The BRZ first went on sale downunder in July 2012. Anticipating a huge demand Subaru Australia made the interesting move of selling it only on the internet. It took just over three hours for a complete sellout of the initial shipment…

After that initial burst of sales the BRZ eventually went on sale in dealerships, but not until early 2014. New car prices were lowered over the years as the ‘new-kid-on-the-block’ excitement faded and sales dropped to more normal levels.

The front seats are low and may prove awkward for some to get down into. But once you’re in there they’re firm, but comfortable, with good leg an headroom. Though the BRZ has four seats rear seat legroom is very cramped, indeed it’s non-existent when the front seats are all the way back.

Boot space is reasonable although Subaru Australia opted for a full-size spare wheel, which takes up a lot of space. If ever a car needed a space saver wheel it’s the BRZ.

A BRZ S pack by Subaru Tecnica International (STI) was offered from mid 2013. It features lowered suspension; a body kit consisting of a front spoiler, rear diffuser and spoiler, and side skirts; and 17-inch black alloy wheels. Inside there’s a Duracon gear knob on manual boxes. The engine gains a push-button start with the large button done in brilliant red. The BRZ S pack isn’t only available to new-car buyers, it could be retrofitted. 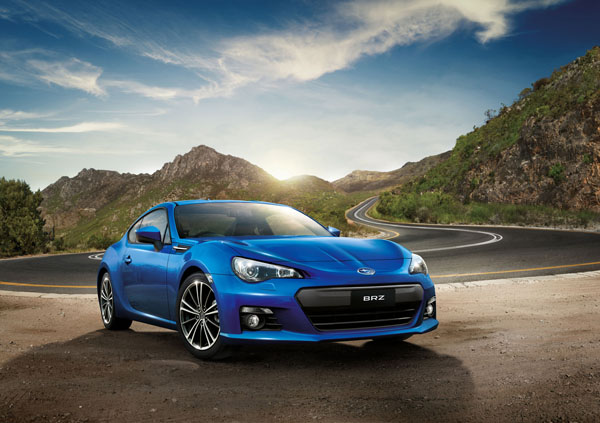 The latest BRZ was released in late 2016 with some minor design tweaks, another six horsepower and revised suspension tuning. Exterior changes includes LED headlights and taillights, a wider and lower bumper design and new-design 17-inch alloy wheels. Inside there’s optional red stitching and BRZ embossing on the front seats, modified instruments and a new steering wheel.

Incidentally, Toyota also makes a version of the Subaru BRZ, calling it the Toyota 86. It’s built in the Subaru factory and has a Subaru engine, albeit with some Toyota fuel injection bits.

WHAT TO LOOK FOR
Has the BRZ been thrashed, either legally at track days or illegally in street racing?

A roll-cage is a dead-set clue, as are signs of one having been removed.Unevenly worn tyres are a giveaway, as are damaged rims. Lowered suspension is easy to spot.

Extra instruments may be for show, or intended to keep track of constant hard work during races.

Check for a full service record, ideally from a Subaru dealer. Hard driving, such as track work may mean this work should have been done ahead of the usual time/distance requirements.

The engine should start easily and idle smoothly as soon as it fires up. If it doesn’t get a dealer to check it out asap as there were timing and injection problems in some cars.

For some reason Japanese cars seem prone to water getting into head and taillights. BRZ headlights seem to be fine but we’ve seen some rear lights with the telltale misty look.

CAR BUYING TIP
Sportscars that are driven like sportscars (not a particularly common event) are likely to have considerably more wear and tear. Beware…