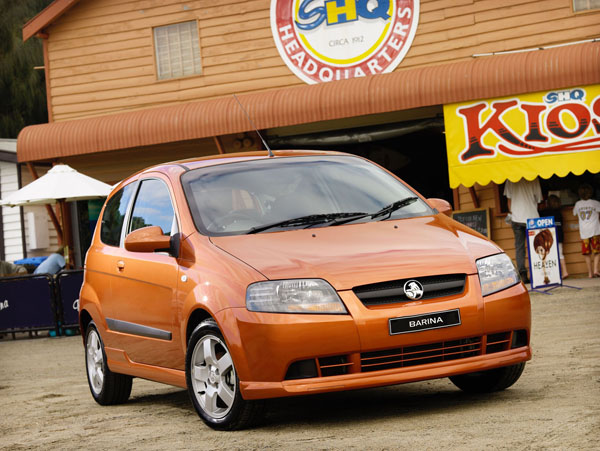 Holden Barina is a small car that’s generally tough in its build and put together to a good standard. It has a good reputation for being simple to drive and park and long lasting if driven and serviced correctly.

It was the smallest car sold in Australia by Holden for many years, an even smaller model, called Barina Spark and later just plain Spark was sold from 2010, but isn’t the model being surveyed here.

The first Barinas were made by Japanese Suzuki and introduced here in 1989, then from 1994 they came from German car maker Opel. These are at or past their use-by date so won’t be covered here.

From December 2005, Barinas have been produced by the South Korean company Daewoo, now called GM-Korea, it has quite a few Australian engineers and designers on site so there’s Aussie tuning in them. The car used some of the underpinnings developed by Opel and was very much a global machine.

A virtually all-new model, tagged the TK series Barina was introduced in October 2011. Considerably more sophisticated than its predecessors it had electronically stability program, as well as infotainment technology that included GM’s MyLink system.

Holden Barina is sold as a three-door or five-door hatch, or a four-door sedan, the latter not offered at all times. 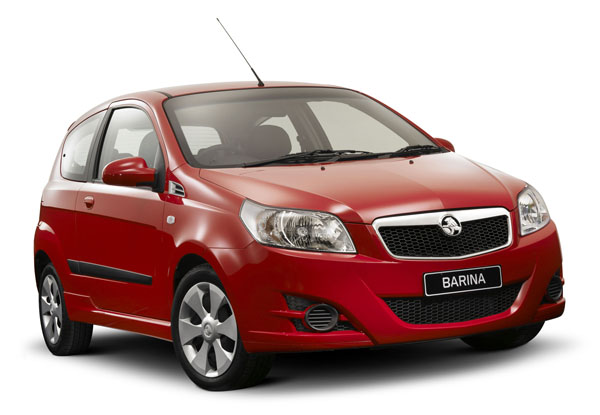 Occupant space in the front seats is fine for a car of its size. Rear seat legroom is restricted unless those in the front are prepared to give up some of their space. Most Aussie Barinas are used by single or couples, but we have seen some working as small family cars.

Boot space is marginal, but the rear-seat backrests can be folded down to increase luggage room when required.

All Barinas have four-cylinder engines. Though the engine is small, performance is reasonably good because of the light weight of the car. Try for yourself if you are likely to be carrying largish loads or driving in hilly conditions.

Five-speed manual gearboxes are probably the best bet unless you are going to be doing a lot of heavy-duty commuting. Automatic transmissions are not too bad, particularly in six-speed format installed in the TK series. Again, test drive it yourself.

Barinas are reasonably easy for the amateur mechanic to service and repair, though the underbonnet area is on the crowded side and work can be frustrating at times. Having a workshop manual on hand before you lift the bonnet makes a lot of sense.

Insurance charges are generally reasonable and there doesn’t seem to be a major difference in prices from company to company. As always, it’s smart to shop around, making sure you’re comparing apples with apples. 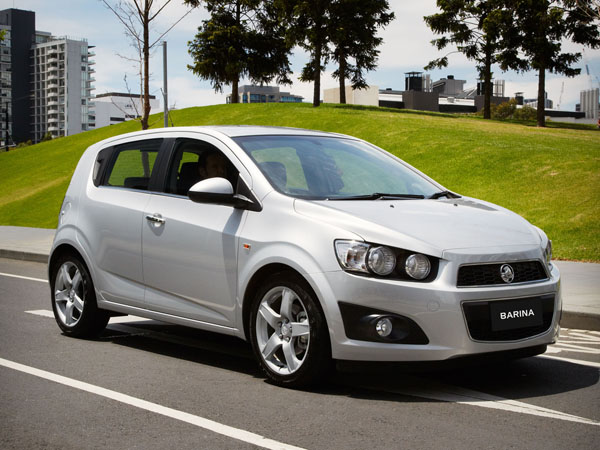 WHAT TO LOOK FOR
The engine should start reasonably quickly and idle without too much movement.

After the engine has been idling for a minute or so, hit the accelerator pedal and look for a puff of smoke from the exhaust. This could indicate serious engine wear.

Make some fast gearchanges and listen and feel for a manual gearbox that baulks or crashes. The problem usually shows up in the critical third-to-second downchange before any others.

Look for front tyres that are worn unevenly. This could be caused by something as simple as poor wheel alignment, but it could also mean the body has been twisted in a prang.

CAR BUYING TIP
Look first at that left front wheel for signs of damage, it’s generally the one to suffer if a driver stuffs up while parking.