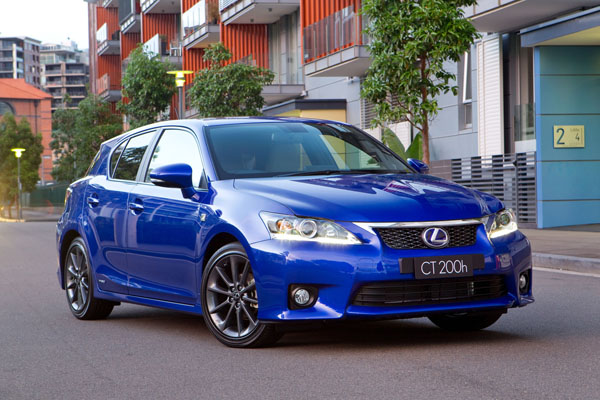 Lexus is getting increasingly serious about its emission-reducing hybrid cars. The Lexus CT200 was the first model to be sold in Australia only as a hybrid, there was no pure-petrol option. But in 2018 it was joined by the all-new Lexus ES.

Lexus’ parent company Toyota is also pushing hard on its hybrids, with the new Corolla hybrid being launched late in 2017 to join the recently updated Toyota Camry hybrid.

Meaning that hybrids are becoming increasingly considered in by Australian buyers. So might be a time to get into a Lexus CT200h as resale values are lower that we feel they should be, and the aforementioned recent changes may change that.

Lexus CT200h is a five-door hatchback with styling that is away from the norm. A facelift in April 2014 added the Lexus ‘spindle grille’ shape at the front. Inside, technology was significantly increased and there were changes to the trim designs.

Another facelift in October 2017 again saw stylings change, with a fashionable honeycomb grille. The tailgate was renewed to encompass the ‘L’ shaped lights used in later model Lexuses. This MY18s aren’t appearing on the used car market to any real extent so we won’t examine them here. 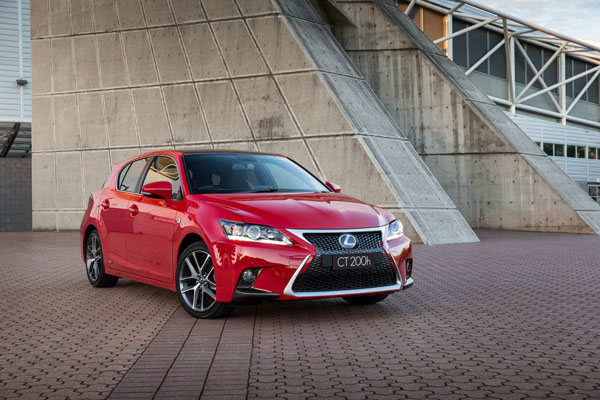 Smoothness and quietness are major features in all Lexus models. Though the CT200h isn’t quite in the same class as its bigger brothers it is still very pleasant to travel in. Refinements to the body and suspension in the 2014 facelift further reduced noise levels.

Lexus CT200h is still on the new-car market after close to seven years so a new model surely cannot be too far away.

The CT200h’s interior is finished to a high quality both in materials and fit and finish. Interior space is good in the front seat but the back is tight for legroom and you may need to juggle the front seats to make space for four adults. The typical mum, day and two kids family will find it fine. Check the boot, though, as it’s relatively shallow and may not suit full-on family needs.

While far from being a hot hatch the CT200h has a touch of sporting flair thanks to the sharp throttle responses that we love in all electric, or part-electric vehicles.

Lexus CT200h has a 1.8-litre petrol engine assisted by an electric motor and drives the front wheels through a CVT automatic. There are four driving modes. EV (electric-only), Eco, Normal and Sport.

Surprisingly is there were no changes to the drive system as part of the 2014 or 2017 makeovers.

Official fuel consumption numbers on hybrids are less realistic than in any other powertrain. Lexus can quote 4.1 L/100km, but in real life most use 25 to 50 per cent over that.

There is an ever increasing number of Lexus dealers in Australia. These are generally in the major metro areas quite a few country cities are also covered. Some topline Toyota technicians have been trained to work on Lexus models in case you have troubles away from civilisation.

Amateur mechanics should stick strictly to simple work on these cars.

Spare parts and servicing cost and availably are about average for a car in the upmarket class.

WHAT TO LOOK FOR
We suggest you don’t even consider a car like this unless the service books are up to date.

Rough roads can knock the CT200h about as it’s really a city car. If one has been bashed over bad roads there may be squeaks from the body and trim. So it makes sense to find some bumpy stuff during your test drive.

As the Lexus is relatively low slung for aerodynamic reasons it can suffer scrapes under the front bumper. If these are out of sight and only minor they can possibly be ignored.

On the earliest models some build quality problems were reported on overseas cars, these appear to have been sorted by the time the cars were introduced to Australia.

Look over the trim as the CT200h is built down to a price compared with the topline Lexus models and hard use, or mistreatment by children may have caused excessive wear.

Other than that, make the usual walk around of the little Lexus for signs of crash repairs, uneven tyre wear and body scratches.

CAR BUYING TIP
Always do a quick walk around a car for obvious faults, this makes more sense that diving deeply into a specific area.