The end is nigh for the Australian built Holden Commodore, with the factory closing down in October. The nameplate will continue, albeit on a slightly smaller imported model made by Opel in Europe.

What does this mean for the Aussie Commodore, and should you rush in and buy one now?

Our crystal ball is pretty murky looking, but the light that is showing through suggests that V8s, particularly special editions, may become a little more valuable, or at least depreciate at a lower rate. Manuals may do better than autos.

Standard Commodores, especially those with six-cylinder engine and automatic transmission have been built by the hundreds of thousands over decades and rarity is unlikely to kick in until the far side of 2037 … maybe even later.

HSVs are another topic altogether, and it seems that some models that are already highly regarded. Ask us again in a couple of years and we will review our hindsight.

Commodore is a genuine five-seater as it’s wider than just about every other car on the market. But the person in the centre-rear seat will find foot space compromised by the transmission tunnel necessitated by rear-wheel drive. 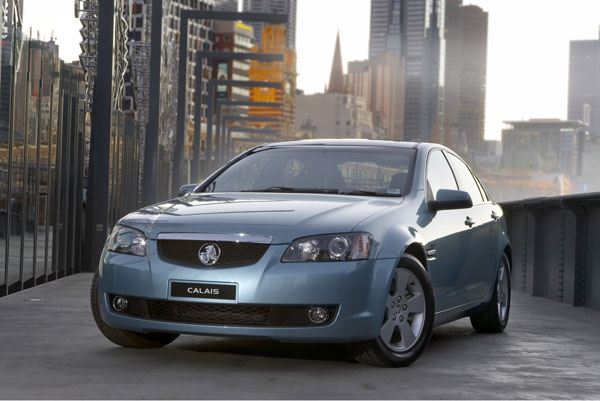 Wagons in the VE range, sold from September 2009, have the same wheelbase as the sedan, so they miss out on the huge load volume of their predecessors. Holden came up with the tag ‘Sportwagon’ to try and justify the loss of cargo space.

Boot space is good in the sedan and excellent in the wagon due to the latter’s longer wheelbase, prior to the VE series. They may have done a lot of hard work in the hands of uncaring sales reps and the like, so choose carefully.

Handling is impressive for a car of this size. Yet the Commodore provides comfort even when being bashed along bush roads that have seen better days, not to mention corrugated dirt roads.

Roads that show up weaknesses in very expensive German cars of the same size class as the Holden are traversed in comfort by Commodores.

The introduction of the virtually all-new VE Commodore sedans in August 2006 saw a touch of European class in the styling and real enhancements to the ride and handling qualities. This gen-four Commodore is the one you should regard as the starting point if your budget is up to it.

The VE was significantly upgraded and sold as the VF from February 2013. Finally, the VF Series II arrived in September 2015. It featured more changes than had been anticipated, particularly in styling. The V8 models had engines that were virtually lifted directly from the HSV range.

The VZ Commodore saw the introduction of an all-new V6 engine. A forerunner to the unit fitted to the VE Commodore, it was a twin-cam unit of 3.6 litres. There were some improvements in feel when the engine was installed in the VE, but the engine still disappoints in this area despite several attempts to improve it over the years.

A smaller V6, this time of 3.0 litres and aimed at lower fuel consumption and emissions, was introduced in September 2009. It hasn’t been popular but is a more sophisticated unit than its bigger brother.

Note that the most upmarket models aren’t called Commodore, rather they are tagged Holden Calais. Crammed with luxury gear, at least by the standards of their time, they are often driven relatively gently by sensible owners. No promises, though…

Holden Commodores are pretty easy to work on with good access to most mechanical components. The competent amateur mechanic can do most of their own repairs although it’s best to leave safety related items to professional mechanics.

Spare parts prices are generally reasonably priced and Holden’s widespread dealer network is as strong in the bush as the metro areas.

Insurance is pretty reasonable for a car of this size and performance, though there can be added charges for the sportier models, especially those with V8 engines, even more so for young and/or inexperienced drivers.

WHAT TO LOOK FOR
Rust is seldom a problem in later model Commodores, but can be caused by poor quality panel repairs. Check for these by running your eye over the panels, looking for a slightly uneven finish.

Paint that doesn’t match exactly from one panel to another is another clue a car has spent time in a panel beater’s.

Squeaks and rattles, most easily found when driving on a rough road, may indicate a Commodore has spent a lot of its time in the bush on dirt roads.

Severe wear in the cabin and boot may be an indication the Commodore is an ex-taxi; or could have been a hard-working commercial vehicle, perhaps driven by a hard charging sales rep or the like.

Check for brake fade on models before the VE Commodore by doing a succession of hard stops.

Look for oil leaks at the rear of the engine sump and check the dipstick level as some units had high oil consumption problems.

Automatic transmissions are generally OK, but one that is slow to go into gear and/or noisy and harsh in its operation should be treated with caution.

CAR BUYING TIP
The Commodore was the best selling car in Australia for many years so there are hundreds on sale at any one time. Take your time and find exactly which one suits your needs.