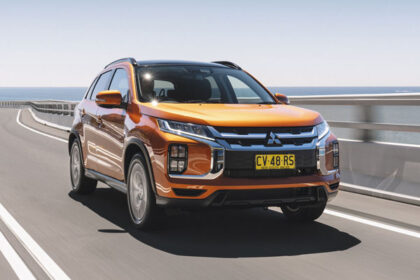 Mitsubishi has made significant revisions to its ASX small SUV. It’s been on sale here since 2010 and frequently outsells all others in its class due to keen pricing. These latest revisions have resulted in minor price increases but it still offers excellent value for money. The most significant changes are a 2.4-litre engine that joins the existing 2.0-litre unit. It is fitted to the top of the line Exceed and the sporty GSR The revised Mitsubishi ASX ES, LS and Exceed are available now, but the MR and GSR… Read more 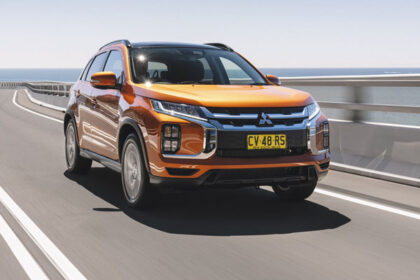 Mitsubishi Australia has announced details of major revisions to its small SUV, the ASX. Though it’s been on sale here since 2010 it frequently outsells all others in its class. To be frank, the main reason for that is the low prices achieved because it’s capital costs have been paid off. The Japan giant has long been a major player in the SUV and 4WD arenas – think Mitsubishi Outlander, Eclipse Cross, Pajero Sport and Pajero – not to forget the Triton pickup truck which is also selling its wheels… Read more 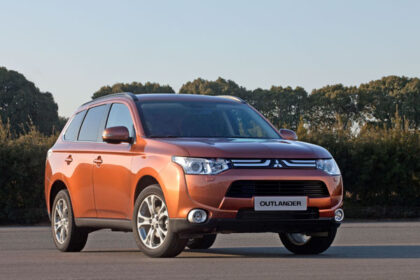 Mitsubishi Outlander is larger than average for its SUV class and can be ordered with five or seven seats. It’s been around since February 2003, in this review we will be looking at models from January 2012 as these are noticeably more refined than earlier ones. Early in the piece Mitsubishi had realised few buyers were buying ‘real’ 4WDs or SUVs, but wanted a spacious family wagon and so introduced Outlander. On-road the Mitsubishi Outlander is capable and generally quiet and comfortable to ride in. Some owners complain about the… Read more 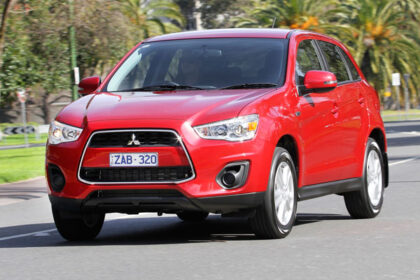 Mitsubishi ASX has just entered its 10th year on the Australian market, that’s an eternity by the today’s standards of new vehicle releases. But with some upgrades and attractively low prices it continues to be a big seller on the new car market. Meaning there are plenty on the used car scene – take advantage of this by shopping around the many on offer. The Japanese Mitsubishi Corporation has been a major player in the heavy duty Australian 4WD and SUV field for many decades. However, the subject of this… Read more

Back before SUVs became the flavour of the year and cars were king of the sales charts, Mitsubishi launched its Challenger in 1996. It was a seriously tough vehicle, virtually a Triton pickup with a wagon body it was very good off-road, though often on the harsh side in daily road driving. It became smoother as gradual changes were made. However, the virtually all-new Challenger of 2009 being reviewed here, while still based on the pickup, is more sophisticated and tuned to suit family SUV buyers. Testing and tuning of… Read more 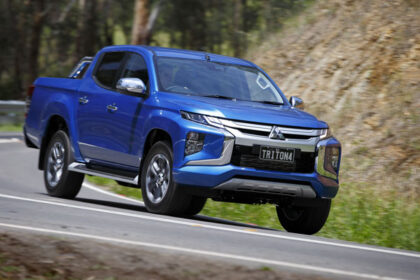 The Triton has carried the weight of Mitsubishi light truck expectations for more than 40 years, and with the model year ’19 range, there’s no sign of them being offloaded any time soon. As I write this the Triton lies in overall third spot on the vehicle sales charts in Australia. Mitsubishi Australia is keen to keep its place in a weakened vehicle market, with the current model Triton, it says, combining the pick-up truck with passenger car levels of comfort for private and commercial purposes. It carries over, and… Read more 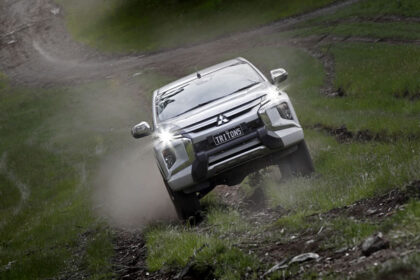 Mitsubishi Australia is on a roll at the moment, cleverly realising that pickup trucks are the flavour of the year. The company has virtually stopped all sales of sedans and is concentrating on pickups and SUVs. Hence this big makeover of the Triton ute / pickup. After a briefing on the latest Triton a few weeks back we have finally spent a solid day behind the wheel. More about this in a moment, suffice to say it involved plenty of genuine off-road work. Though not completely new Triton has received… Read more

The past 12 months have been very successful for Mitsubishi with the Japanese importer moving up to fourth place in overall Australian vehicle sales behind Toyota, Mazda and Hyundai. With sales of just over 7500 units during 2018 much of that success can be attributed to the most recent addition to the range, the Eclipse Cross which was launched at the end of 2017. Eclipse Cross is the fifth member of the Mitsubishi SUV family. It snuggles into the space between the compact ASX and the medium-large Outlander (all three… Read more 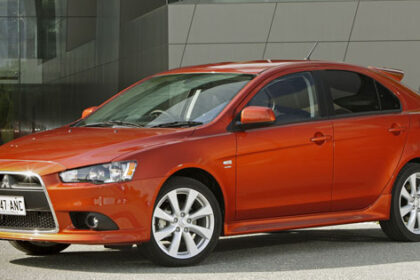 Mitsubishi Lancer began life way back in as a small car, then gradually morphed into a medium-sized model. The new model launched in October 2007 was significantly larger than its honourable ancestors and can be used as a family car. These are the Lancers being reviewed here. A four-door sedan was initially the only body launched in this generation, but was soon joined by a five-door hatchback. Mitsubishi has long been strong in SUVs and the decision to concentrate on models like the ASX, rather than the Lancer as the… Read more 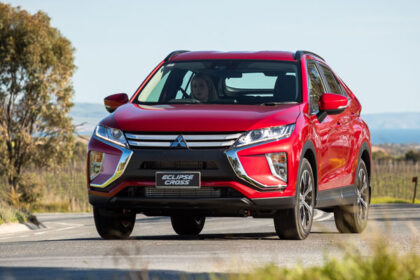 Mitsubishi’s Eclipse Cross sits somewhere between the Japanese marque’s ASX and Outlander but has a personality all of its own. Its compact dimensions belie its spaciousness and complemented by generous inclusions, this SUV is punching above its weight. The Eclipse Cross is offered here in Australia in three grades, the mid-level LS, the newly arrived entry-level ES and the top-spec Exceed. The versatile crossover is pushing hard to make its mark in a segment that surprisingly still has some wiggle room. STYLING The Eclipse Cross may very well be one… Read more