In Europe, the Golf is often seen as a full-sized car and it’s not unusual to see them with four adults inside. Aussies tend to regard them more as transport for a family with pre-teen children, but if you live in an inner city area in Melbourne of Sydney a Golf may fill all your motoring needs.

Still regarded as a benchmark car in its class if you’re a keen driver, the Volkswagen Golf has had its ups and downs in recent years. Once famed for German build quality and long-term reliability it has experienced more than its fair share of problems.

Would I still buy a used Golf? As a driving enthusiast, and the owner of four VWs over the years, my answer is still yes – but only after having checked its full service history and getting a full inspection by a Volkswagen trained mechanic.

And I would make sure there are some spare dollars in the bank just in case. Your call…

The great majority of Golf in Australia are five-door door hatchbacks, there are also three-door hatches, five-door station wagons and a cabriolet. The ‘Golf’ four-door sedan is called Jetta. 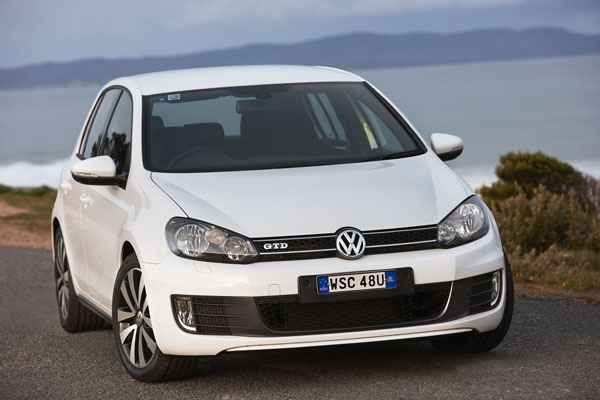 Boot space in the sedans is substantially better than in the hatches and Jetta is certainly worth consideration.

Golf Cabriolet was initially replaced by the New Beetle Cabriolet, but in a surprise move, VW Australia reintroduced the open top Golf in 2012.

Four-cylinder turbo-petrol engines are the most common, though there are plenty of turbo-diesel units in Australia these days as VW has been prompting these here for quite a few years. (See information in the What To Look For section of the story about ‘Dieselgate’ engines.)

Most transmissions in this country are dual-clutch automatics, with six speeds beside the diesels and seven when mated to petrols. The VW group was in the vanguard of this auto type (calling them DSGs). The early units were on the painful side at very slow speeds, later ones are better, but could still do with improvement.

Six-speed manuals are less popular Downunder, though we do prefer them and suggest you at least give one a try if you’re a keen driver. 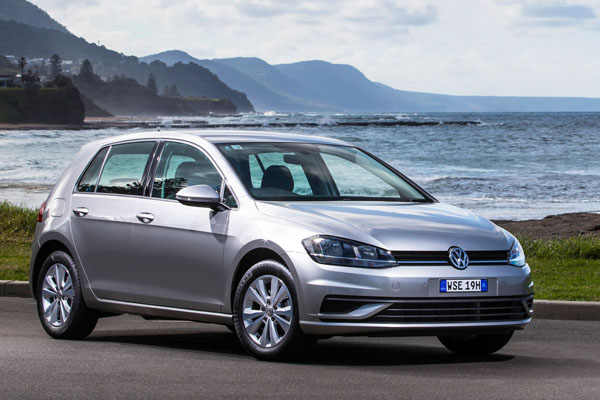 Those who enjoy a really good drive should consider the VW Golf GTi. A fun machine for the keen driver, it’s showing signs of becoming a minor classic in the Australian hot-hatch market.

Then there’s the Golf R range of hotshots. These used to have a 3.2-litre V6 and are tagged Golf R32. The latest model, launched in 2011, takes a different tack, going for 2.0 litres four cylinders and a high-pressure turbo. This led to a name chance to simply Golf R – somehow it wouldn’t have been right to replace the R32 with an R20.

This VW is a relatively easy car to work on and spare parts are not overly expensive. The dealer network has expanded from the company’s low point in Australia during the mid-1990s and nowadays we seldom hear complaints about parts availability or servicing.

Insurance charges are about average for an imported European car in this class. The high-performance Golf GTi may attract higher premiums, the Golf R32 and Golf R will probably be loaded, especially if you’re young ardor inexperienced.

WHAT TO LOOK FOR
Some Golf diesel engines from 2008 to 2015 are the subject of a voluntary recall to modify them following the so-called ‘Dieselgate’ emissions scandal. If the work has been done a label will be attached inside the left front door frame. You can contact Volkswagen on 1800 504 076 between 8:30am and 7:00pm Monday to Friday (AEST) to check.

Ensure that dual-clutch DSG transmissions are positive in their shifts and don’t hesitate too much at very low speeds.

DSG automatics in the Golf 6 had serious problems resulting in a voluntary recall by VW Australia. In some cases the complete unit had to be replaced, in others they were repaired. Golf 7 units appear to be significantly better. Have a qualified mechanic drive the car if there’s the slightest doubt.

Make sure a manual gearbox doesn’t crunch on fast downchanges. This is more likely to have been caused by hard and/or bad driving technique than a defect in the box.

Check the engine oil for darkening, and make sure the sump is full to the correct mark. Low engine oil, and they do seem to use more than their fair share at times, can cause a catastrophic failure.

Look for smoke from the exhaust when the engine is driven hard, particularly on long uphill runs.

Check all electric components are working correctly and that no warning lights appear during your test drive.

Feel and look for uneven tyre wear, particularly on the front wheels. This may mean the wheel has been crashed into a kerb, or that the car has been thrashed.

CAR BUYING TIP
Talk to your insurance company before buying another car. Some automatically cover your next car for a set period, others may want you to notify them immediately.