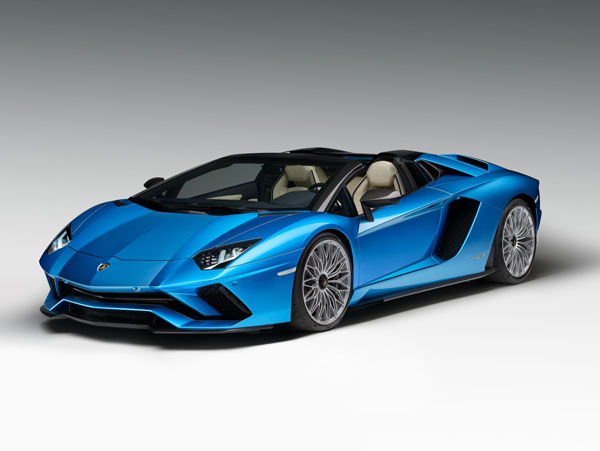 Lamborghini Aventador S Roadster is to be displayed at the Frankfurt motor show, but the Italian maker has released early photos and tech details in advance. 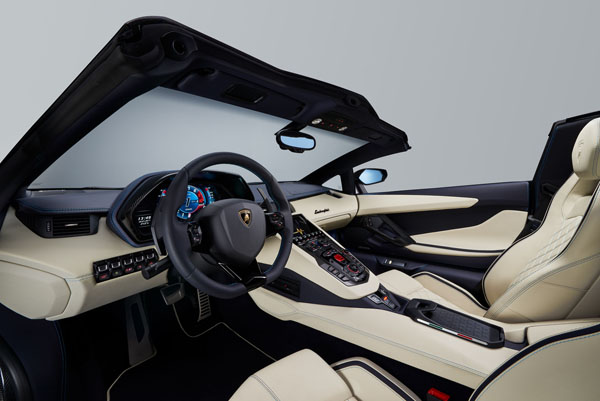 Removable hardtop roof panels weigh less than six kg and an easy fastening system allows the roof panels to be quickly removed and stored in the front luggage area. The tiny rear window is electrically operated at the push of a button.

Lamborghini Aventador S Roadster is to be launched in the a fascinating blue colour called Ad Personam Color Blu Aegir. We are told is, “inspired by the peaceful turquoise ocean hiding an indomitable force beneath.” So there… 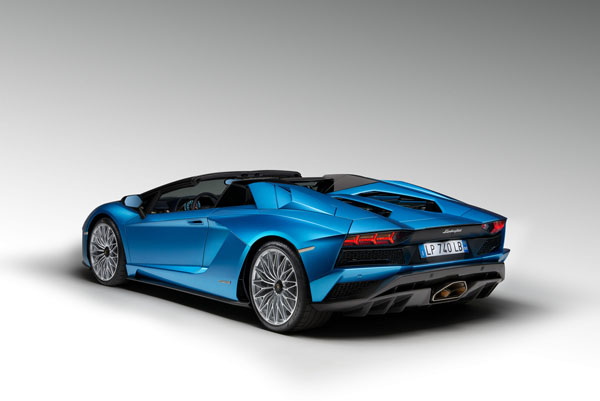 The door mirrors and windscreen frame are finished in high gloss carbon fibre. The lower parts of the Aventador, including front and rear bumper, side skirts, air intakes and outlets are in visible carbon fibre.

We are advised that the first customers will take delivery in February 2018 in Europe and selected other countries. Nothing has been advised for Australia at this stage, nor have prices. Expect the latter to be in the range of $850,000.