Twelve months ago, for me the south-western Queensland town of Birdsville was an island of disappointment in a sea of despair, my being in a group of late scratchings for a proposed run to the annual Birdsville Races.

The iconic town was completely cut off by road after a deluge of unprecedented proportions just as a group of motoring media, me included, was about to drive the track there in Mazda BT-50 utes.

Under starter’s orders:
To their credit, the folk at Mazda this month came up trumps and we flew to Leigh Creek in South Australia to pick up top-of-the-range BT-50s, co-driver colleagues, and head for a day at the races. 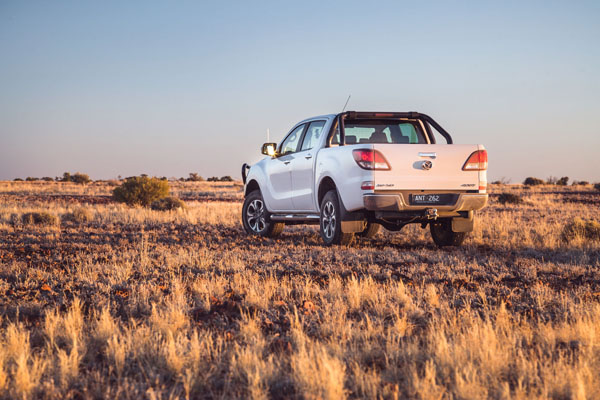 The 3.2-litre diesel engine of the trucks on the run had an inline five-cylinder configuration with four valves per cylinder, a turbocharger with an intercooler and common-rail direct injection technology.

The engine is longitudinally positioned closer to the vehicle’s centre of gravity to minimise twisting effect. The greater-than-normal number of cylinders means shorter but consistent combustion intervals and therefore limited vibration and noise, a boon we found in the red-flagged rutted road ahead. 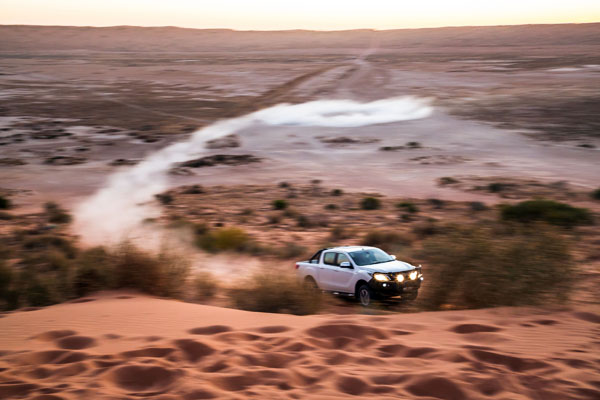 Finally, an electronically controlled, shift-on-the-fly transfer case enabled the driver to shift between 2WD and 4WD at will via a knob on the centre console. Low-range gearing giving extra torque or downhill braking, found handy on an off-piste trip to come later down the track. 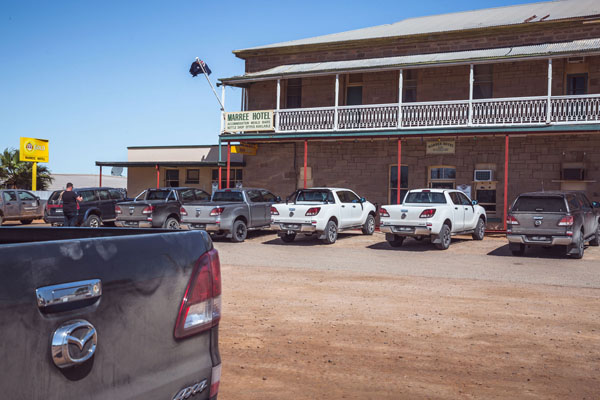 They’re off:
First stop was Marree, a small town in South Australia at the confluence of the Oodnadatta and Birdsville tracks, the site of the first mosque in Australia, a timber and mud brick building built by Afghan cameleers employed in the area. The town was later to become a busy railhead for the cattle industry and stopping spot for The Ghan, now a famous tourist train, until the 1980s.

It was here the convoy joined the Birdsville Track, which runs through some of the most challenging sandy and stony desert country in Australia, and headed for a stopover at Clayton Station and a night under canvas and a stellar sky spectacular.

The following day started well but went awry when I missed the turn-off to a scheduled fuel stop at Mungeranie Roadhouse. Worse was to come when a piece of luggage on the back seat of the BT-50 dislodged and knocked out the connection of our CB radio. 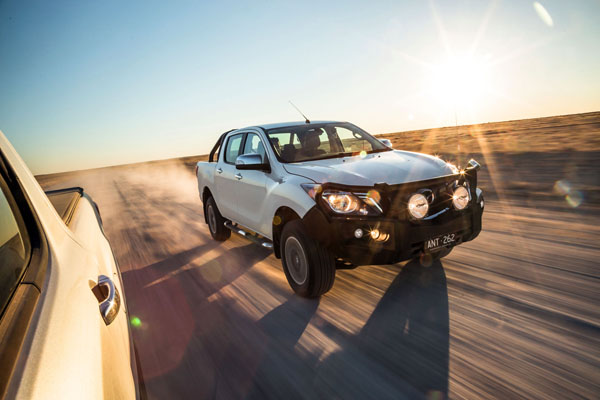 Contact with the convoy was lost and it took more than 30 kilometres for a Mazda tech to run us down and turn us back to take on fuel. Constant dust and road corrugation no longer held the same inconvenience.

The final furlong:
After 600 kilometres we travellers rode into Birdsville, a town in south-west Queensland with a permanent population of around 100, but for three days a year swelling to around 7000 folk for the festival, which can be best described as a superannuated schoolies where red frogs are replaced by rednecks keeping the likes of Fred Brophy’s Boxing Tent flat out.

An aside for the scribes came with a trip to Big Red where the 147 kW and 470 Nm of the five-pot diesel motor, plus six-speed auto tranny and shift-on-the-fly low range four-wheel drive, had the BT-50s scrambling up the giant sand dune time and time again.

Cup day dawned and it was time to break out the broad-brimmed Akubras and RM Williams footwear. It was off to the races, where not only was our driver breath tested outside the track after the races, he had been required to blow in the bag on the way into the course.

As for the bitumen-challenged car park, a paddock provided a breathtaking bucolic backdrop to the whole affair – not a sedan or hatchback in sight – just row after row of off-road machines draped in dust of various hues.

The winner’s circle:
The scribes were duly ensconced in the VIP tent, which hinted at the Royal Enclosure at Ascot with the arrival of the Queen’s Aussie, Governor-General Sir Peter Cosgrove, and Lady Cosgrove, guests of honour for the day.

Also on hand were a handful of TV celebrities including Lincoln Lewis, one of Queensland’s own royalty as a member of the Lewis clan headed by former rugby league great ‘King’ Wally.

Celebrities aside, all eyes were on the main event, the 135th running of the Birdsville Cup, which duly delivered joy to holders of winning tickets. My pick ran a place, which went some way to easing the pain of several earlier choices that I think may still be running.

The judges duly saluted, travel time constraints of our group necessitated a charter aircraft from Birdsville to meet connecting flights for home bases. As motoring media not averse to the trappings of wealth in the odd luxury test vehicle, the Dassault Falcon executive jet delivered me and half a dozen of my cohorts in comfort usually reserved for the well to do. It was a fitting end to the day and the belated adventure.

From the horse’s mouth:
Throughout the road trip, the Mazda BT-50 had aimed to transport us city types likewise, with a great deal of success, on tracks heavily corrugated and rutted by the elements, while averaging fuel consumption of 12 litres per 100 kilometres.

It was good to experience a genuine four-wheel-drive vehicle doing what it is meant to do – tackle tough going without fuss or high cost – and not expensively cluttering up city streets, or meandering in the outside lanes of motorways.