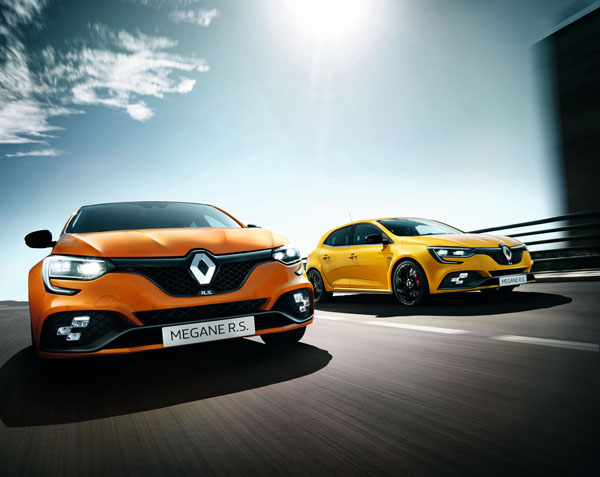 Renault has made major changes to its Megane R.S. range. The biggest news is the introduction of an Efficient Dual Clutch (EDC) automatic to the Cup chassis model.

The auto is already in use in the Sport chassis and has been strengthened to withstand the torque and revs of a high-performance engine.

The EDC transmission also receives Multi-Change Down and Launch Control. Multi-Change Down drops several gears under braking by pressing and holding the left paddle. The best gear is then selected to exit a corner as efficiently as possible.

Launch Control is available in Sport and Race modes when the clutch and turbo are preloaded, enabling an optimum standing start. When in Sport mode, traction control provides the driver with additional support.

The Renault Megane R.S. Sport chassis aimed at driver who like a sporty, but still refined, drive. The Megane R.S. Cup chassis has revised springs, dampers and bump stops and is it is 10 per cent stiffer than the Sport chassis.