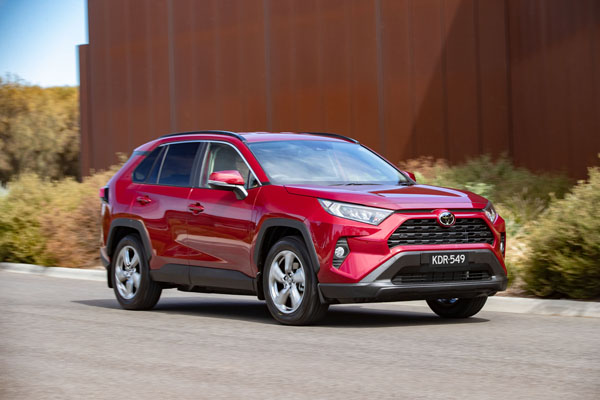 Twenty five years after the first Toyota RAV4 arrived Downunder, Toyota is about to launch the fifth generation.

In the intervening years SUVs have begun to dominate the market and now outsell passenger cars. Toyota is number one overall in our market and wants to make the midsize RAV4 a major player in its segment.

New RAV4 is slightly shorter and lower than the model it supersedes, but has a wider body. It sits on a longer wheelbase and has wider front and rear tracks.

The rear load space has been extended by 65mm and now offers an impressive 580 litres. It features a two-level reversible floor for added functionality. However this is not available with the full-size spare wheel option.

Prices range from $30,640 for a 2WD (the front wheels) petrol manual, to $47,140 for the topline RAV4 Edge AWD automatic, with nine other models between them.

The RAV4 comes with 2WD, or mechanical or electric AWD systems, and a choice of two new petrol engines, as well as hybrid models.This time around there is no turbo-diesel option. 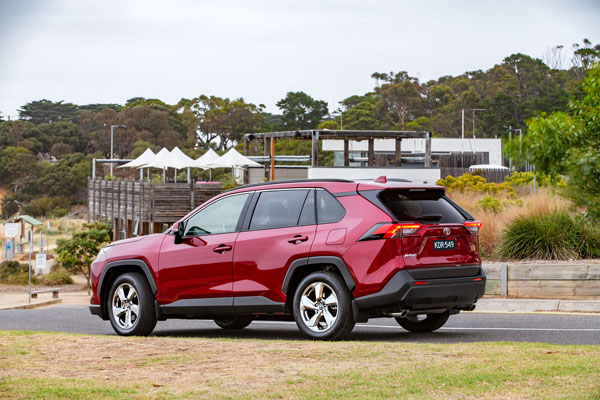 Toyota Australia Vice President Sales and Marketing, Sean Hanley said, “Toyota has consistently offered its groundbreaking hybrid powertrains in a variety of models since it was first introduced to Australia in the Prius 18 years ago and this latest generation technology is ideally suited to the new RAV4.”

Most non-hybrid RAV4s are all powered by a new design 2.0-litre four-cylinder engine with 127kW and 203Nm, driving through a CVT automatic with a launch gear mechanism.

Topping the new RAV4 range is what Toyota Australia calls “the adventure-focussed” Edge AWD variant. It has a new 152 kW / 243 Nm 2.5-litre petrol engine that drives through a conventional eight-speed automatic.

The AWD system in the Edge features a multi-terrain select system that offers different modes for mud & sand, rock & dirt and snow environments.

At this stage we have not driven the new Toyota RAV4 but will do so as soon as possible and provide our opinions immediately afterwards.