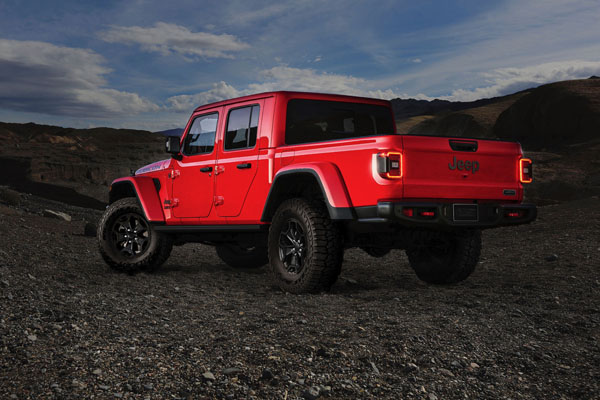 The Jeep Gladiator Launch Edition for Australia is a run of 100 units. It’s a fully loaded Rubicon model with special badging, wheels and interior accents.

It has a fold-down windscreen and removable Freedom Panels to make it a true open-air 4×4 truck. The forward-facing off-road camera lets the driver see obstructions on the trail ahead.

Jeep Gladiator is powered by a 3.6-litre Pentastar V6. Tru-Lock front and rear locking differentials provide extra torque and grip during slippery, low-traction situations, such as driving over sand, gravel,

Jeep Gladiator Launch Edition is available for order from $86,450 MSRP.