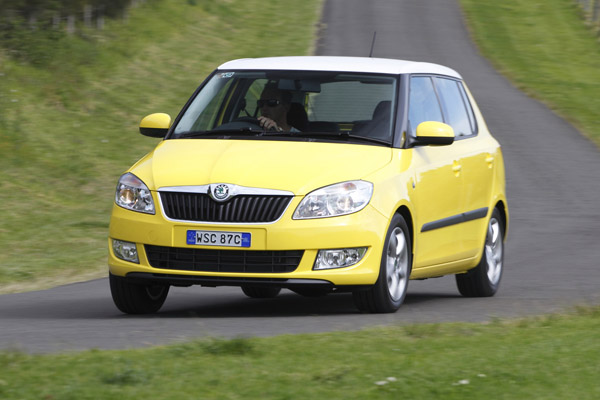 Skoda is one of the relatively minor players in the huge Volkswagen Group. This week we concentrate on the smallest model, the Fabia. Many are not aware that it uses many out-of-sight components as the Audi A1 and Volkswagen Polo.

Fabia landed in Australia in October 2011 with a five-door hatchback sold as a standard model as well as an interesting Monte Carlo version. Aimed at stealing sales from the fashion conscious MINI the Monte offered customising, including different trim colours and the option of a roof in a different colour to the rest of the body. Might be worth trying to hunt down one of these on the used market as some were quite fun.

June 2012 saw a major expansion of the Fabia range imported Downunder, with the introduction of a station wagon, as well as an RS high-performance version.

The Fabia wagon has a clever Varioflex seating system that lets each of the three rear seats be removed individually. You can remove the centre-rear seat then slide the two outer seats closer together – or further apart, to accommodate the wishes of the occupants. Or leave the rear seats at home to convert the wagon into a small van.

Skoda Fabia RS has the interesting 1.4-litre Twincharger Volkswagen Group engine, meaning it has a supercharger as well as a turbocharger. An output of 132 kW isn’t huge, but in a light car it provides plenty of performance.

July 2015 saw the launch of the third generation Fabia to Australia (gen-one wasn’t sold here). The hatch is a tad shorter than the gen-two model, though only by eight millimetres. However, it’s a significant 90 mm wider to provide more interior space. It’s 31 mm lower than its predecessor to give it a sportier look. 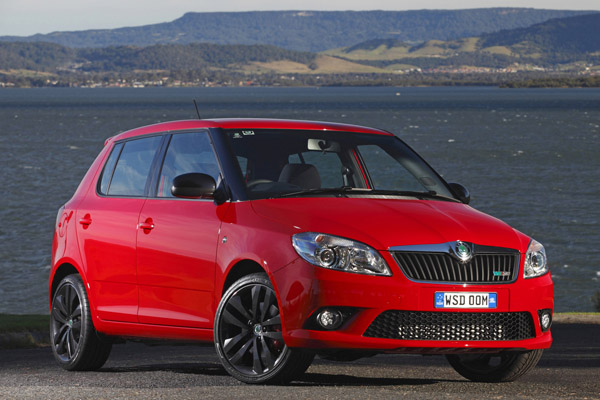 Skoda’s Colour Concept option gives buyers a choice of four colours for the roof, including the A-pillars. Even the door mirror housings have a colour choice; silver, white, black or red. The interior is also offered in an array of colours and combinations.

The Fabia station wagon is significantly longer than the hatch, making for pretty impressive luggage space for a car in this class.

The next generation Skoda Fabia is due to be launched early in Australia in the first quarter of 2022. Initial details are that it will be larger, indeed it’s virtually the size of the oldest Volkswagen Golfs.

Depending on model, Fabia is offered with a five-speed of six-speed manual as well as a seven-speed dual-clutch automatic transmission. The auto isn’t the DSG that gave VW grief, that was an older six-speed unit. But see our What To Look For section of this report. Like many dual-clutch units the Skoda one can be irritating at parking speeds.

Skoda dealerships in Australia are mostly tied in with VW ones so there are plenty throughout the country. As usual they are mainly in major population centres. Check around in your area and talk to VW dealers to see what the can offer for Skodas.

Mechanical spare parts are often interchangeable with VWs, as are some in-cabin fittings. We haven’t had and real complaints about cost or availability of parts. 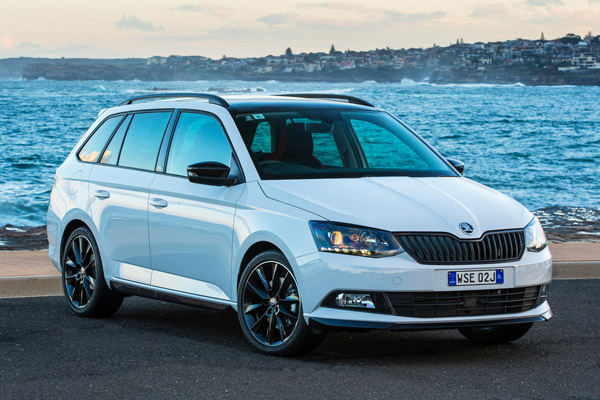 Insurance charges for the standard models are reasonable for a European car and we haven’t heard of many big differences company to company. Costs for the RS may be higher and tend to tie in with driver age and experience.

WHAT TO LOOK FOR
Interior quality isn’t to the same standards as Volkswagen’s due to the use of lower cost materials.

Check for paint fading if the car has been out in the open for most of its life.

Fabia RS do seem to get the seriously driven hot-hatch treatment even more than others in the class. Look for signs of crash repairs.

Extreme tyre wear and lots of brake dust behind the wheels are other clues to a cars’ history.

Check the engine starts easily and doesn’t hesitate overlong when you hit the pedal to accelerate.

Manual gearboxes are rugged units but can suffer from harsh treatment. Changes should be light and quiet. A fast downchange from third to second that’s not smooth may mean it needs an overhaul.

A recall was issued for the early dual-clutch Fabias. Make sure the rectification has been done, either by checking the service books in the car you’re considering, or by contacting Skoda Australia direct.

CAR BUYING TIP
Less popular models can vary tremendously in price – so some sellers are desperate to get rid of theirs and may succumb to a very low offer. Give it a go…