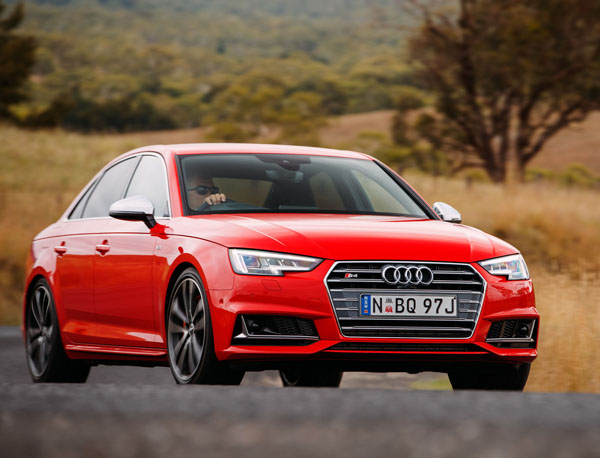 For those who crave performance with panache at a not-so-prohibitive price, form a line here. The Audi S4 has arrived

Taking its place at the head of the new A4 range, together with the iconic S4 Avant station wagon, the sedan continues five generations of high-performance sports cars with a stylish sophistication that’s understated.

Audi maintains refinement is the S4 keyword, with advanced technology, intelligent infotainment and connectivity systems, as well as highly developed chassis concept that reduces weight by 75kg, while improving handling and ride comfort.

With its 3.0-litre turbocharged V6 engine, an all-new design that is 14kg lighter than its predecessor’s supercharged powerplant, the zero-to-100 km/h sprint comes up in 4.7 seconds, 0.3 sec better than before.

The letter S, a direct link with motorsport, made its way into production cars in 1990 after the Sport quattro S1 had become a legend in the 1985 world rally championship season. 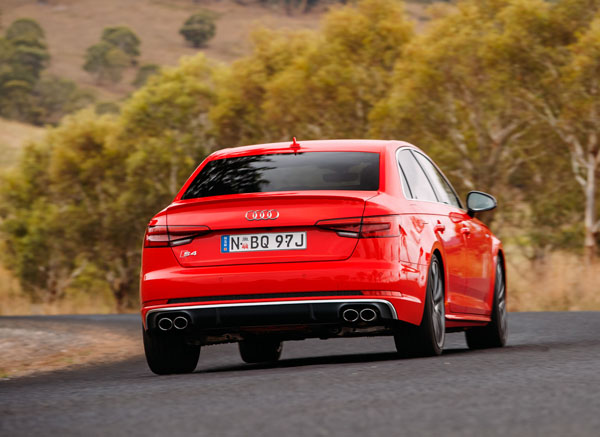 STYLING
As befits the ‘S’ philosophy, the latest model is its own ‘person’ with distinctive bumpers, air inlets, side sills and spoiler and diffuser trim. Double, twin tailpipes add the final touch to the sporting story.

A mix of construction materials makes for a strong, rigid body, at the same time saving 75 kg in weight over the previous model.

INTERIOR
The words sports car and cabin space often avoid being mentioned in the same breath. That is not the case, with the S4 offering comfortable surroundings for five occupants, in which typically for an ‘S’ black dominates, and quality materials have been combined by fine craftsmanship.

Unusual technical touches include a monitor that acts like a tablet computer, while at night LED light conductors trace the contours of the doors and the centre console. A head-up windscreen information display is an option, sadly not on the test car.

An option very much in evidence was the Audi virtual cockpit, a fully digital instrument cluster, showing key information on a 12.3-inch TFT display directly in front of the driver.

A ‘View’ button on the sport leather steering wheel switches between three interfaces, including an exclusive sport mode with the tachometer dominating a digital speedo.

Passengers can surf the web, text or email with mobile devices, while the driver can use the customised services of Audi connect to access Google Earth and Google Street View and Google local search.

The drivetrain and chassis of the new Audi S4 and S4 Avant were also redeveloped, with the eight gears making it possible to operate the engine close to its ideal load point frequently. The lower gears have short, sporty ratios, while the upper gears are long to reduce revs and fuel consumption.

These include an Assistance package city including autonomous emergency braking with pedestrian detection, Audi side assist, pre-sense rear and exit warning attention assist, the last giving a warning if the driver appears to be losing attention.

Audi pre-sense city with autonomous emergency braking and pedestrian detection detects impending collisions at up to 85 km/h and can reduce speed by up to 40 km/h, while pre-sense rear helps to mitigate rear-enders through a series of measures including flashing the hazard lights to warn other road users.

DRIVING
The cabin can take four adult friends comfortably, and joy of joys, unlike many sports cars, there’s a stack of space in the boot to take their stuff; even more with the split rear seat back(s) folded.

In stop / start city going, petrol consumption of the test car brushed up against 15 litres per 100 kilometres, while in free-rein motorway work it willingly dipped under six litres per 100.

Obviously, fuel consumption depends very much on how the S4 operates and here’s where Audi Drive Select comes in. Engaged by lower dash-mounted buttons, the system tunes the drive to varied styles – efficiency, comfort, auto, dynamic and individual – altering the way the car performs.

I found comfort or auto the way to go in town, while dynamic dialed up an exhilarating ride on country-style twists and turns at speed, the latter leaving in its wake an exhaust note that was far from brash; more of a mellow bellow.

The eight-speed tiptronic shuffled between all of the above drive modes, shifting through the cogs with hardly a step up or down, while quattro, with its torque vectoring adjunct, kept the car’s feet firmly on the ground under a range of road conditions.

An optional S performance package can dig even deeper into the S4’s psyche, enhancing levels of comfort and customisation, while a Technik package calls on superior technology such as the Bang & Olufsen 3-D sound system delivering 755 watts of audio power through 19 speakers.

SUMMING UP
Although a high-performance product with a high level of comfort and a plethora of driver-assist systems, the S4’s free-spirited character gave me leeway to have fun, showing I was not ready anytime soon to become the Ayrton Senile of the mobility scooter set. A comforting experience.