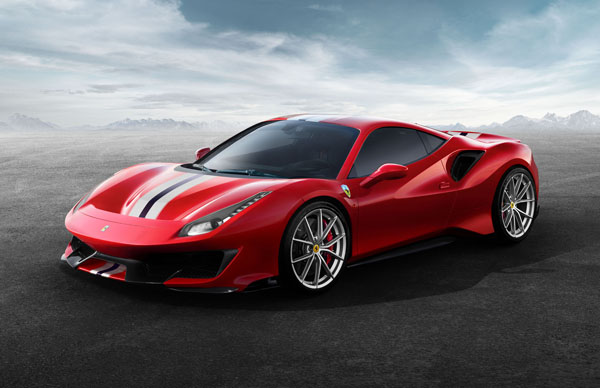 The 488 Pista is a direct descendant of Ferrari’s first ever mid-mounted V8 the 308 GTB which was launched in 1975. It joins the 488 GTB that arrived here in 2015 but with a more powerful engine and lighter body for significantly improved performance.

Ferrari 488 Pista was developed primarily for road use but as the name Pista suggests (it’s Italian for track) it is track ready and this is likely to be its greatest appeal to some potential buyers.

Like the 488 GTB the Pista is powered by a 3.9-litre twin-turbo V8 engine in place of the previous 4.5-litre naturally-aspirated unit.

For Pista this dual International Engine of the Year has been upgraded with more than 50 per cent of new components making it the most powerful V8 engine in Ferrari’s history with up to 720 horsepower (530 kW) at 8000 rpm and maximum torque of 770 Nm from 3000 revs. 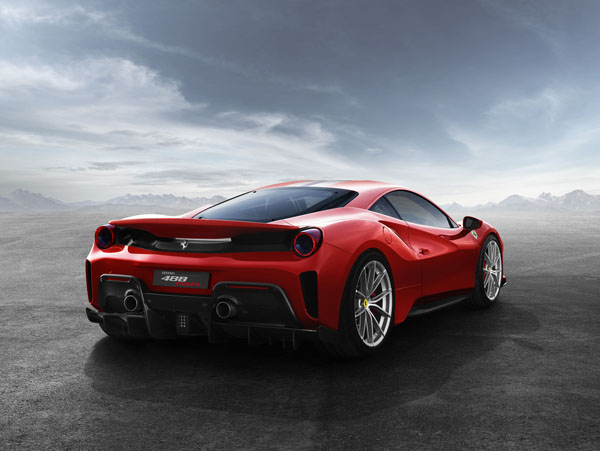 The engine is 18 kg lighter than that in the GTB with new titanium con-rods and carbon-fibre intake plenums. The inverted radiator is now raked rearwards to maintain optimal performance under high heat stress situations.

The engine air intakes have been moved from the sides to the rear spoiler area to ensure a higher volume and cleaner flow of air to the engine. The change also frees up space for a larger intercooler.

Ferrari 488 Pista is 90 kg lighter than the 488 GTB, with reductions centred around most weight-sensitive areas of the car, such as the unsprung masses and components away from the car’s centre of gravity.

The bodyshell features carbon-fibre for the engine cover, the front and rear bumpers and the rear spoiler. 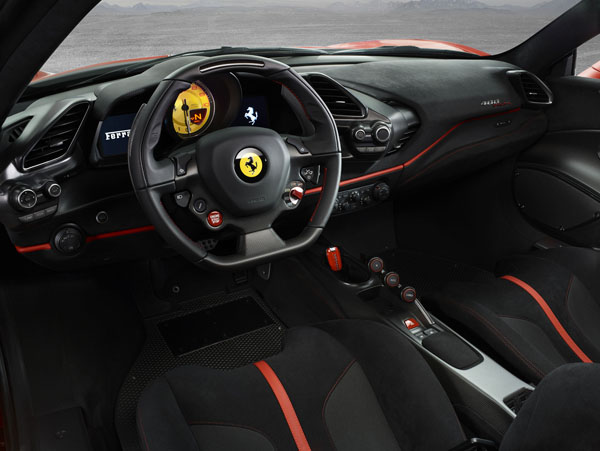 There are optional 20-inch single-piece carbon-fibre wheel rims that are about 40 percent lighter than the 488 GTB’s standard wheel rims. These feature a special coating on the channel and spokes which efficiently dissipates heat generated under braking.

The interior of the 488 Pista continues the weight-loss trend with all non-essential components eliminated. There is extensive use of lightweight, exclusive technical materials such as carbon-fibre and Alcantara leather. Even the glove compartment has been removed leaving only storage pockets on the rear bench and the doors.

The Australian launch of the Pista was held in the 2400 square-metre Ferrari North Shore Service Centre. This state-of-the-art facility incorporates the latest Ferrari high-tech equipment including seven Corghi hoists, one of which was used to display the Pista’s underbody technology and design elements.

In conjunction with the Sydney launch of the 488 Pista coupe its Spider convertible sibling was unveiled at Ferrari’s new Gold Coast showroom.