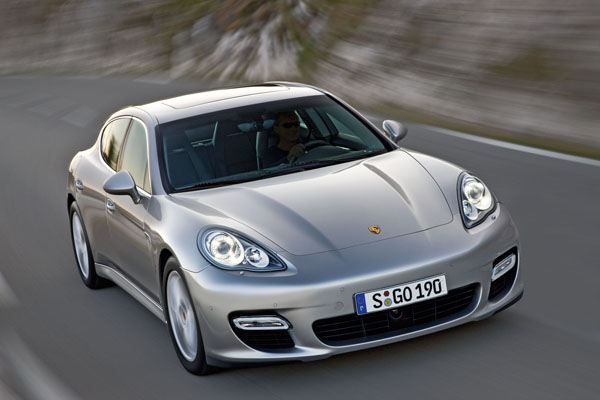 Porsche Panamera is a large five-door sporting coupe that sits somewhere between a low-slung sportscar and a large luxury sedan. A grand tourer in the true sense of the words it can rapidly transport four in plenty of luxury over long distances.

The first instruction to the designers of the Panamera was that it had to look like a Porsche. A statement that might not make sense to those with no interest in cars but one that means everything to people who care about marrying tradition with modernity.

A major styling feature of the first Panamera is that the roof goes a long way back before it slants down to rear. This gives it a bulky look that was much criticised at the time. The second generation, launched in February 2018 has a much neater shape and has received plenty of praise. A five-door wagon version of the Panamera is expected here in 2019.

The first Panamera has a decent amount of legroom and head space in the two rear individual seats. The gen-two takes room a little further, although perhaps not to Audi A7, BMW 7 Series or Merc S-Class standards. Try before you buy if you’re thinking of the aforementioned grand touring with four in the cabin.

With a couple of people and some luggage on board Panamera weighs over two tonnes so it’s not exactly nimble. But it’s likely to be a lot better at holding the road and changing direction mid corner than you would expect. Some topline models have adaptive air suspension, this is optional on others.

This is a big car. At just under five metres overall it’s longer than a Commodore or Falcon. Parking can be a hassle, particularly in underground parks, but electronic aids make it easier.

Power comes from a big variety of sources, V6 and V8 petrol, some turbocharged; turbo-diesel and petrol-electric hybrid. The latter features a supercharged V6 combined with electric motors.

Transmission is either to the rear wheels or all four wheels. Some six-speed manuals did come to Australia but weren’t big sellers. Automatic transmission is by Porsche DoppelKupplung (PDK) double-clutch unit that works well on the move, but like others of its type can be awkward at very-low parking speeds. It has seven forward gears on the first generation models, eight on the newest one. 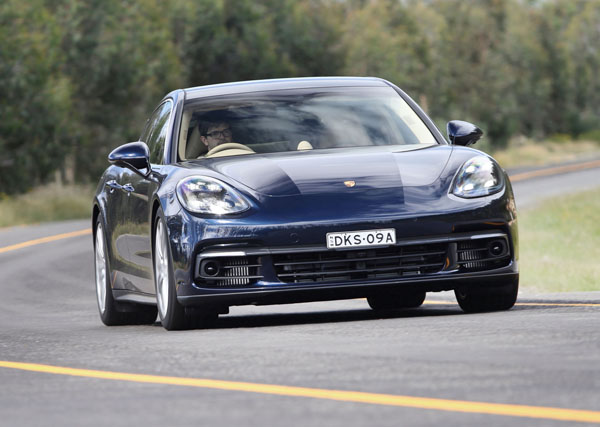 Porsche is well established in Australia. The dealer network isn’t huge, and obviously there are many more in the big metro areas than the bush.

We seldom hear complaints about parts availability or servicing costs.

Insurance ratings are moderate for an upmarket car that may be driven hard from time to time just for the fun of it.

Many Panameras will always have been serviced by an official Porsche dealer we suggest these are the ones to aim for. You are likely to be asked to pay more but it’s a wise investment.

LOOK FOR
By all means conduct your own initial checks to rule out any real duds, but always call a professional, ideally with Porsche training, for the final say-so.

As mentioned, a Panamera with a full service record makes a lot of sense. Start your checks by looking through the book – and make sure to compare the distance readings in the book with the one on the car.

Check the wheels for parking scars, the front-left is usually the first one to suffer.

Also look for uneven tyre wear, particularly of the fronts that may indicate either excessively hard driving or wheel alignment troubles.

Electrical items are usually reliable, but problems can be expensive to rectify. Using the owners manual check every component in detail.

There was a recall for a turbocharger on early V8 engines. It’s likely all will have been repaired some time back, but speak to a dealer about this.

Other than that do routine checks on the condition of the interior for signs of scuffing or tears. The luggage area should be examined in detail as hard cornering with loose items can cause them to slide about.

CAR BUYING TIP
High-performance cars owners often form clubs for their vehicles. These people can be an invaluable source of information.