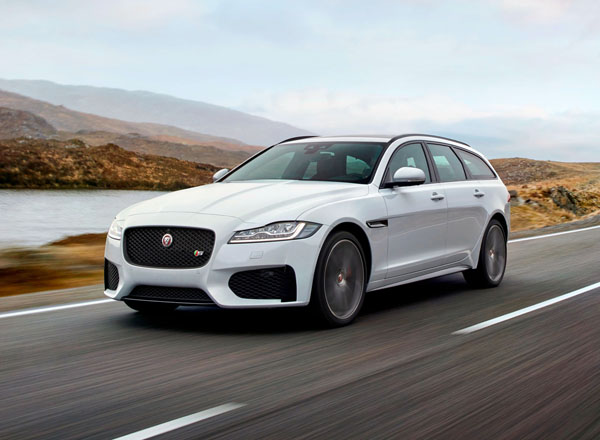 Jaguar’s “Grace, Space and Pace” is one of the most recognised of all automotive advertising slogans. And it certainly applies to our road test car this week, the Jaguar XF Sportbrake.

Let’s examine how the three important words have been translated into a vehicle to see Jaguar into the third decade of the 21st century.

Had we suggested a decade ago that Jaguar should build a large diesel-engined station wagon you would have laughed uproariously. Yet the Jaguar XF Sportbrake First Edition 30d is a simply stunning machine.

STYLING
“Grace” in this big wagon took a rather special stylist to achieve. Ian Callum is close to becoming a legend in the automotive business. In the XF Sportbrake he has arguably produced his best effort yet.

The XF Sportbrake keeps the curves of the large Jaguar XF saloon but gradually shapes a graceful roofline to the rear without too much loss of the practicality buyers demand from a wagon.

The streamlined Jag wagon’s body has a drag coefficient of just 0.29. Yet the load space has a useful minimum volume of 565 litres. Its load area is very long, but not all that tall, a factor of the relatively sleek rear end.

POWERTRAINS
“Pace” in this big Jaguar engines comes from a variety of four- and six-cylinder petrol and diesel units.

Interestingly, the topline First Edition 30d S has a twin-turbo 3.0-litre V6. Such is the latest in high-tech engineering in diesels these days that the 3.0-litre puts out 221kW of power and a huge 700Nm of torque.

This big Jaguar has real-wheel drive and all that engine’s grunt is taken back there via an eight-speed torque convertor automatic. 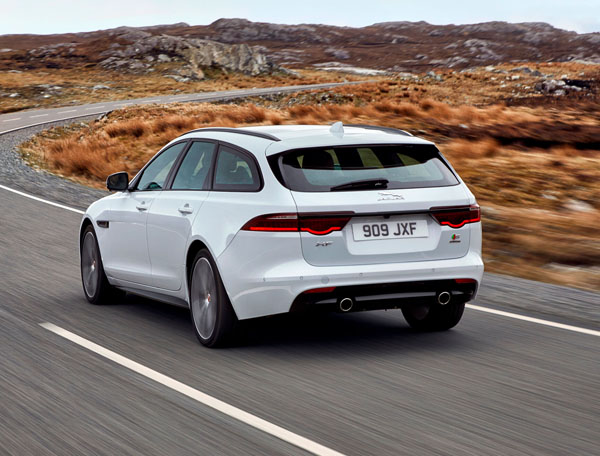 SAFETY
A full suite of driver assistance and safety systems is provided, including one to advise a driver they aren’t paying attention because they’re reading or writing messages., Jaguar’s Driver Condition Monitor examines a range of inputs to detect signs of drowsiness and warn drivers when they need to take a break.

DRIVING
“Space” in the front seats is impressive thanks to the width of the car. The seats are comfortable in a very British manner and the low centre console with the very Jaguar popup gear selector taking pride of place.

Rear occupants have good knee-room and headroom though it’s not what you would describe as spacious in the way of a limousine. Though there are seats for three back there it really is much better suited to two as the centre tunnel is on the high side, the latter again a factor of the relatively low roof.

Natural light from a full-length panoramic roof is a nice feature of this upmarket touring wagon. 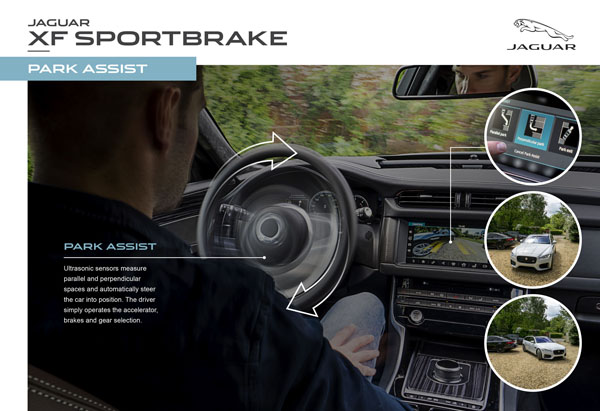 Jaguar has plenty of many years experience of aluminium-intensive components to keep weight down. Now it has taken another major step in weight reduction, with a single-piece polymer tailgate.

The reduction of weight at the very rear of the wagon plays its part in giving the Sportbrake a near perfect 50:50 front-to-rear weight distribution.

SUMMING UP
I have to admit that after 40+ years of test driving cars I long ago reached the stage where at the end of week’s loan I hand back the keys and very seldom look back at the car.

The Jaguar XF Sportbrake was one of the few exceptions. I would love to own one, and so would my partner Julie. The only problem is that it’s about $100,000 over our budget…