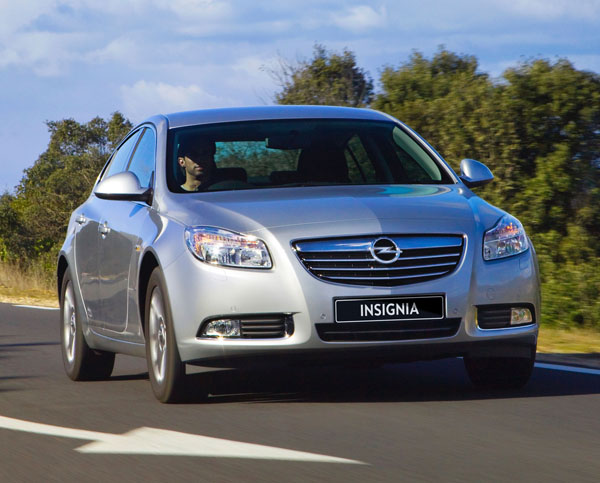 The German made Opel Insignia is sold as a medium-large sedan and a station wagon. Though it was launched in Europe in 2009 it didn’t reach Australia until September 2012.

Insignia turned out to be a failed marketing experiment in this country. The idea was to promote it as an upmarket European import, rather than just another Holden.

But Holden got greedy and added several thousand dollars to the prices of the Opel range. Buyers didn’t accept this and the Opel experiment lasted less than a year.

Many who did buy Opel Insignias were moving a size down from a Commodore and keen on driving something that was a bit out of the ordinary.

Passenger space is good, with almost as much legroom, but slightly less width in the back seat than the Commodore (and Falcon). The back seat shape makes no secret of the fact that it’s really only intended for two adults, with the centre section being kid sized.

Insignia has a nicely European feel in its handling dynamics. Comfort is excellent and the big German machines make good long distance tourers. It comes as no surprise that the Insignia doesn’t handle unsealed roads as well as Commodore.

Build quality is very good and the interior has a prestige look and feel that ties in well with Opel’s upmarket marketing in Australia.

Initially all Insignias had a choice between a pair of 2.0-litre four-cylinder engines – turbo-petrol and turbo-diesel. Both have strong torque and are reasonably fast in their throttle response once the initial turbo lag is passed. Transmission to the front wheels is by way of a six-speed automatic, there’s no manual option in Australia.

An additional model was added to the range in February 2013, the high-performance Insignia OPC (Opel Performance Center) the Opel equivalent of our Australia’s HSV. The 2.8-litre V6 turbo-petrol engine produces up to 320 horsepower (239 kW) of power and 435 Nm of torque.

Transmission on the Insignia OPC is to all four wheels so it can cope with the high-torque engine and corner with even more security. 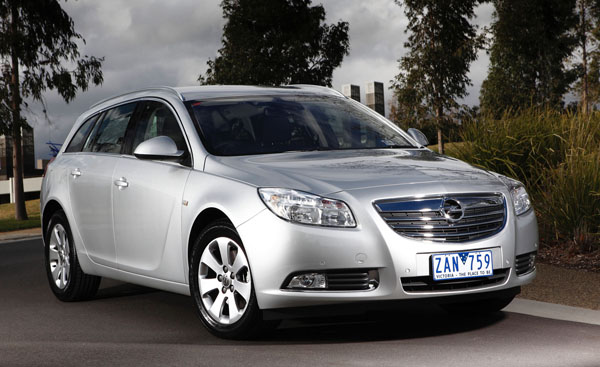 A thorough revision was carried out on all aspects of the Insignia OPC’s chassis dynamics, steering and brakes so this is a genuine high-performance machine not simply a dressed up special.

Opel shut up shop in Australia in August 2013, much to the annoyance of dealers who had spent a lot of money setting up premises, often in separate locations to their, usually Holden, showrooms.

The decision didn’t exactly please owners, either, who feel they may have been left with an ‘orphan’ car. This may prove to be a bonus in the future if the Opels become a collectors’ car – stranger things have happened.

After the demise of Opel in Australia the Insignia OPC was re-launched in June 2015 as the Holden Insignia VXR. It uses the same 2.8-litre V6 turbo-petrol engine and is well worth considering if you like your Holdens hot.

Suspension tuning on the VXR was revised by Holden engineers to give it the sharper feel much loved by keen Aussie drivers. The use of Recaro seats certainly added to its local appeal.

The GM FlexRide suspension can be set to day-to-day driving in Touring mode; Sport for when you want to get serious on the road but retain an element of electronic backup; and VXR mode which is probably best left for track work because the car lets you make most of your own decisions. FlexRide not only adjusts the damper settings, but also AWD control, steering, throttle and automatic transmission.

Insignia VXR used the latest generation of GM’s MyLink system to let you connect to Bluetooth and access apps keeping them tuned into music, news, other entertainment and satellite navigation. Embedded apps include Pandora, Stitcher and TuneIn. 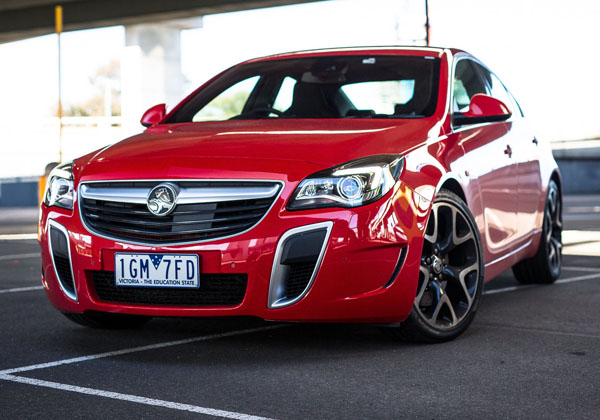 The VXR was the only model in the Insignia range to be imported by Holden and it was only moderately successful.

Many Holden dealers carry spare parts for the Insignia in both Opel and Holden format. As part of your research into buying one contact your local one for information as the years are getting on.

Industry insiders said the next generation Opel Insignia was thought to have been under review by Holden as a replacement for the Commodore when GM Australian manufacturing ceased in 2017. Obviously that didn’t happen and imports ceased midway through that year.

WHAT TO LOOK FOR
Your initial checkups before calling for professional help should include a look around the body for any damage, no matter how minor.

Take it for a test drive, ideally with the engine complete cold after an overnight stop. Make sure it starts easily and idles smoothly within the first few seconds.

These cars call out to be driven hard, occasionally even on track days. Unevenly worn tyres may be a sign for this, however, it’s likely different tyres would have been used at the track.

A fire extinguisher is another clue, though it may simply mean a cautious previous owner.

Look for excessive brake dust on the inside of the wheels as sellers often forget to clean this off when prepping the car.

CAR BUYING TIP
Buying a car that’s not quite an orphan? Unless you’re a full on enthusiast for that marque it pays to do plenty of homework before going ahead with the transaction.