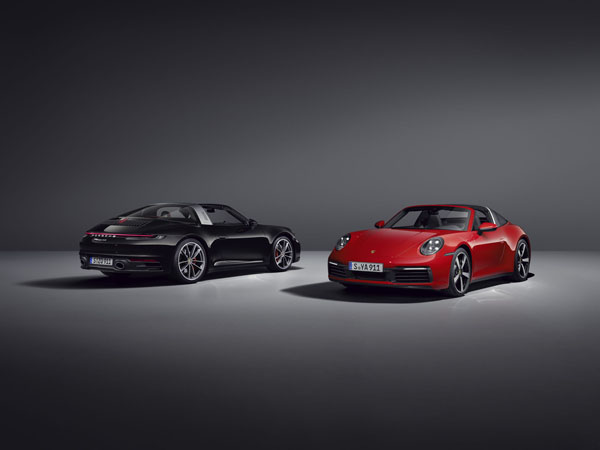 Porsche’s new generation Targa 4 and 911 Targa 4S models have been introduced. Compared to its predecessors, Targa’s body features significantly more pronounced wheel housings at the front and, between its LED headlights.

They feature a wide roll hoop, a movable roof section above the front seats and a wraparound rear window. Its rear is dominated by its wider, variably extending rear spoiler and a seamlessly integrated lightbar.

With the exception of the front and rear sections, the entire outer skin is made from aluminium.

The Porsche Targa 4 is powered by a flat, six-cylinder, 3.0-litre with twin turbochargers that produces 385 horsepower (283 kW). When teamed with the optional Sport Chrono package it accelerates from zero to 100 km/h in just 4.2 seconds.

The enhanced performance of the new all-wheel drive models features a further development of the front-axle drive. The clutch and differential unit is water-cooled and has reinforced clutch discs for greater robustness and a higher load capacity. 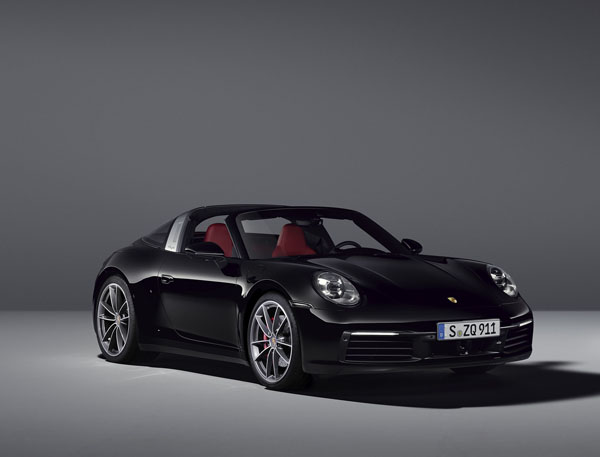 Targa models are equipped with Porsche Wet mode as standard. Sensors fitted in the front wheel housings are capable of detecting water on the road surface and, if significant volumes of water are picked up, a signal in the cockpit provides a recommendation for the driver to manually switch to Wet mode. The drive responsiveness is then adapted to the conditions for maximum stability.

On the Targa 4 both axles have 330-millimetre brake discs with black four-piston monobloc fixed callipers. The red-painted brake callipers on the Targa 4S have six pistons at the front axle, four at the rear while its discs measure 350 mm front and rear.

Porsche Ceramic Composite Brake (PCCB) can be ordered as an option.

Inside, five buttons for direct access to important vehicle functions are located below the 10.9-inch centre screen of the Porsche Communication Management (PCM). The standard PCM features include online navigation as well as Porsche Connect Plus.

In addition to the worldwide standard specifications, Australian models of the 911 Targa and 911 Targa 4 will be additionally equipped with LED main headlights with Porsche Dynamic Light System Plus (PDLS Plus). 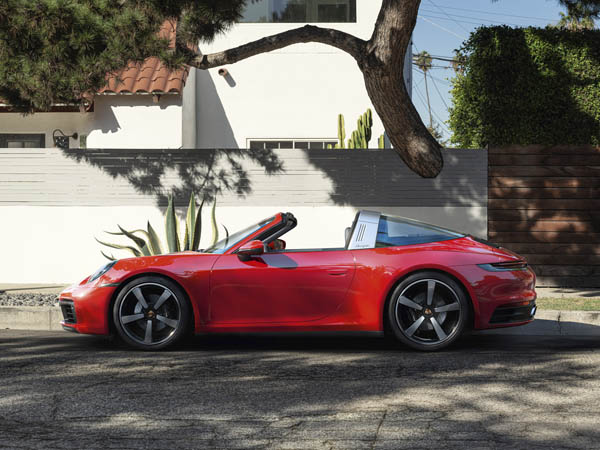