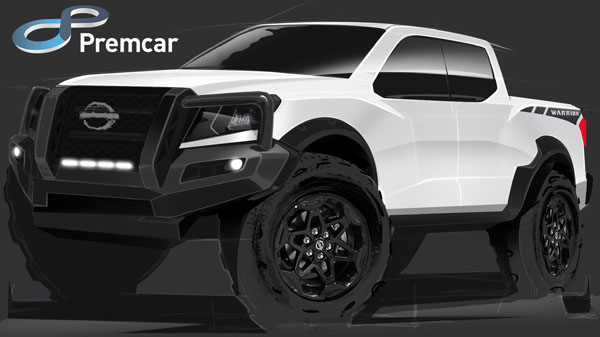 The Nissan Warrior by Premcar program is set to expand, with a new, locally developed
model that’s designed for Australia and Australian conditions.

The Nissan Navara PRO-4X Warrior by Premcar was the second model released through
the Warrior program – a successor to the Navara N-Trek Warrior – and it has proved an
instant success, with the Premcar team having now built more than 1000 examples of the
world’s toughest Navara in Victoria.

The popularity of the Nissan Navara PRO-4X Warrior by Premcar will now see the Warrior
program expand, with the Navara SL Warrior to introduce a new entry point to the family.

“I’m thrilled to announce the expansion of the Warrior program, developed in collaboration
with Premcar, which has proven immensely popular in Australia,” says Nissan Australia
Managing Director, Adam Paterson.

“With the Navara SL Warrior by Premcar, a new and more accessible entry point will join
the Warrior family, ensuring even more customers can experience the world’s toughest
Navara for themselves.

“The Nissan Patrol is also currently under study by Premcar to further broaden its
capability, both on and off the road.

“Our collaboration with Premcar is guided by the development of vehicles that are perfectly
suited to Australian customers and conditions.”

Acting as a new entry point to the Warrior family, the Navara SL Warrior by Premcar
delivers the broad range of on- and off-road capability at the most accessible price point to
date.

Having undergone the same exhaustive local testing, tuning and validation program as the
PRO-4X Warrior by Premcar, the SL Warrior – which is based on the SL Navara – will
arrive with a more aggressive exterior and the enhanced capability required to earn the
Warrior name.

More details will be revealed closer to the vehicle’s launch and we will provide these as
soon as we receive them.