The ‘dual’ in Nissan Dualis signifies its dual-purpose nature, a vehicle that’s a crossover between a family hatchback and a compact 4WD. Though these types of vehicle have become pretty well mainstream in the eight years since Dualis was launched here in January 2008, the Nissan was one of the first of its kind.

Though not aimed at the purist 4WD buyer, Dualis has Nissan’s respected All-mode transmission so has decent traction on bush tracks, as well as on slippery sealed surfaces. It has higher than average ground clearance for a hatchback, but it isn’t as high as a ‘real’ 4WD.

A 1.6-litre turbo-diesel was introduced in April 2013, but only has a six-speed manual gearbox. It wasn’t exactly a success in a market where crossover SUVs are mainly used as family cars.

Despite its SUV look about 75 per cent of Dualis models sold here are 2WDs, through the front wheels. A sign of things to come as more and more so-called SUVs are really only 2WDs with a tougher look. 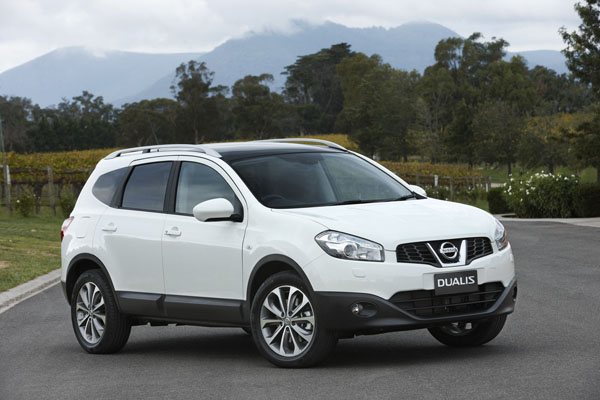 Nissan gave the Dualis a major makeover in April 2010. Every visible body component forward of the windscreen is new, with the revised bonnet giving it a bolder look and improved aerodynamics. Inside, the visual changes are minor, but the instruments and trip computer are easier to see.

Six months later an extended wheelbase seven-seat version arrived, called Dualis +2. Children will be more comfortable than adults in the rearmost seats, though seven full-size folks can be carted in emergencies. The second-row seats can be moved forward to make access to the back reasonably easy. This sliding function also lets you juggle legroom in all three rows.

Comfort of the Dualis is good and even poor quality Aussie backroads don’t knock it about overmuch. Handling is nothing out of the ordinary. It will look after you unless you do something really silly. Just don’t expect a sporty Euro SUV at a Japanese price.

Nissan Dualis was originally powered by a 2.0-litre four-cylinder engine by way of a six-speed manual gearbox, or a CVT auto with pre-selected ratios that can be operated manually if you’re not happy with the computer’s decisions. Try for yourself during your private test drive as some will find performance is marginal.

Nissan (nee Datsun) has been operating in Australia since the mid 1960s. It built cars here for many years and is well and truly an established part of the downunder scene. 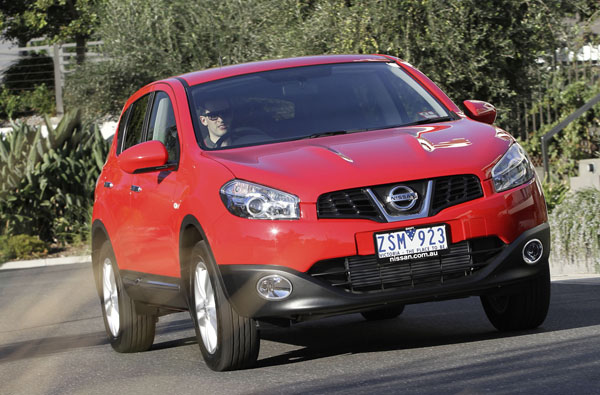 There are plenty of Nissan dealers Australian wide, with stronger than average representation in the country areas due to the longtime importation of tough 4WDs in the Patrols and Navaras.

Getting unusual parts for the Dualis may take a few days if you have trouble in the outback, but shouldn’t normally take more than two or three business days. Price for Dualis parts are about average for this class.

Dualis has a reasonably simple makeup and amateur gals and guys with a mechanical bent can do a fair bit of their own work. Don’t touch the safety bits, though.

Having originally shunned the name Qashqai that was used on other markets, Nissan Australia surprised us by choosing to use the Qashqai tag when the new generation ‘Dualis’ was introduced here in July 2014. Or perhaps the company’s head office was still smarting over the failed Pulsar / Tiida / Pulsar experiment…

WHAT TO LOOK FOR
Dualis is built in the huge Nissan factory in Sunderland in the UK. We’ve extensively toured that factory and the quality it produces is pretty much equal with Japanese Nissans.

When test driving a Dualis with a CVT feel for any roughness, if it’s not smooth as silk have an experienced automatic transmission person check it out.

Manuals should be smooth and easy in their gearchanges. Any hanging up or noise during changes may mean problems, either in the gearbox or the clutch.

Signs of off-road use are generally considered a no-no in a light-duty SUV. Scratches on the guards or doors; scuffs on the bumper corners; dings under the bumpers; and in particular damage to the sump may mean you should back off the purchase. Then again, if the price is right…

Check the interior and the boot for signs of hard usage. Kids can wreak havoc on the backs of the seats in front of them if they get crabby.

CAR BUYING TIP
It’s always worth repeating … beware the soft-roader that’s been put to heavy-duty use.