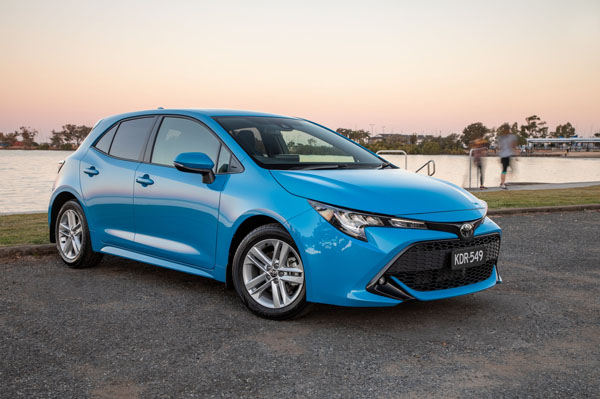 After fifty two years and 45 million cars the Toyota Corolla powers along as the biggest selling car of all time. Almost 1.5 million of those global sales have been Downunder and the just superseded model has been the top selling passenger car here for years.

Toyota Australia has every intention of keeping Corolla at the head of the pack in this country and the 12th generation car has just been launched here.

The Japanese giant is pushing harder than ever on hybrids, hardly a surprise when you consider it has been selling these petrol-electric models here for close to 20 years. And that Toyota hybrids recently won one of the toughest of all car races, the famed LeMans 24-Hour.

New Corolla hatch is based on the modular Toyota New Global Architecture (TNGA) and has a 60 per cent more rigid body and uses a sophisticated suspension that’s complemented by the body having a lower centre of gravity.

At this stage only the Corolla hatch is being sold and the local importer will neither confirm nor deny that a sedan will be offered later. 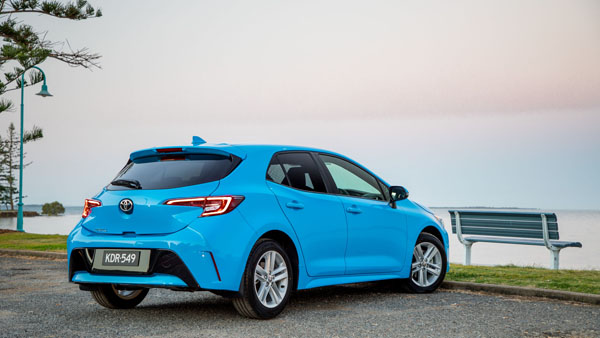 STYLING
There’s a sleek semi-sporty look to the new Corolla. The grille is large and slightly closer to vertical than before, while the tail has a steeper slope.

Inside there’s a non-symmetrical shape to the dashboard similar to that we have praised in the new Toyota Camry.

The overall effect is good though, surprisingly, not as striking as that of the new Toyota Camry to our eyes.

INFOTAINMENT
Corolla Ascent Sport has an 8.0-inch touchscreen display and a 4.2-inch multi-info display. Satellite navigation is a $1000 option on the Ascent Sport and standard on other models. 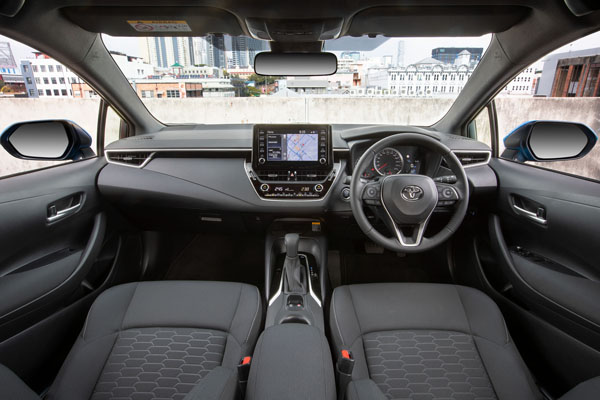 Also new is what Toyota calls a Direct Shift continuously variable transmission (CVT) with clever engineering that gives it nice punch off the line that useful in day-to-day suburban driving. It has three driving modes – Eco, Normal and Sport.

There’s the option of a six-speed manual in some models but it’s not likely to be chosen by many as ours is rapidly becoming an auto-only market. However rev-matching makes this manual simple to drive in heavy traffic conditions

Corolla’s improved hybrid system is lighter and more compact than before and its 1.8-litre Atkinson Cycle petrol engine has a very-high 13.0:1 compression ratio. Combined petrol-electric output is 90kW and fuel consumption is listed at just 4.2 litres/100km. Sold across the range, hybrid variants are priced at only $1500 over the equivalent petrol models.

SAFETY
Toyota anticipates a five-star ANCAP safety rating when testing is carried out here. It features a pre-collision safety system with pedestrian and cyclist detection during the day, autonomous emergency braking and emergency brake assist.

DRIVING
The front seats are large and comfortable and support well, the wider cabin is noticeable and while it doesn’t exactly feel like a Camry inside the occupants will enjoy the space offered.

Though it’s a five-seater the new Corolla is tighter for space in the back seats than we had anticipated. That’s to the extent that if I sit my 181cm frame behind itself the rear legroom is cramped. So the new Corolla is better suited to the mum, dad and three-kid family.

(As a personal aside we owned a gen-two Corolla for nine years during the 1970s and early ‘80s during that difficult financial stage in life when my wife stopped working and three children arrived. The little Toyota ran without missing a beat for 180,000 km. Ten generations down the track the new model is likely to do the same thing for today’s young families.)

Luggage space is good and the boot is deep and easy to load in all but the hybrid which is significantly shallower. The slope of the sportier tail restricts carriage of boxy item because the top of the hatch is pretty well over the rear seat backrests.

While this is no sports sedan new Corolla has impressive dynamics that give it handling that will please the keen driver. A bonus is that the typical driver will be so far under the Toyota’s limits that there’s a big safety margin.

Every new Corolla hatch is covered by Toyota Service Advantage capped-price servicing at a maximum of $140 per service. Contact your selling dealer for details.