SAY ‘HI’ TO THE LAST WORD IN CAR CONNECTIVITY 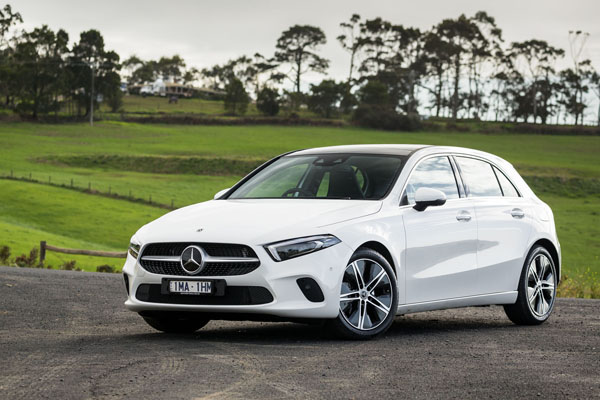 Hi, Mercedes, what’s the go? The ’go’ is that the German maker of prestige cars wants buyers of its latest A-Class to treat the compact as their new best friend.

A new level of human / machine interaction through MBUX (Mercedes-Benz User Experience), can be activated by saying ‘Hi Mercedes’ to gain access to important functions, destination details, phone calls, music choices, as well as the ability to write and hear messages.

I asked MBUX a question in one of the two phrases I remember from O-level German. Disappointingly, no answer was the reply. It must have lost something in translation.

New mate MBUX can even anticipate what the user would like next, given some time (up to six weeks, says the maker) to suss out the his-or-her trail of consistently repeated actions.

For example, regular phone calls to people at set times can be suggested by MBUX by delivering the phone number on cue.

Regular radio programs, such as news reports, will be suggested to the interested listener. All this can be obtained through a new advanced voice recognition system that understands ‘natural’ language, doesn’t need set commands and can get its head around accents. Mercedes-Benz says safety is the winner here with drivers no longer having to spend time looking at screens and entering text manually. 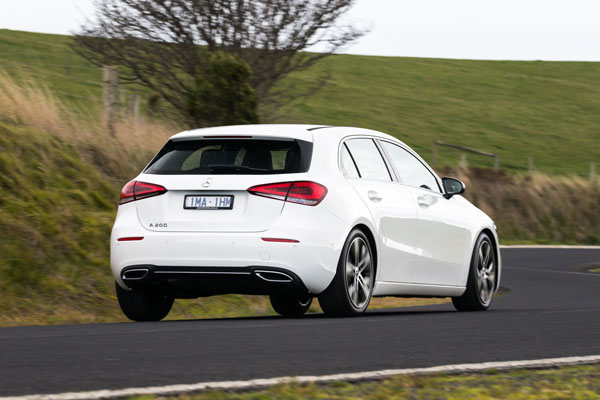 The first Mercedes vehicle to bring this exciting innovation to Australia is the just-released A-Class in A 200 hatchback form. Powered by a new four-cylinder 1.3-litre turbocharged petrol engine it puts out up to 120 kW of power and 250 Nm of torque, driving the front wheels through a seven-speed dual-clutch automatic transmission.

The A 200 sells for $47,200, plus on-road costs, but is available with a host of add-ons, including vision package, seat comfort package and night package, plus an AMG Line sports package and AMG Exclusive package.

Options include ambient lighting, keyless go and wireless charging for mobile devices. There is also a special edition A 200, in strictly limited numbers, for an extra $7090. From October a driving assist package will put the A-Class in line with S-Class safety.

Made available to the media on launch day were standard versions and a couple with active suspension. The standard model showed a handling pedigree far above its class, with taught steering, while the ride lagged with a few bumps along the way.

There was intrusive tyre roar on course road surfaces and wind noise around the mirrors above 80 km/h.

The Mercedes-Benz A 200 with active suspension did its stuff amiably on some twisty country roads. I can’t see many buyers going for the standard model after driving the electronically elevated active suspension. Worth the financial impost. 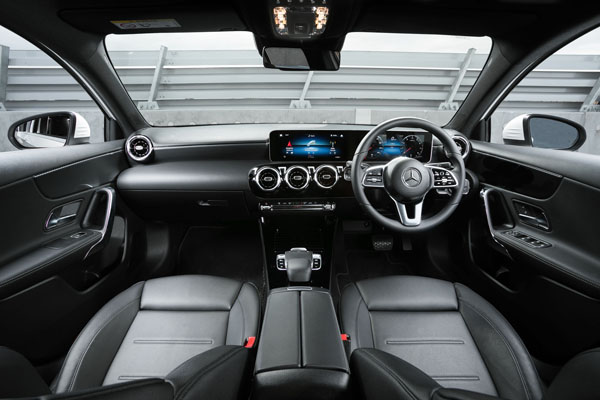 Lower on the road, the new compact Merc has a sleeker profile with fewer creases to offend the hot-hatch lover’s eye.

The cabin boasts an adjustable instrument display with a choice of modern classic, sport or understated layouts, with the possibility of up to 25 profiles.

Easier entry to the rear seats is another feature, while at 370 litres the boot is 29 litres larger than before and more accessible due to a larger opening. Rear visibility has also been improved.

There is a host of standard safety features, including nine air bags – front, pelvis side and window bags for driver and front passenger, side bags for rear occupants and a knee bag for driver,

High-tech systems abound, with active brake assist with semi-autonomous braking, active park assist with Parktronic, active lane keep assist, blind spot assist with exit warning not open the door if traffic or pedestrians are coming up close to the vehicle on the outside, traffic sign assist and reversing camera.