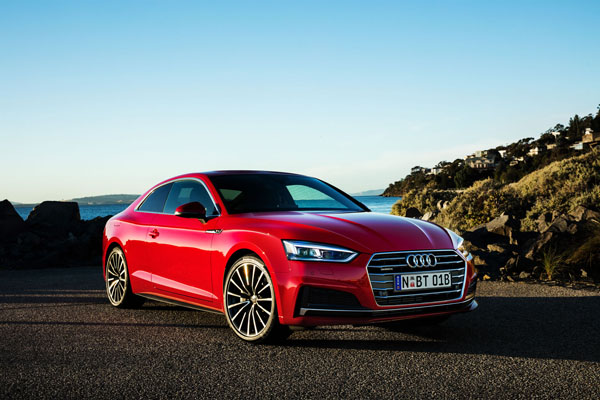 Audi A5s are all about style, both inside and out – as the just launched new-generation A5 two-door coupe proves. Even better news is that prices have been cut by as much as $15,000 when compared equipment-to-equipment with superseded models.

Though the body is all-new it carries some cues from the superseded one, which is no bad thing. It’s as sleek as ever, but now has a sharper, edgier look that ties in neatly with the new A4 range and, to a lesser extent, the just launched Q2.

If you are in engineering or design and have a few minutes to spare pop down to your local Audi dealer and have a look at the area where the bonnet meets the front guards. Can’t see a joins? Trust us, they’re there, but smart design makes them all but invisible. Further enhancing the ultra-smooth look of the power-bulged bonnet and the lines outboard of the bulge. 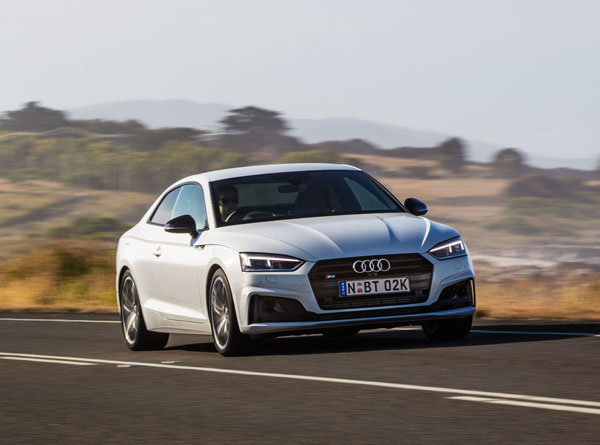 Another external feature we really like is the ‘third’ brake light extending almost the full width of the roof of the car.

Inside, there’s the usual immaculate attention to detail and style seen in all Audi models. The central 8.3-inch screen controls the Audi MMI system. It has navigation plus; Audi connect, LTE data transmission, and wi-fi hotspot. Apple and Android smartphones connect into the display. 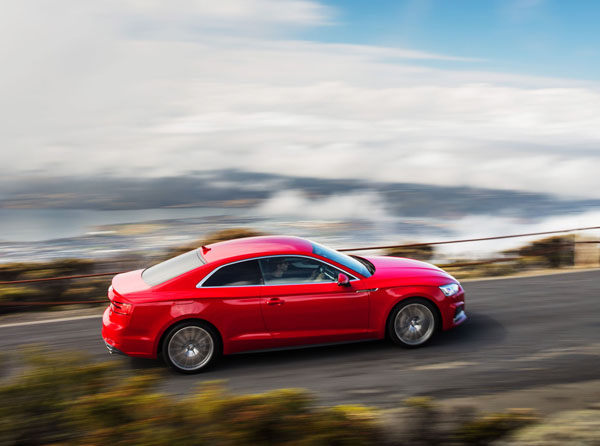 In a smart move Audi is importing every model with the ‘virtual cockpit’. This gives the driver a choice between which instruments or readouts they want to focus on. This has been a very popular extra cost option where offered on others in the Audi range. It’s now included in the price of the A5 and S5. 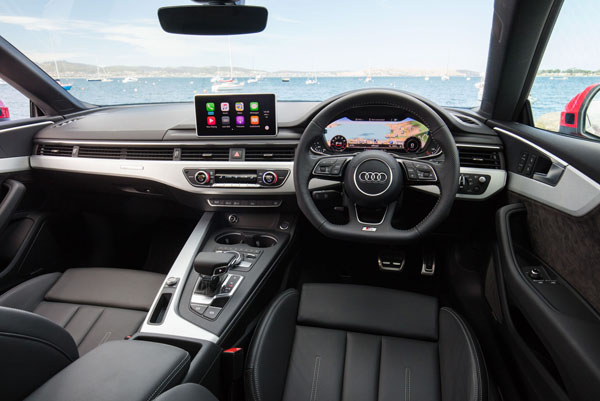 Automatic transmissions are a seven-speed double-clutch in the A5 and eight-speed torque converter in the S5. 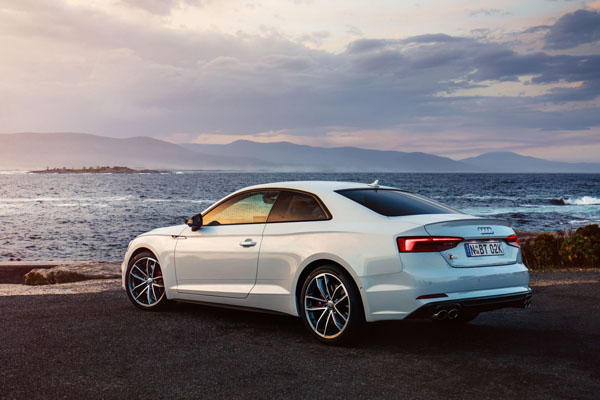 DRIVING
Though the interior has been slightly enlarged it’s still marginal for space if four adults are being carried. It falls into a class we call a 3+1. That is, if the two adults on the passenger side compromise they can both have good legroom, but if the driver is tall it’s best a short person sits behind them. This is not a criticism as these are sporty coupes, not sedans.

Audi Australia chose the scenic roads of Tasmania, seeing them as ideal places to showcase the A5 and S5 in both front-drive and quattro format. We found the A5 petrol and diesel models to be quiet, smooth and refined and ideal grand tourers. Road bumps and dips were absorbed nicely and the cars were never knocked off line. 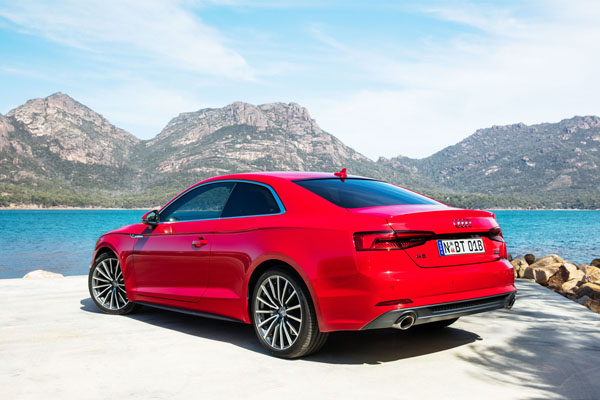 Handling is impressive, with even the non-sports models having grip levels well over those likely to be attempted by everyday drivers. The electronic aids did intervene a few times when we pushed the cars towards their limits, but torque vectoring directed the car onto the ideal path again. 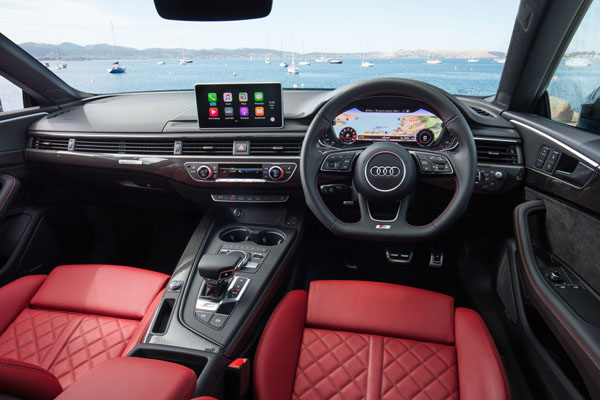 Steering feel, never the strongest feature in Audis, isn’t particularly good in the new A5. It’s too light and there’s little feedback. Mind you, the car was sensing the feedback and doing things itself. Perhaps this could be seen as a form of autonomous driving?

The ride of the S5 wasn’t quite as subtle as that of the A5 – which is exactly the way it should be. Tyre grip levels were even higher but steering feel, though better than in the A5, still wasn’t to our keen-driver tastes.

Audi A5 and S5 in two-door coupe format are now on sale at Audi dealers Australia wide. A convertible and five-door Sportback will be introduced later on, dates yet to be announced.