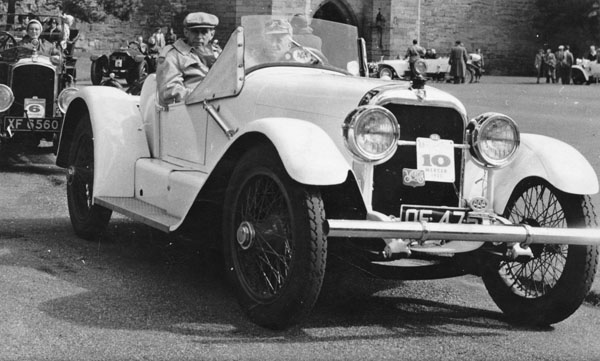 Now one of the most expensive cars in the collectors’ catalogue, the Mercer Raceabout was one of the first sports cars which could be bought off the showroom floor, complete with a rakish body and enough power to win the nearest motor sport meeting.

The Raceabout first appeared in 1912. Two years later, it established its reputation by coming third behind two genuine racing cars at the 1912 Indianapolis 500. Its average speed was 121 km/h (76 mph).

With a capacity of 5 litres, the engine developed 55 horsepower at 1 650 rpm.

Considerable reserves of strength and power were in the design – hence its popularity with engine tuners.

About 800 Mercer Raceabouts were built in all.