YOU CAN’T ESCAPE – RAMs WILL GET YOU ANYWHERE 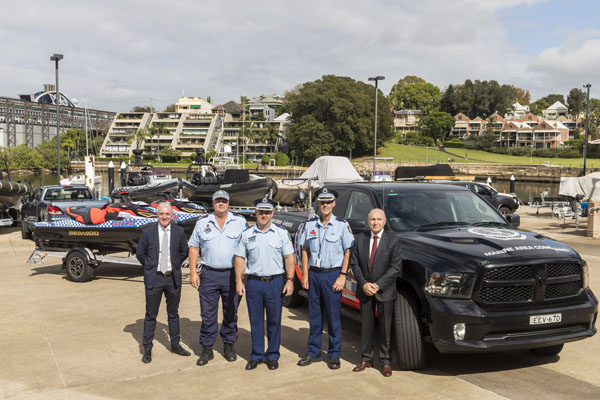 Based in Balmain, Sydney, the NSW Police Marine Area Command’s (MAC) responsibility extends to all coastal areas of NSW and 200 nautical miles out to sea.

“These trucks go everywhere in NSW with the MAC enforcement team, from Tweed Heads down to the Murray,” says NSW Police Marine Command Superintendent, Stephen Hegarty.

“The 4.5-tonne max brake towing is incredibly useful as it allows us to easily tow up to four jet skis at a time – or one of our bigger rigid inflatables – out to Dubbo, for example, for the Commissioner’s Rise Up youth program, compliance around boat safety on the water, or the South Coast to assist in the recent bushfire evacuations.”

RAM Trucks Australia began re-manufacturing left-hand pickups into right-hand drive vehicles in late 2015, before they went on sale in early 2016. The volume selling 1500 model came on stream in June 2018, and the latest model, a 1500 Express Crew Cab was launched in late February 2020. 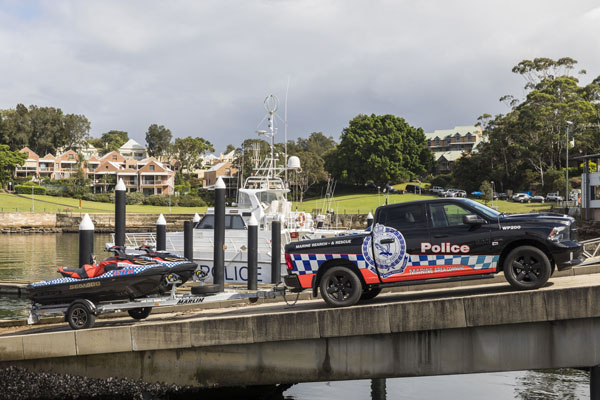 With an increasing amount of commercial shipping and significant expansion in the number and type of leisure craft on our waterways, the nation’s water police are being called on more and more to drive down marine crime, underwater search and rescue, and safety and compliance reinforcement.

This approach has now prompted additional conversations with other law enforcement agencies throughout Australia for RAM Trucks.