Mazda Australia is adept at constantly fine tuning its business to gain the best in profits. So changes have been made to the Mazda6, not in appearance, but under the skin.

Apple CarPlay and Android Auto are finally now standard. And there’s an enhanced audio system for clearer FM radio sound thanks to the fitment of a second antenna. Mazda tells us this expands the overall reception range and cancels out noise generated by secondary wave interference, which occurs when radio waves from the broadcasting station are reflected by solid objects like buildings.

From a driving point of view Mazda’s G-Vectoring Control Plus (GVC Plus) is now in all ‘6 models. An enhanced version of the existing GVC vehicle dynamics control technology, it adds yaw moment control for better stability and composure when cornering.

Safety has been improved with a Tyre Pressure Monitoring System (TPMS) standard.

Feeling chilly with winter about to arrive? Then the range-topping Mazda6 Atenza now has a heated steering wheel. 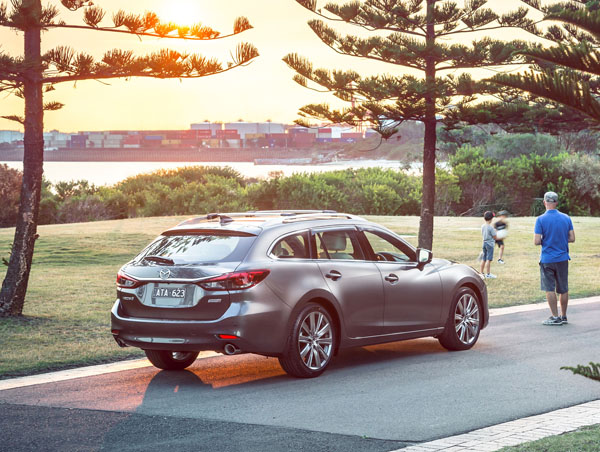 Powertrain-wise, the turbo-diesel engine, never a big seller, has been dropped – the two petrol units remain.

Sport and Touring grades are the naturally aspirated Skyactiv-G 2.5-litre petrol engine 140 kW of power and 252 Nm of torque at at 4,000rpm.

The higher spec GT and Atenza models use a Skyactiv-G 2.5T turbocharged petrol engine with maximum power of 170 kW and torque of 420 Nm at 2000rpm.

Mazda Australia Managing Director, Vinesh Bhindi, said the update reflects Mazda’s commitment to improving and enhancing its vehicles and the driving experience at every opportunity. 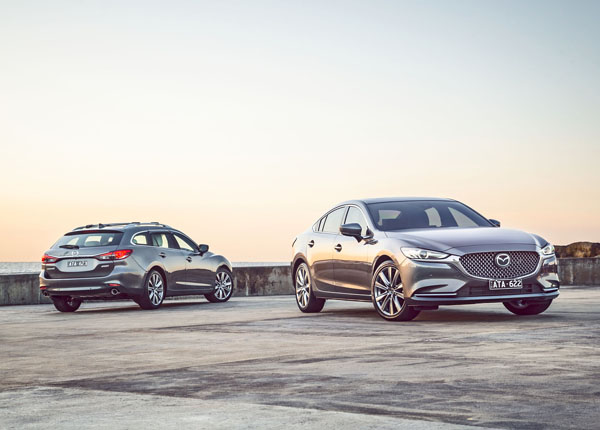 “The 2018 redesign of Mazda6 saw significant improvements and equipment upgrades; this update is about fine tuning our flagship passenger car by adding the most advanced technologies available to us,” said Mr. Bhindi.