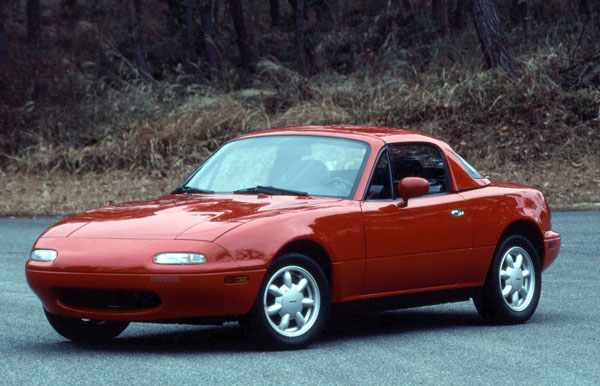 Normally in our used-car reviews we look at models covering about five to 12 years old, using a major series change to set the dates. However, in this feature we are looking at Mazda MX-5s going back 30 years as they are almost latter day classics.

A warning though: though almost all MX-5s are looked after well, but some are not and could be at the stage where expensive repairs are close.

Also, many are driven hard. Naturally! I hear you say, but that can also means money rapidly departing from your bank account.

These little Mazda roadsters are a delight to drive, with great road grip, near-neutral balance and pin-sharp steering. There’s a feeling the MX-5 is responding to your mind not just your hands and feet. 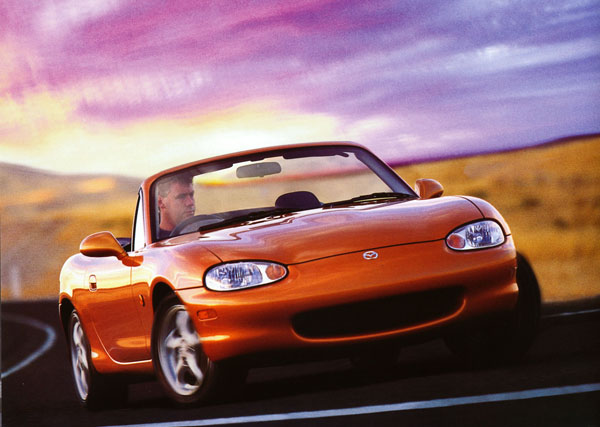 The Mazda MX-5 NA Series was launched in Australia in October 1989 and remained almost unchanged in its body until March 1998, when a near-new NB Series was introduced.

An increase in boot space made the NB a slightly more practical car, one that could be used by a couple on holiday jaunts with a bit of careful packing. A facelift in October 2000 saw the NB’s rounded grille replaced by Mazda’s current five-point grille.

An all-new Mazda MX-5, the NC series, arrived in September 2005. It was slightly larger than before, though weight increases were kept to a minimum. With a couple of minor updates along the way the NC was sold through until the launch of the gen four in August 2015. 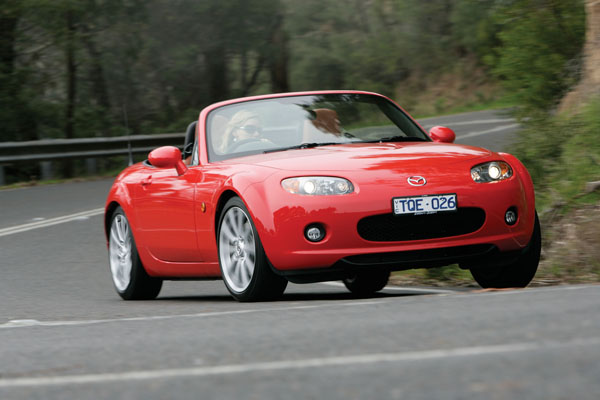 The fourth generation Mazda MX-5, tagged as the ND Series, took a completely different direction to its predecessors. While the NB and NC were solid evolutions of the original NA of 1989, the ND designers started with virtually blank computer screens.

Many MX-5 owners love to drive with the top down even if the weather is threatening, well aware the soft-top only takes seconds to close, something that can be done when stopped at a red traffic light. You should have a supple body though, because a fair bit of upper body twisting is needed.

A folding hardtop roof was introduced in September 2006. It not only works neatly, but adds a minimum of weight to the car and takes little away from luggage carrying capacity.

So popular did the folding hardtop become in Australia that imports of the soft-top slowed, and ceased altogether towards the end of 2012. However, the soft top made a reappearance with the ND Series, which is also offered in RF (Retractable Fastback) format. 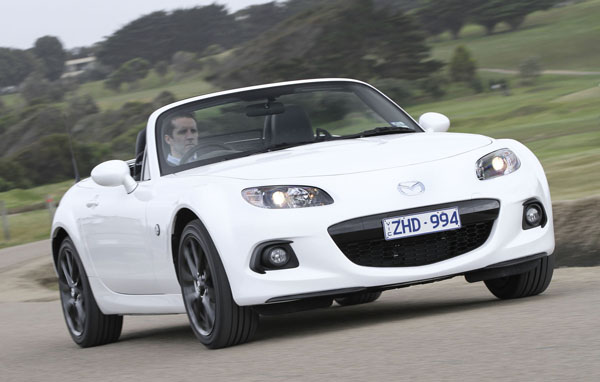 Note that engine power isn’t as impressive as the chassis dynamics. Serious owners like it like that, saying that getting the best from the car is what they love.

But if you’re into traffic-light Grand Prix starts you may find yourself getting beaten by some fairly ordinary cars.

The original MX-5 had a 1.6-litre unit. That was lifted to 1.8 litres in November 1993 in a new engine that was slightly modified, with an emphasis on a wider spread of torque.

The March introduction of the 1998 NB kept the engine at the same size but gave it a little more punch. In October 2000, the engine received a new variable valve timing system to improve power and torque.

A 2.0-litre engine was introduced in the new 2005 NC Series MX-5. Updates to the engine in 2009 and again in 2012 saw it able to rev to higher numbers. Low down grunt was improved at the same time, something that’s not always easy to do.

The ND series was the first to offer engine options, a 1.5- and 2.0-litre. The 2.0 got a major makeover to increase engine power in August 2018. We’ve yet to see the latter on the used car market at this stage, but it might be an idea to keep an eye out for one. 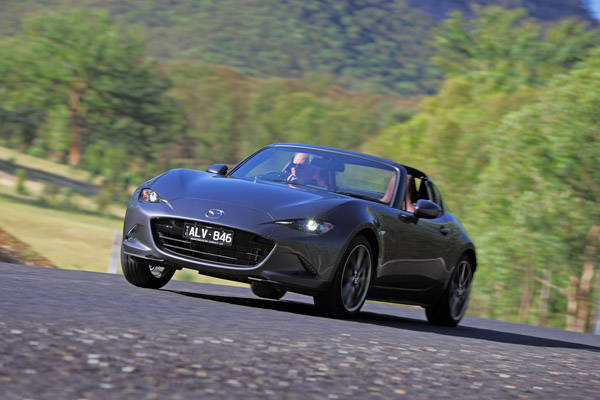 Half the fun of driving a little roadster like this is rowing it along on the gearbox, going for the right gear at the right time to make the best of the engine’s relatively limited power.

The gearchange on the Mazda MX-5 is one of the sweetest units you will ever meet, with short positive changes that not only work well but feel great at the same time.

Earlier manual gearboxes were five-speed units. A six-speed was used in the 10th Anniversary limited edition of 1999, and became standard in the October 2000 model. To our way of thinking the six-speed isn’t quite as pleasant in its feel as the latter five-speed units … your call, though.

An automatic transmission with six forward ratios became an option in 2005. Sporty programming of its electronics means it’s not far short of a manual in driving pleasure. But give us a ‘proper’ manual any day!

It’s fairly easy for a good amateur mechanic to work on and spare parts are normally reasonably priced.

The Mazda dealer network isn’t huge but works effectively and we have heard of no real complaints about spare parts availability.

Insurance can be expensive, particularly for young and/or inexperienced drivers so it’s worth shopping around to get the best deal. As always, make sure you understand what you are getting for your premium dollar.

WHAT TO LOOK FOR
See the comments in the body of the review about the condition of older models, some of which are approaching 30 years.

It’s probably best to keep clear of MX-5s that have been used in lap dashes at race tracks or in rallies – unless, of course, you’re planning to take part in the fun yourself and need the necessary safety mods.

Track MX-5s can often be recognised by tyre scrubbing (though different tyres may have been used on the track), a rollcage, fire extinguisher or extra instruments.

Heavy deposits of brake dust on the callipers and the inside of the wheels may be a sign of racetrack use, or simply of hard on-road driving.

In early models look for stitching that’s worn or broken in the soft-tops. Discolouration in the plastic rear window in early models ruins the looks, but isn’t overly expensive to replace.

A glass rear window was used from the NB Series onwards and is probably the best choice for all but the purists.

Look for crash damage that’s been repaired, indeed it may be very wise to call in a professional if you are in any way suspicious.

Be suspicious of water stains on the seats and trim, check under the carpets for dampness or rust as the MX-5 may have been caught with its top down in the rain.

The engine should start easily, idles reasonably smoothly and not blow smoke from the exhaust under hard acceleration.

The gearbox should be light and positive in its change action and not baulk or crunch even on the fastest of changes. The third-second change is usually the first one to suffer.

CAR BUYING TIP
The more popular the car, the more there are on the used scene. Use this to your advantage by shopping around for the best of them.