Noise, vibration and harshness (NVH) levels have been improved to provide a more relaxing experience, something that’s pretty important if you and six other are making a long trip. Changes include increasing the thickness of the noise-absorbing material on the underside of the headliner and adding some to the back of the boot side trim. Higher density fibre is used in the floor mats.

The powered driver’s seat now has a tilt function that adjusts the height of the cushion’s front edge.

ADDED SAFETY
All CX-9s now have a second top tether point for the third row seats. This allows child or booster seats to be mounted on all five seats in the rear two rows.

It now comes standard with G-Vectoring Control to improve handling dynamics by adjusting engine torque in response to steering input. This gives unified control of lateral and longitudinal acceleration G-forces. Thus providing improved safety with less input from the driver. 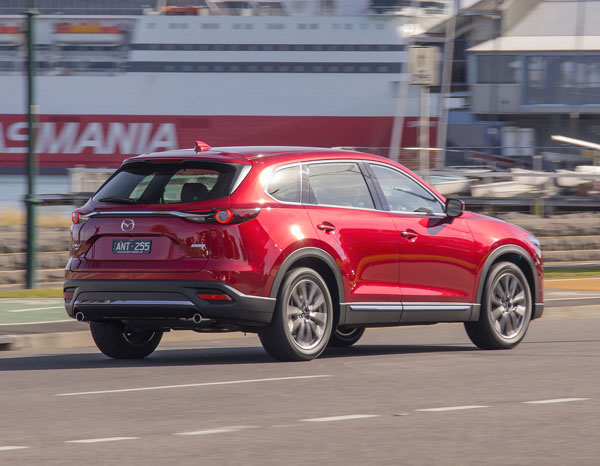 Pedestrian detection for Smart City Brake Support (Forward) has had its effective speed range increased from 4 to 30km/h to 4–80km/h.

Well done Mazda for putting all the R&D money into practical things, rather than spending some of it on changing the appearance of the nose and tail of the big people mover, which is still all-but new in its design. 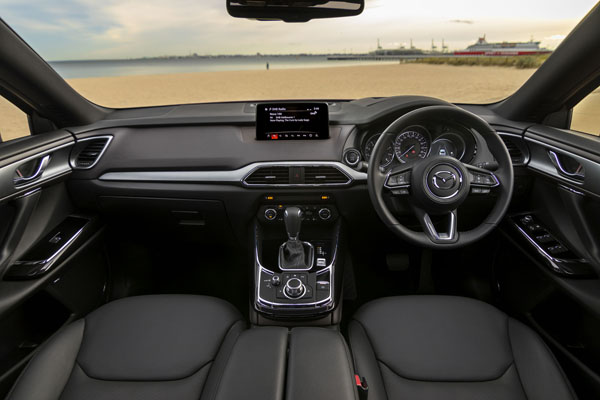 However, Mazda CX-9 is now available in Soul Red Crystal Metallic, a shade that we loved on the new Mazda CX-5 when we carried out a road test on it recently. Who says practical seven-seaters can’t splash out on stand out colours?