Both models have a 470 horsepower V8 Lexus and are finished in matte grey paint finish ‘Fuji Graphite’, which is also applied to the door handles, mirror housings, side skirts and shark fin antenna.

They ride on black polished 19-inch alloy wheels. Visible inside the wheels are Competition Blue brake callipers that bear the F logo. The same blue shade surrounds the discreet F badge on the front guards. 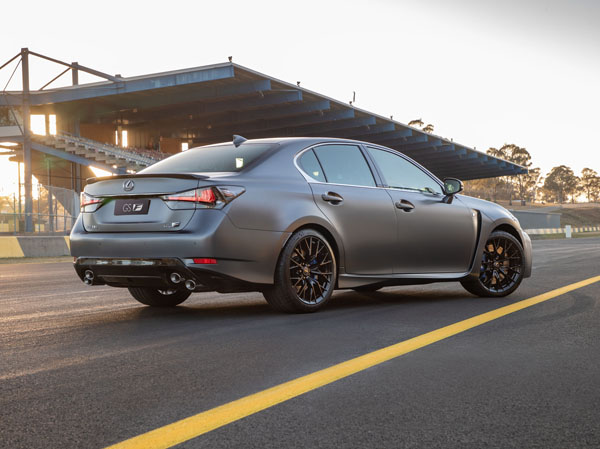 The special editions have a Competition Blue interior that features carbon-fibre highlights. The front sports seats are finished in vivid blue semi-aniline leather with white accents and the F symbol embossed in the integrated head restraints.

Matching blue leather is used on the steering wheel, transmission knob, instrument panel, centre console and even on the safety belts. The surrounds for the window controls on the door armrests incorporate carbon-fibre weave finish in blue, black and silver. 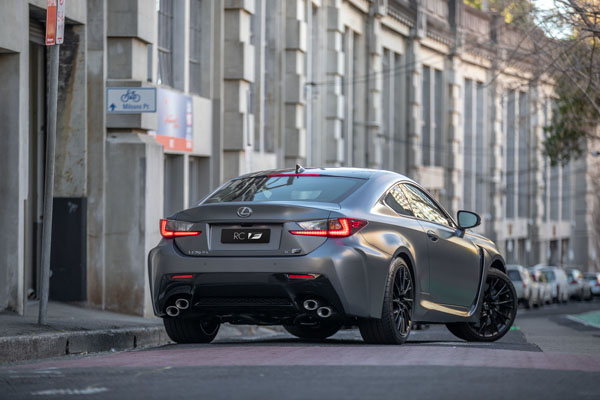 The 10th anniversary RC F is based on the RC F Carbon Pack, equipping the car with a carbon-fibre roof and active rear wing. It is priced from: $151,929.

They are on sale now and a surprise move the Anniversary celebrations editions are being sold at the same prices as the standard models on which they are based.