JAGUAR IS WORKING WITH BASF TO RECYCLE HIGH GRADE PLASTICS 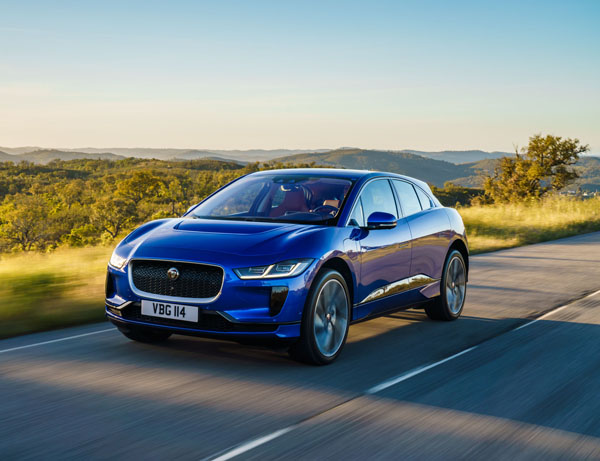 It’s estimated that the amount of waste plastic is predicted to exceed 12 million tonnes globally by 2050. Today, not all of this plastic can be recycled for use in automotive applications – especially in vehicle parts that are required to meet the most exacting safety and quality standards.

However, working in conjunction with chemical company, BASF, Jaguar Land Rover is part of a pilot project called ChemCycling that upcycles domestic waste plastic, otherwise destined for landfill or incinerators, into a new high-quality material.

The waste plastic is transformed to pyrolysis oil using a thermochemical process. This secondary raw material is then fed into BASF’s production chain as a replacement for fossil resources; ultimately producing a new premium grade that replicates the high quality and performance of ‘virgin’ plastics. Importantly, it can be tempered and coloured making it the ideal sustainable solution for designing the next-generation dashboards and exterior-surfaces in Jaguar and Land Rover models. 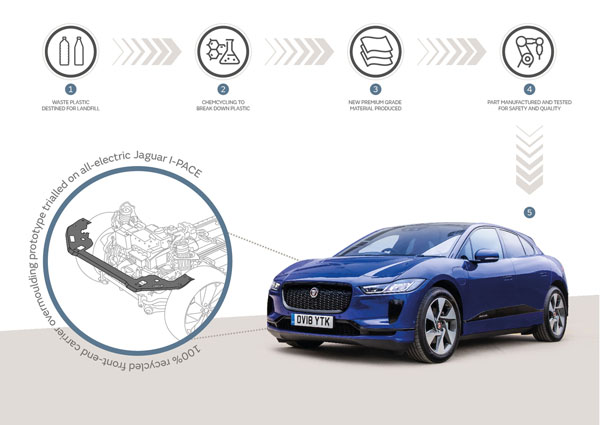 Pending the outcome of the trials and progression in taking chemical recycling to market readiness, adoption of the new premium material would mean Jaguar Land Rover could use domestically derived recycled plastic content throughout its cars without any compromise to quality or safety performance.