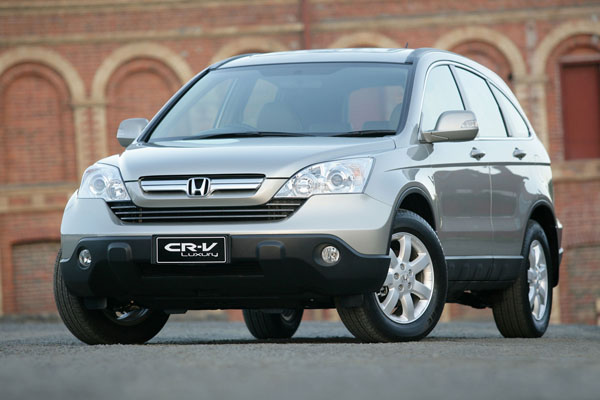 Honda realised in the late 1990s that many people were looking for more than a sedan or
station wagon, but wanted the extra carrying capacity of a 4WD. So, the Japanese
company designed the CR-V, a light to medium duty 4WD.

It began as a reasonably serious small 4WD that had an external spare wheel, then
gradually morphed into a larger station wagon with limited off-road ability.

Here we are checking out the CR-V Series 4 models from October 2007. These took a
major step to being family wagons, with added interior space and slightly softer
suspension systems. Most notably they had the choice between front- and all-wheel drive.

These gen-four CR-Vs were upgraded in December 2014, receiving LED daytime running
lights, a new grille and front and rear bumpers. Inside, a piano-black finish and chrome
surrounds gave it a more upmarket look.

The fifth generation Honda CR-V arrived in July 2017. The biggest change was the option
of seating for seven.

Major features were a 7.0-inch Advanced Display Audio with Apple CarPlay and Android
Auto. A useful safety feature is Honda’s Driver Attention Monitor for those who would
rather focus on their mobile phone than look at the road ahead. 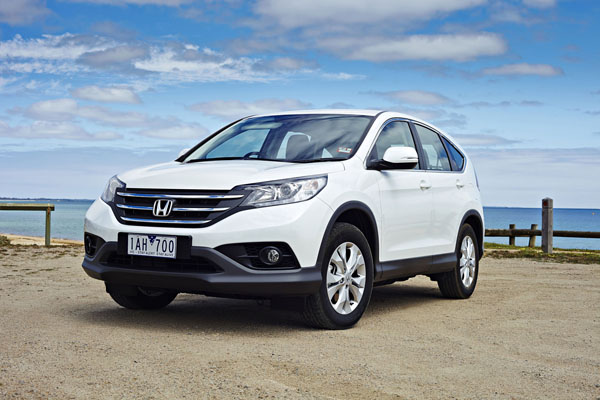 Boot space is good and the rear seatbacks fold fully flat to create an excellent load area.
Surprisingly few SUVs have a flat floor, something to keep in mind when in the early
stages of deciding which SUV or 4WD to shop for.

Ride comfort of the Honda CR-V is good and has improved with each new model.
Handling is adequate and safe rather than exciting, exactly the way it should be in a
vehicle in this class.

Manual and automatic transmissions are available. Manuals have become increasingly
rare and may be hard to sell or trade later.

From 2017 the auto was a continuously variable transmission, these sound and feel
different to a conventional auto. If you don’t like this, try to extend you pre-purchase road
test to at least half an hour as you will probably become accustomed to it.

Spare parts are a little bit more expensive than average, though not outrageously so as
Honda put a lot of effort into reducing prices a few years back when their vehicles were
getting a bad reputation for pricing. 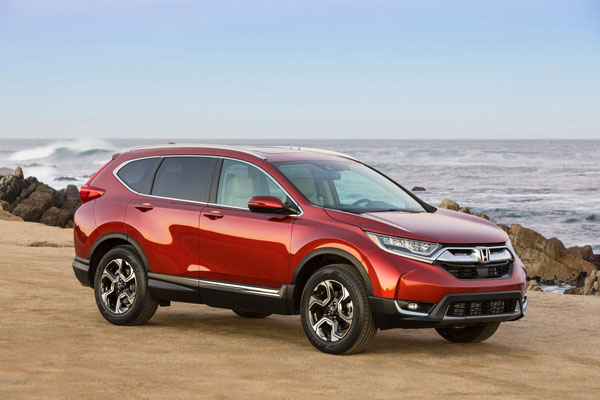 Honda’s dealer network is long established and efficient. As is often the case you may
struggle to find a dealer way outback. CR-Vs aren’t overly complex so in the unlikely event
of having problems in the bush you can usually get a local to help.

Insurance rates are normally in the middle of the scale and don’t seem to vary a great deal
from one company to another.

WHAT TO LOOK FOR
Looking at a Honda CR-V that’s never been off-road? There are plenty of them out there.
Signs of off-road use are slight scratches on the body and on the bumper corners.
Damage on the undersides of the vehicle is a real no-no.

If you suspect a CR-V been driven on a beach do a full inspection of the underbody.
Ideally this should be done by a professional inspector with the CR-V on a hoist.

Look over the cabin for signs of rough treatment, such as footmarks on the seats and
damaged carpet or trim. Similarly check the load area of dings and torn carpets.

Make sure the automatic transmission goes into gear quickly, changes smoothly and
doesn’t hunt up and down through the gears when it shouldn’t.

A manual gearbox that has been misused may be crunch on fast downchanges.

CAR BUYING TIP
Don’t decide what model of car or SUV to buy until you have considered all the makes and
model that are on offer.