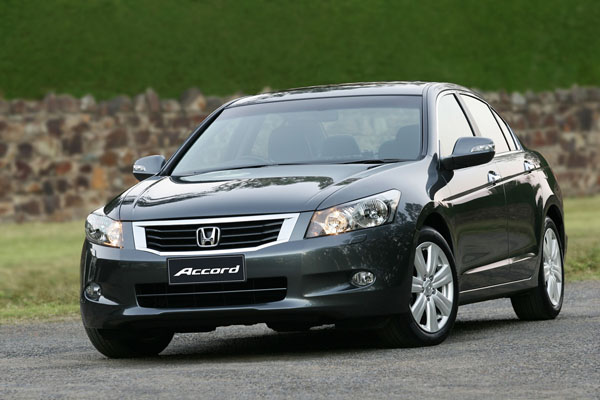 Honda Accords in Australia are four-door sedans, we don’t get the station wagons here,
which is a shame because we once had a wagon for a month on business and holiday trip
in the UK and found it exceptionally good. Anyhow, the sedan’s boot space is pretty good,
with a wide, low opening which makes it easy to load.

Interior space is good in Accord Euro, but adults in the back seats probably need to
compromise with those in the front to share legroom. For kids at the pre-teen there’s plenty
of space. Gen-eight is slightly better, but we suggest you try one for size to see how it
suits.

The Accord’s four-cylinder petrol engine has a capacity of 2.4 litres. However, the engine
in the Euro is in a sporty state of tune and requires 95 or 98 octane petrol to get the best
from it.

We know of owners who haven’t been willing to pay the exorbitantly high prices the oil
companies charge for premium petrol and always run their Accords on 91 octane. If the
car hasn’t been driven hard this is unlikely to have done any harm – but if it has been
driven hard…

The Accord Euro is offered with a six-speed manual gearbox, though in Australia most are
fitted with a five-speed sequential automatic.

A virtually all-new 10th generation Accord was launched in December 2020. Two new
turbo-petrol and electrified powertrains were sold. One is a 1.5-litre DOHC direct-injected
VTEC with dual Variable Timing Control. The other a third-generation Intelligent Multi-
Mode Drive two-motor hybrid system with a 2.0-litre DOHC Atkinson-cycle engine paired
with two electric motors.

The new Accord has a longer wheelbase (+55mm), a shortened overall length (-26mm) a
lower overall height (-15mm) and wider body (+12mm). The longer wheelbase means the
second-row seats are set further back. Giving Accord 49mm of additional rear legroom. 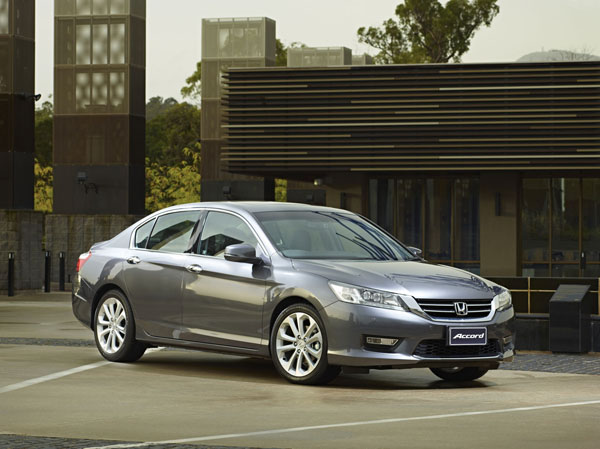 The luggage capacity the boot space has increased by 113 litres to 570 litres. Part of this
is due to the repackaging of the hybrid battery pack beneath the rear seats.

The A-pillars are 20 per cent narrower and sit further back improve the driver’s view.

Interestingly the two-motor system operates without the need for a conventional automatic
transmission, instead employing an E-CVT (Electronic Continuously Variable
Transmission)

New Accord has a 10mm lower centre of gravity. The adoption of lighter-weight
turbocharged engines and other body design changes reduced the vehicle’s moment of
inertia to give better turn-in and steering response. 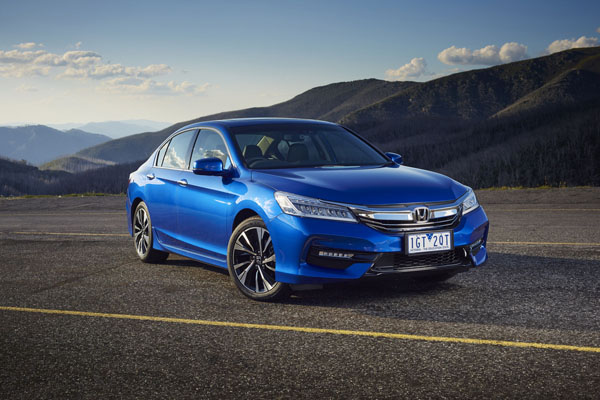 The Honda dealer network is efficient and we haven’t heard of any real problems with
dealers. However, Honda concentrates on the major Australian population centres. If you
have troubles with the car in remote country areas it might take time for parts to be sent
out, though it’s unlikely to be more than a few business days.

Honda spare parts costs are generally in line with others in this class, perhaps a tad higher
for more unusual components.

A good amateur, armed with a workshop manual, can tackle some of the routine work. But
most should leave it to the professionals.

Insurance is generally reasonable as is only to be expected from a car in this conservative
market segment.

WHAT TO LOOK FOR
Look at the condition of the interior, paying special attention to the top of the dashboard
and the rear shelf for sun damage. Fading or cracking in these areas can be expensive to
repair.

The engine should be all but inaudible at idle. Roughness may indicate problems, perhaps
very expensive ones.

Check there are no oily black stains in the exhaust pipe and on the body around it. Make
sure there isn’t a puff of oily looking smoke from the exhaust when the accelerator is
floored after the engine has been idling for a minute or so.

Automatics should go into gear promptly and their changes should only be noticeable
when you’re accelerating hard.

Feel and listen for suspension irregularities on rough roads. These cars, particularly the
American are softly sprung and may have bottomed out on their suspension if hammered
along on poor roads.