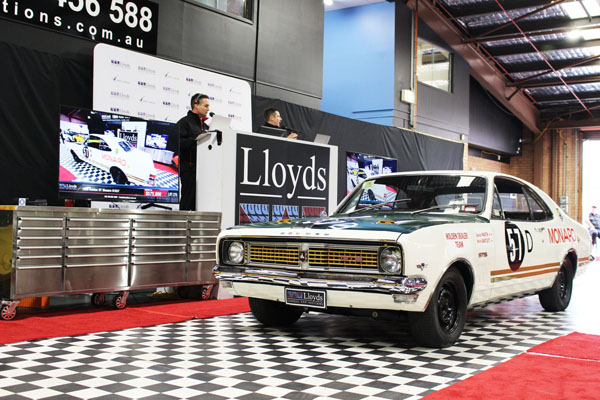 Monaro ‘57D’ was raced by Kevin Bartlett and Spencer Martin

An Australian record was set when a 1969 HT Monaro 57D race car fetched three quarters of a million dollars at auction selling under the hammer to an Australian enthusiast.

“There were seven bidders on the Holden Monaro which came down to two Australian enthusiasts who fought it out, both with the intention to keep the car within Australia,” commented Mr. Hames, Chief Operations Officer for Lloyds Auctions.

The winning bidder of the famous Monaro wishes to remain anonymous.

“The auction had a 95 per cent sell-through rate of cars all with very strong prices showing that the market is as strong as ever,” said Mr Hames.

“It was fantastic to see the amount of people that tuned into the auction online from all over the world to watch the five-hour live event,” Mr Hames said. 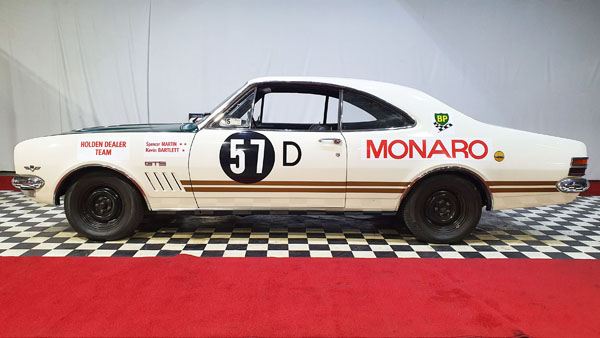 “I am not particularly surprised at the prices achieved in this auction or the records broken over the weekend attracting all of the international attention, it’s a testament to the cars and the passion of car enthusiasts,” commented Mr Alan Jones, Formula One World Champion.

With the Holden Monaro remaining on Aussie soil and the majority of bidders being Australian it is safe to say that enthusiasts nationwide are extremely proud and passionate people, fighting to keep their beloved cars in their country where they can enjoy them.