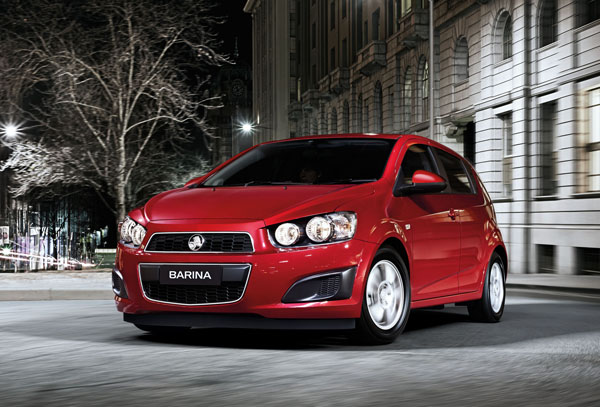 Holden Barina is a small car that has been around in Australia in one form or another since 1985. Interestingly its name is a local one, being aboriginal for Summit. It’s sold in other countries with a variety of marques and names, but we reckon our name’s the best.

After several iterations a virtually all-new Barina was introduced in October 2011. We are covering it in this week’s used car review. Considerably more sophisticated than its predecessors it has electronically stability program, as well as infotainment technology that included GM’s MyLink system.

A mild update in November 2016 saw changes to the exterior and interior. Interestingly, the exterior mods were penned in Holden’s design centre in Melbourne.

Barinas tend to be used only for suburban and city running in Australia, but in the European manner they perform well in country running. You’re probably best not to buy one if you’re doing any dirt road driving. 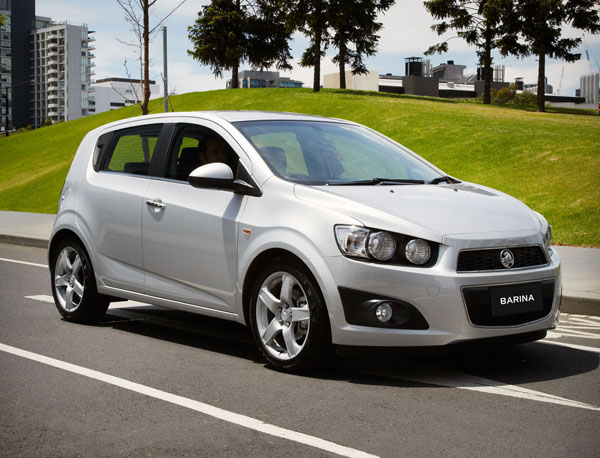 Most are used by single or couples, but we have seen some working well as small family cars. Space in the front seats is fine for a car of its size, but rear seat legroom is restricted unless those in the front are prepared to give up some of their space. A handy compromise is for the smallest person to sit behind the driver with the front passenger and a taller person in the left side of the car.

Boot space is marginal, but the rear-seat backrests can be folded down to increase cargo room. Sedans have a significantly larger boot.

Holden Barinas being reviewed here are five-door hatches and four-door sedans, the previous three-door models had been discontinued as the car increased in size.

All are powered by a 1.6-litre naturally-aspirated four-cylinder engine driving the front wheels.

Though the engine is relatively small, performance isn’t to bad because of the relatively light weight of the car. Try for yourself if you are likely to be carrying largish loads or driving in hilly conditions. Or simply like to drive with a bit of verve. 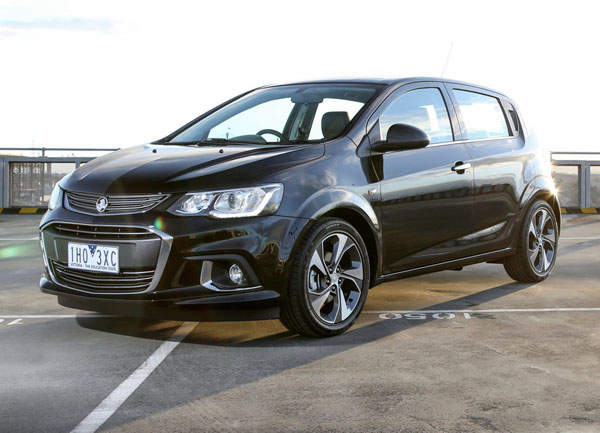 Speaking of driving with verve there’s some Australian engineering in the way the car’s suspension is tuned. All this with a good set of tyres and you will find yourself in a low-cost machine that’s enjoyable to drive.

On the subject of handling and performance some previous generation Barinas used a 1.4-litre turbo engine. These may be getting past their use-by date – but you never know your luck.

Five-speed manual gearboxes are probably the best bet as they have less power loss through the transmission. But you are going to be doing a lot of heavy-duty commuting you may prefer an automatic. The six-speed auto is a pretty good unit.

Barinas are reasonably easy for amateur mechanics to service and repair, though the underbonnet area is on the crowded side and work can be frustrating at times. Buying a workshop manual makes a lot of sense. Leave anything related to safety to the professionals, though.

The Barina was discontinued in 2018, history tells us this was part of Holden’s plan to eventually pull out of Australia.

However, Holden has assured us that when it pulls out of Australia it will continue to provide spare parts and servicing for existing cars. This message seems to be a bit flexible at the moment so perhaps contact your local dealer and speak to the service manager for information.

Insurance charges are usually in the lower end of the scale and there doesn’t seem to be a major difference in prices from company to company. Shop around, but be sure to make accurate comparisons.

We always suggest that having a long record with one insurer may stand you in good stead if there’s some sort of a marginal claim.

WHAT TO LOOK FOR
With the engine complete cold remove the radiator cap and check there no oily look in the water.

Check the engine dipstick for oil level. If it’s too low it could be a lack of overall maintenance on the car, or that the engine is burning oil. The latter could mean an overhaul is due.

Dark colour on the dipstick could mean it hasn’t been changed for a long time.

The engine should start reasonably quickly and idle smoothly.

After it has been idling for a minute or so, hit the accelerator pedal and look for a puff of smoke from the exhaust. This could indicate serious engine wear.

Make very fast gearchanges on a manual gearbox. If it baulks or crunches, particularly on third-to-second downchanges it may be on the way out.

Look for and feel for front tyres that are worn unevenly. This could be caused by something as simple as poor wheel alignment, but it could also mean the body has been twisted in a crash.

CAR BUYING TIP
Used cars only ever driven in the city often have low distances travelled. City work is hard work, it’s the car’s condition that matters, not the reading on the odometer.