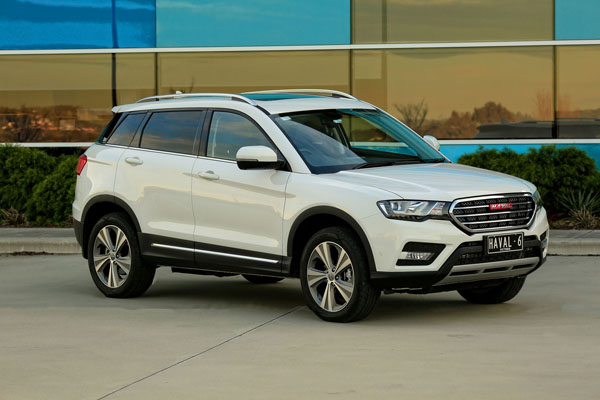 The Haval marque is still all-but unknown in Australia. Which comes as no surprise as the Haval H6, the subject of this week’s road test, only arrived downunder in September 2016.

Haval is the SUV division of Great Wall Motors and given the ever increasingly popularity of SUVs worldwide the H6 is a number one seller in the midsize segment in its home country of China. So huge is that market that the H6 was the fifth biggest seller in its class globally during 2016.

The first Great Wall Haval H6 was launched in China in 2011 and is about to be replaced by a new generation that will be previewed at the Auto Shanghai motor show on April 19 this year. The Australian launch date is yet to be set.

But back to the current Haval H6 Lux, the model we’ve spent the past week in is well-equipped in the Chinese manner and at $44,990 driveaway is nicely priced. The Lux is the topline model and has 19-inch alloy wheels, dual zone climate control, keyless entry and start, and heated ‘Comfort-Tek’ seats front and rear. The front seats are power adjusted.

There’s also a lower cost, $38,990 driveaway, Haval H6. Somewhat oddly for a base model it comes with the tag of H6 Premium. That’s marketing for you. The Premium gets 17-inch alloys and does without the fancy seats, the sunroof and has a lower spec sound system. 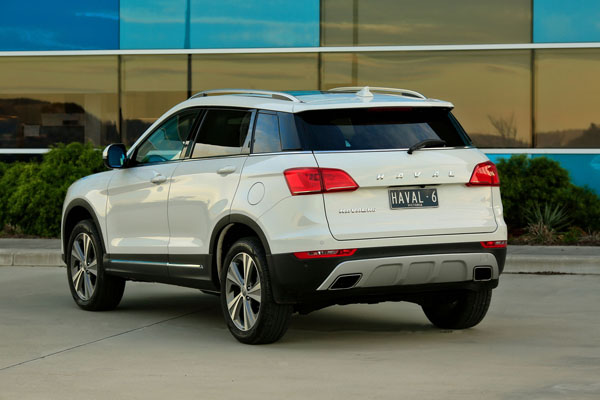 Styling is competent without breaking away from current thinking amongst conservative SUV buyers. It does have a touch of Europe to the shape, which is no surprise as it was penned by Frenchman Pierre Leclercq.

Haval H6 as imported to Australia with a 2.0-litre four-cylinder turbo-petrol engine with an impressive 145 kW of power and 315 Nm of torque. The H6 is driven through a six-speed dual-clutch automatic, but only to the front wheels – there’s no 4WD.

The importer did consider brining in an H6 4WD, but it’s only a manual gearbox and a turbo-diesel engine. Given that manuals are virtually unknown in this class in Australia it made sense not to import the diesel. The second generation is likely to offer an automatic 4WD H6.

Build quality is pretty good, certainly much better than that of some of the old Great Wall Motors cars we examined a few years ago. Panel fit is reasonably tight, the surfaces are smooth and competent and the paint finish looks to be blemish free. 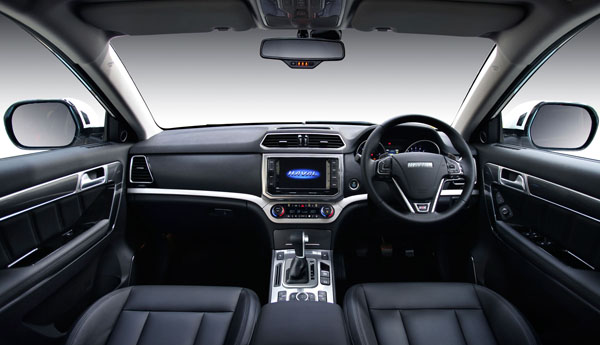 Inside everything fits neatly – and the styling shows more oomph than the exterior.

Our test car had an engine that was reluctant to get moving from a standstill, hesitating for a couple of seconds at times. The problem may have been in the old-style double-clutch gearbox rather than in the engine. The vehicle is due for a service soon after we return it, so we can ask questions afterwards.

After it was up and running engine response is good, albeit with the usual turbo-lag of engines in this class. Once past the laggy stage it has plenty of poke and overtaking is clean and easy.

Note that the new Haval H6 has a new-design Getrag seven-speed DCT, so the problems we experienced should cease to exist.

Interior space is good, with good support from the front seats. The back seats have good legroom and can carry three adults without too much of a squeeze.

Comfort is generally good, but some rough road surfaces (sealed, not unsealed) did create plenty of tyre noise. A poorly built concrete road that’s part of our routine test program really got the suspension excited.

Handling is safe enough, but hardly on the sporting side. Not a problem for most potential buyers, but try for yourself on your private pre-purchase road test.

The only other problem in the H6 was a warning light for an airbag on permanently. Again, that will be reported on prior to the service.

Every Haval H6 imported to Australia has a five-year, 100,000km warranty and five years roadside assistance.

Further information about the new second generation Haval H6 will be released when the vehicles is launched at Auto Shanghai 2017, which will run from April 19-28.