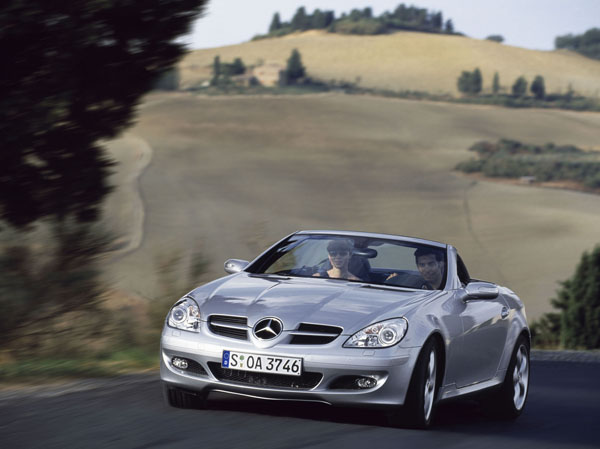 BODY COPY
Mercedes-Benz SLK is a small to medium sportscar that’s been a big success on the Australian market since it arrived here 20 years ago. Success that saw the waiting list stretch to over a year in the earliest years. These older models, from February 1997 are getting on in years so we will concentrate on the second generation SLKs that first arrived downunder in August 2004.

Having said that, we often see the first generation SLKs on the road and they often look to be much loved. But don’t get sucked into buying on appearance of you’re running on a tight budget because that money, and much more, could disappear very rapidly if major problems arise.

The second-generation SLK sportscar is larger than the original and followed a styling theme based on the front of a Mercedes-Benz Grand Prix car.

The gen-three SLK reached Australia in September 2011, only two months after its European launch. This time its styling made it look like a smaller version of the outrageous looking Mercedes-AMG SLS. While the Mercedes SLK doesn’t have an ultra-long bonnet like the SLS’s it still looks pretty good. 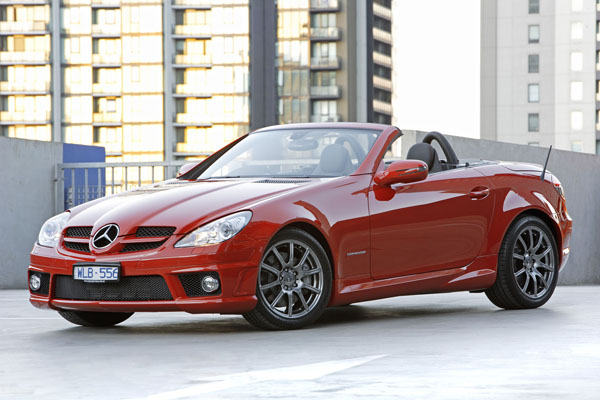 Mercedes SLK was one of the first to use a modern day folding hardtop. Giving it the appearance of a sports coupe when the roof is closed. However, a disadvantage of the hardtop is the amount of space it takes from the boot. Check for yourself if you’re planning long holiday trips.

A clever feature of the gen-two SLK is the Airscarf. This has slots in the headrests that can blow warm air on your ears and neck, the first areas of your body to feel the chill in an open-top car. This extends the times you can use a Mercedes SLK well into early spring and late autumn. Brilliant.

Suspension of the standard SLK models is set about midway between pure sportscar and comfortable cruiser. It’s firm, though not over-hard and provides high levels of road grip. Large brakes and sophisticated electronic traction controls make the Mercedes sports safe and enjoyable under all conditions.

There’s a big range of four, six and eight-cylinder petrol engines, some turbocharged. Transmissions in Australia are virtually all automatics, though some manuals are on the road as well. If you do come across a manual check to see if it’s a private import as some of these may be on the dodgy side.

Then there are the Mercedes-AMG versions. These V8 hotrods offer huge acceleration, a great sound and superb road grip. Many don’t seem to do much more than take part in numerous traffic-light Grands Pix. But some many have spent weekends thundering around racetracks. The suspension may be firmer than you like if you’re only looking for a big engine in a smart cruiser. 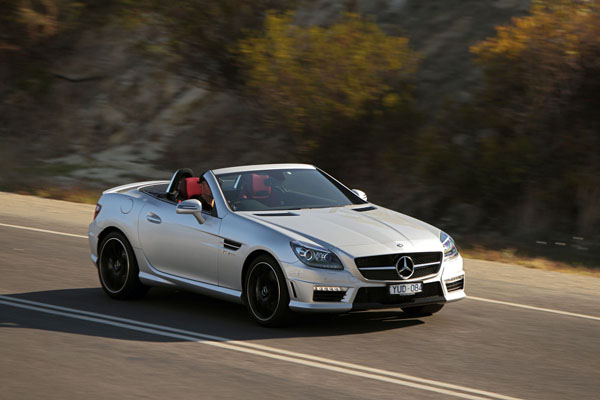 Mercedes-Benz has been a major player in Australia for many decades and is backed up by a strong dealer network. Though dealers are concentrated in major metro areas there are more country dealers than for the other prestigious German and British marques. That due to the fact that Merc diesel cars were much loved by Aussie farmers for decades as they could run them on cheap fuel.

Servicing and spare parts aren’t cheap, but not as expensive as you might expect. But don’t overcommit yourself on buying an SLK – then find you can’t keep it in the manner to which it is accustomed.

Don’t attempt anything other than minor repairs unless you are a competent home mechanic. And don’t dream of going anywhere near anything that can compromise safety.

Many Mercedes-Benz SLKs are serviced by authorised dealerships and this adds to the value of the car at resale time. Ask to see the service books as proof. Smart used SLK owners then keep up the service record to maximise the value of their car when they eventually move up to another car.

Insurance is generally moderately priced – for a car in this class, that is. Drivers with a poor record may to pay more. Some companies will charge extra for the AMG variants.

WHAT TO LOOK FOR
After doing your own initial checks to the best of your ability always call in a Mercedes expert for the final word, ideally from a Merc dealership.

Check for signs of crash repairs: ripples in the panels when viewed end on are easy to spot, as are tiny paint spots on unpainted areas such as glass and badges. If crash repairs appear to have been carried out arrange for a full inspection by someone who specialises in upmarket cars. Or pass it up and find another one.

Look over the interior for signs of an SLK that’s been caught in the rain with its top down: water damage or stains, particularly in the dash top, instrument panel, seats and carpets.

Lift the carpets to check for dampness. It’s probably best to do this in the presence of the seller, better still ask them to do it for you.

Hesitation and/or creaks from the roof as it’s opened / closed may mean it hasn’t been lubricated correctly. Special lubricants are required.

The engine should start steadily and idle steadily the moment it fires up. The four-cylinder units won’t be quite as smooth as the sixes.

During your road test the engines should answer the throttle almost immediately. The supercharged ‘Kompressor’ units and the non-turbo engines will have a faster response than the turbocharged units, but an engine that’s too slow to respond may have major problems.

CAR BUYING TIP
Having a professional inspection of any used car may be the best investment you will ever make.