BMW X1 COMING TO AUSTRALIA IN Q4 THIS YEAR 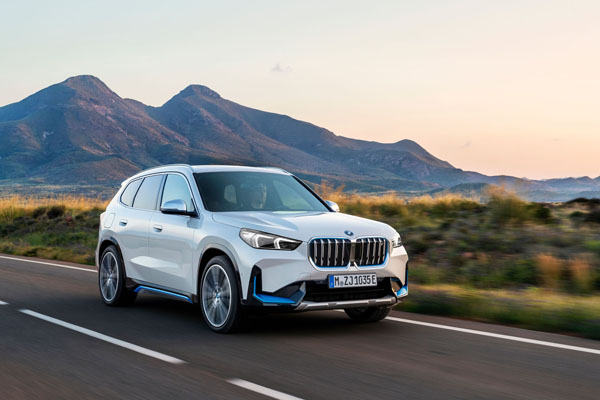 BMW Australia will introduce the third generation X1 to the local market in the final quarter
of 2022.

At launch in Q4 this year, BMW will offer the X1 sDrive18i and xDrive20i, both of which are
powered by TwinPower Turbo engines with a seven-speed Steptronic transmission.

Sustainability measures have been implemented in the development of the new X1, with
extensive use of green energy both in production and across the supply chain, as well as
use of greater quantities of secondary raw and natural materials.

The upright front end of the new BMW X1 has LED headlights. A large kidney grille has X-
shaped lines radiating out to the sides and chrome strips in the lower air intake. 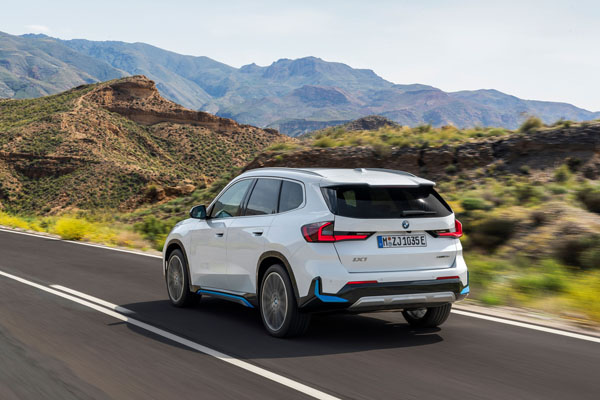 The A sport leather steering wheel, intelligent two-zone automatic climate control and a
rain sensor with automatic headlight activation all come as standard in the new generation
BMW X1, as do four USB-C ports, two 12V power sockets and a far greater number of
driver assistance systems compared with the predecessor model.

The new BMW X1 will launch in Australia with two petrol variants:

The BMW X1 sDrive18i has a 1.5-litre three-cylinder TwinPower Turbo engine with 115kW
and 230Nm and is mated to a seven-speed Steptronic transmission and double clutch set-
up, with power sent exclusively to the front wheels.

The BMW X1 xDrive20i is powered by a four-cylinder TwinPower Turbo unit that offers
150kW and 300Nm. Power is deployed to all four wheels via BMW’s intelligent all-wheel-
drive xDrive system.

Near-actuator wheel slip limitation is standard in the new BMW X1, enhancing both
traction and directional stability. Other new features include the integrated braking system
and the extra, lift-related damping at the front axle.

Inside, the fully digital screen grouping is formed by the 10.25-inch information display and
the control display with a screen diagonal of 10.7 inches.

A smartphone tray with indirect illumination is in the front section of the centre console.
Phones can be secured by a movable clasp and positioned upright in a portrait position to
be visible to both driver and passenger while being charged wirelessly.

Further information on specific equipment and specification with pricing detail of the new
BMW X1 models will be announced later this year.

Ewan Kennedy, a long-time car enthusiast, was Technical Research Librarian with the NRMA from 1970 until 1985. He worked part-time as a freelance motoring journalist from 1977 until 1985, when he took a full-time position as Technical Editor with Modern Motor magazine. Late in 1987 he left to set up a full-time business as a freelance motoring journalist. Ewan is an associate member of the Society of Automotive Engineers - International. An economy driving expert, he set the Guinness World Record for the greatest distance travelled in a standard road vehicle on a single fuel fill. He lists his hobbies as stage acting, travelling, boating and reading.
View all posts by Ewan Kennedy →
Tagged  BMW, X1.
Bookmark the permalink.