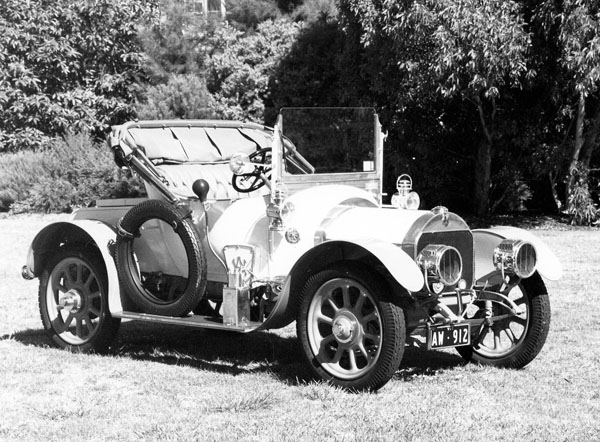 Armstrong Whitworth was a British firm that commenced manufacturing cars in 1904, later merging with Siddeley-Deasy to form Armstrong-Siddeley.

In the early days, the firm produced comparatively large tourers, noted for their eminently practical design.

Also unusual is the ease with which the road wheels can be detached. Each wheel slides on a spline, secured only by a large hexagonal nut.

The clutch was remarkably complicated, having 55 plates, all running in oil, and was said to provide sweeter gear changes. The four speed crash-type gearbox drove the rear axle through a torque tube.

A worm and worm wheel steering system was used.

Braking was done by a foot-operated transmission brake and rear wheel drum brakes, operated by a hand lever.