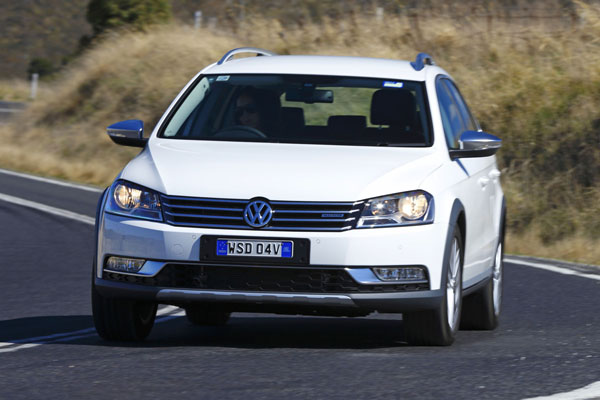 Volkswagen Passat is a medium-large German car. Note the it shares quite a few out of sight components with upmarket Audis as that prestige marque is controlled by the Volkswagen Group.

Though smaller engines aren’t always accepted by Australian buyers, even the four-cylinder Passats have enough performance for many buyers. Many of the later petrols – and all diesels – use a turbocharger to generate significantly extra torque. 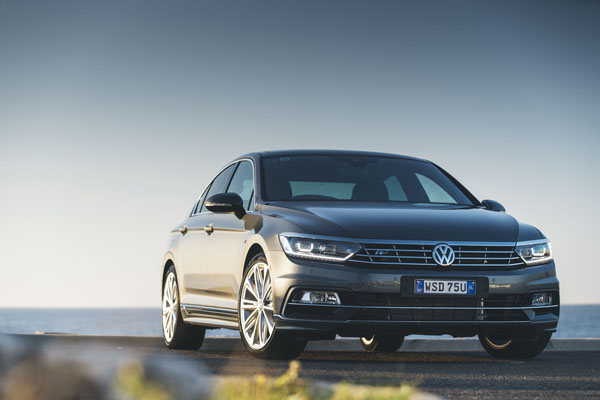 For the revheads, Volkswagen imported the Passat R36. It used a warmed over variant of the 3.6-litre V6 engine 300 horsepower (220 kW) engine, all-wheel drive and sold in both sedan and wagon bodies. We find the wagon a particularly potent machine.

VW Passat Alltrack is a slightly jacked up station wagon that’s bought by those who don’t want an SUV but do intend to do some mild trips off the beaten track. Skiers love them and, as is often the way, Tasmanians also go for them.

The Alltrack has all-wheel drive, to save fuel it only engages the rear wheels when the computer senses the fronts are losing grip.

Volkswagen Passat CC was introduced in 2009. Virtually a four-door coupe the sleek Passat CC targets those who seldom use the back seat for adults, but who do want the convenience of rear doors. Note that it was simply called the CC from 2012. It’s smart to check both names if you’re doing an online search.

The Volkswagen dealer group is now represented in most Australian population centres of significant size. As is the norm most are in the major State capitals, but there are quite a few in larger country cities and towns. 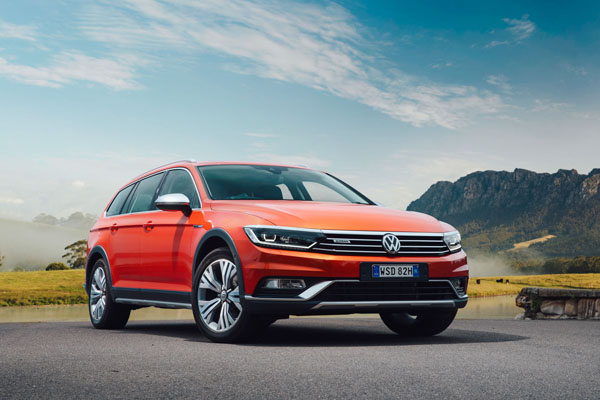 Passat is a complex machine but a competent home mechanic should be able to do a fair bit of work. Always have a workshop manual on standby – and leave safety related items to professionals.

Insurance is generally not over expensive but make inquiries from a number of companies as there can be quite a difference in premiums.

WHAT TO LOOK FOR
Volkswagen cheated on emission controls during the period we are covering Passats. It recalled all its vehicles to make them legal again. Check with VW Australia (volkswagen.com.au) that this has been done on the Passat you’re considering.

Passat Alltracks that have been used off road (a rare event) may have under-car damage. Check also for scars on the undersides of the bumpers, the front guard corners and for scratches on the guards and doors.

CAR BUYING TIP
Shop around for the vehicle type you’re considering for several weeks beforehand. That way you get a good idea of prices and what sort of problems you’ve seen.