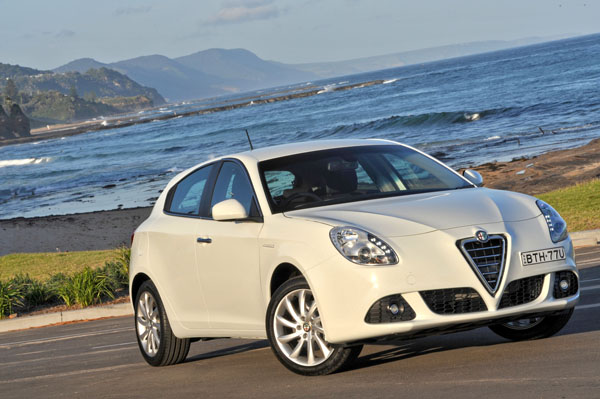 Alfa Romeo Giulietta is a thoroughly likeable Italian small-medium sedan that will appeal to those looking for more than mere transport in their day-to-day driving.

These days Alfa Romeos aren’t built only for drivers of Italian dimensions. Multiple settings are offered in the way of a height adjustable driver’s seat and a steering column that can be adjusted in four directions.

This five-door hatchback has been styled to look like a sports coupe thanks to cleverly ‘hidden’ rear door handles. Unless tall front-seat occupants are willing to give up some legroom those in the back seats will find themselves cramped. Headroom can also be tight for tall rear seat passengers, though it depends on body shape.

The rear seat armrest has fold out cup holders gives a feeling of luxury sedan. The rear seats have a 60/40 split fold, there’s also a ski-hatch.

Alfa imports the Giulietta to Australia with a choice of three engines. One is a 1.4-litre Alfa Romeo MultiAir with 125 kW of power. The Giulietta QV with its 1750 TBi turbo-petrol unit has 173 kW with torque of 340 Nm. When Dynamic mode is selected it sprints from 0-100 km/h in 6.8 seconds. 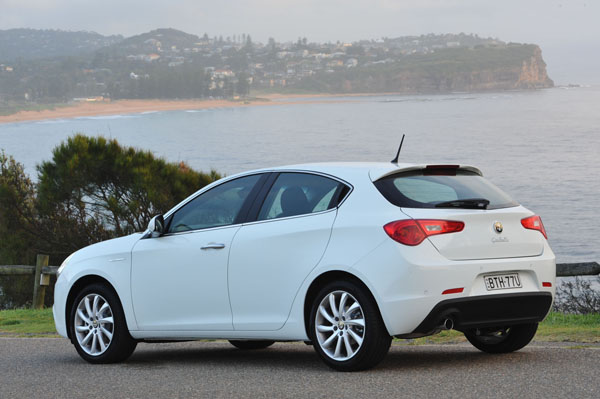 There’s a 2.0-litre turbo-diesel engine if you feel that way inclined. Can’t say we do … there’s something really irritating about an engine that gets to about 4700 revs than cries out, “enough”.

Alfa Romeo’s Twin Clutch Transmission (TCT) is a shocker at very low speeds, particularly in stop-start traffic, being frustratingly slow and lumpy at times. Add that to turbo lag and a stop-start system that doesn’t always seem to talk to the other powertrain computers and the fun from driving this pretty Italian sporty machine disappears.

Get it out of town on your favourite stretches of drivers’ roads and the smile soon returns to your face. Forget the dual-clutch and get a slick-acting six-speed manual.

Early in 2015 Alfa Romeo added a new-design engine in the Giulietta QV, this time with 177 kW. A special Launch Edition introduced the car, featuring a body kit and revised interior. Only 500 were built globally with 50 coming to Australia. Our allocation was 25 units in Alfa Red and 25 in Launch Edition-exclusive Matte Magnesio Grey. These may be collector cars in the future. No promises though…

Build quality of Alfa Romeos has improved greatly since the bad old days and Giuliettas seldom have any real hassles in the way they are put together. They aren’t quite up to the very high standards of the South Koreans and Japanese, but are right up with the other cars from Europe.

Alfa Romeo is well established in Australia these days and there are dealers in all capital cities and some major country centres. We’ve heard no real hassles with getting spare parts, though as is often the way in cars sold in relatively small numbers you might have to wait several business days to get uncommon parts. 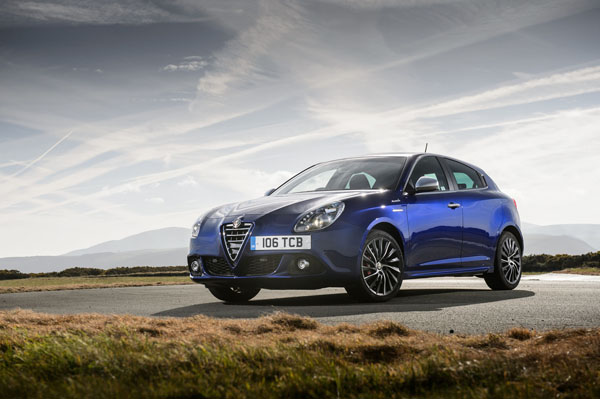 Giuliettas are the sort of cars that enthusiastic amateur mechanics like to tinker with. But unless you really know what you’re doing its best to leave the work to professionals as these are complex machines. As always, we warn you to keep away from the safety items.

Insurance is higher than average for this class, which comes as no surprise as these Alfas – all Alfas – appeal to those who like to charge hard and may take too many risks. Shop around for a policy, but make sure your comparisons are accurate.

WHAT TO LOOK FOR
Check the service books are up to date – and that the reading on the odometer is the same as that in the books. You’d be surprised how many crooks stuff this up.

Build quality of Alfa Romeos has improved greatly since the bad old days and Giuliettas seldom have any real hassles.

Look for body damage, or signs of repairs. Cars that attract enthusiasts do tend to run into to things from time to time.

Inside, check for loose items in the trim and on the dashboard. During your pre-purchase drive listen for rattles or squeaks, particularly behind the dash.

The engine should start quickly, though the turbo-diesel may take a second or two if it’s completely cold.

Check the stop/start system and dual-clutch automated manual work correctly. (See the notes in the body of the story.)

Manual gearboxes may have had a hard life so check all changes are smooth and easy. The downchange from third to second is often the first one to suffer. Make fast 3-2 changes and if there’s any noise and/or hangups be wary.

CAR BUYING TIP
Car enthusiasts’ cars may have had a harder life than boring machines. Make sure the one your considering hasn’t belonged to a maniac…