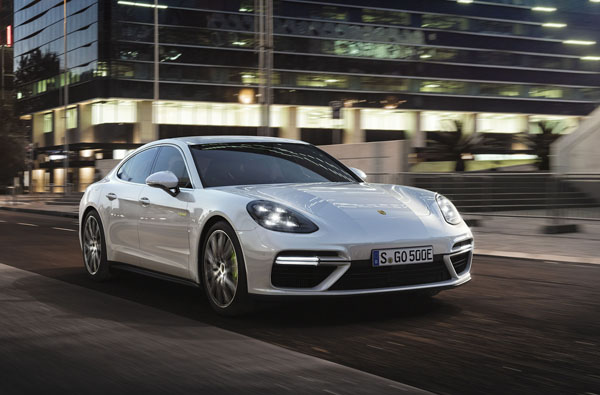 Porsche has announced details of the hottest Panamera of them all. Only a matter of weeks after the introduction of the standard versions of the Panamera to Australia the German sportscar maker is to show the new Panamera Turbo S E-Hybrid at the Geneva Motor Show.

Borrowing some engineering expertise from the petrol-electric Porsche 919 LMP1 Hybrid that took out the Le Mans 24-hour race last year, the road-going Panamera is a rocketship. The 4.0-litre V8 engine from the Panamera Turbo is combined with an electric motor, producing up to 500 kW of power.

Instantaneous torque is the smile-inducing feature of any car with an electric motor. Just above idle speed the Panamera Turbo S E-Hybrid offers 850 Nm of torque. So the big five-door sedan leaps from zero to 100 km/h in 3.4 seconds on its way to a top speed of 310 km/h.

At the other end of the scale, the Porsche Panamera can be driven on nothing but electric power for up to 50 kilometres.

The electric motor is supplied with power via a liquid-cooled lithium-ion battery with an energy capacity of 14.1 kWh. Within six hours, the high-voltage battery integrated in the rear is fully charged with 10 A via a 230-V connection.

If the Panamera uses the optional 7.2-kW on-board charger and a 230-V connection with 32 A instead of the standard 3.6-kW charger, the battery is fully charged in 2.4 hours.

The charging process can also be started using a timer via Porsche Communication Management (PCM) or the Porsche Connect app.

A feature that will be much appreciated in Australia is that the Panamera Turbo S E-Hybrid is fitted with auxiliary air conditioning to cool the cabin even during charging. 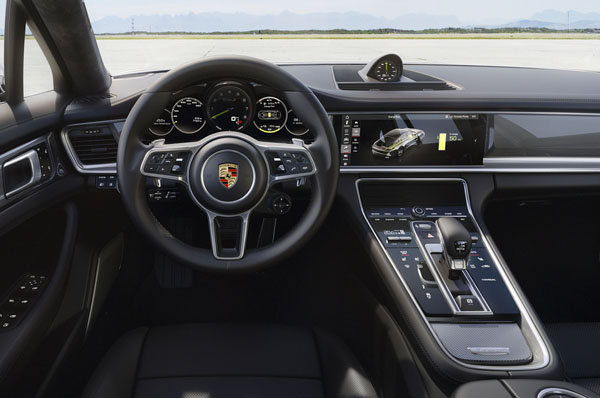 The Panamera Turbo S E-Hybrid is on sale now at Porsche dealers and is priced from $460,100.

Porsche Panamera Turbo S E-Hybrid Executive is a limo-like LWB variant, but there are no plans for it to be sold in Australia.

“Other mature markets around the world offer significant purchase or ownership incentives by way of more affordable registration fees and the like – that is, real hip-pocket benefits.

“The Australian Government’s token gesture of a slight adjustment to the LCT threshold has little or no effect on buying behaviour of premium hi-tech hybrid vehicles.