PEUGEOT PERKS UP ITS ‘PETIT’ SUV 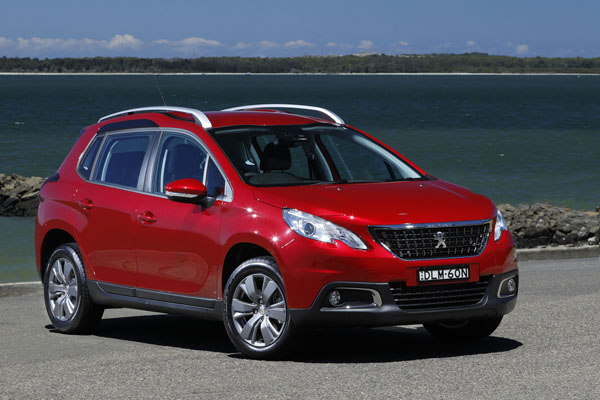 When the Peugeot 2008 first came to Australia in 2013 there were serious questions about the performance of the drivetrain. It seems little was lost in translation, the message got through to the French car maker and the compact sports utility vehicle has perked up.

This has been made possible by the adoption of the new-design turbocharged 1.2-litre three-cylinder engine coupled with a new, six-speed, sequential automatic transmission, the latter developed in conjunction with Aisin.

The 81 kW turbocharged 1.2L PureTech e-THP engine, developing 81 kW of power and 205 Nm of torque. This engine was the class winner in the 2015 and 2016 International Engine of the Year award and finished in the top three overall.

The new unit, already proven in the Peugeot 208 and 308, is 12 kg lighter than the one it replaces and benefits from a new-generation turbocharger and fuel injection system. 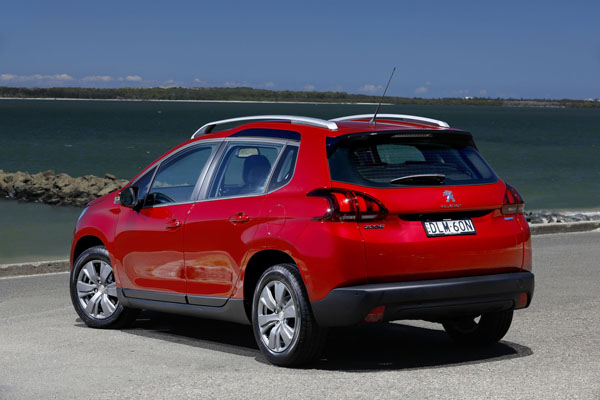 With the six-speed automatic hooked up gear changes are 40 per cent faster thanks to Quick Shift, a new technology using a more efficient calculator for synchronisation of the engine and gearbox. Fuel consumption of 4.8 litres per 100 kilometres is claimed with the new set-up.

The upgraded Peugeot 2008 comes in three models – Active, Allure and GT-Line. The first replacing the Active 1.2-litre and 1.6-litre petrol variants, the last the Outdoor.

Peugeot assures us all models carry standard features above rivals in the compact SUV class. At $26,490, plus on-road costs, the new Active shows an increase of $1000 over the previous 1.6-litre Active automatic; the Allure remains unchanged at $30,990, yet again adding more standard equipment, while the new GT-Line tops the revised range at $32,990, the same as the old Outdoor.

Extra cost options apply to various models across the range and include satellite navigation, panoramic sunroof, leather upholstery and metallic or pearlescent paint. 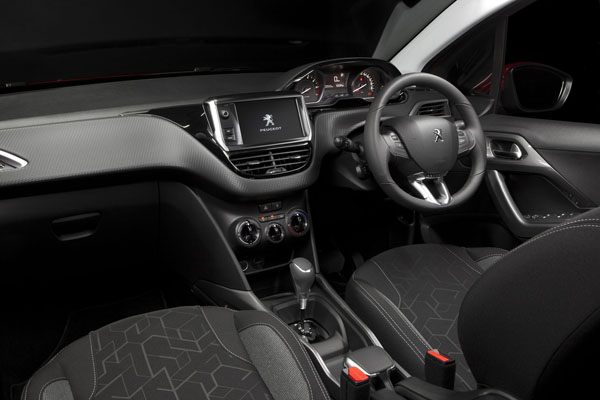 The latest Peugeot 2008 front is the first outing for the future of all Peugeot SUVs, with a multi-faceted grille featuring the Peugeot Lion at its centre. Either side are headlamps, cat-like in looks, with a high-tech chrome and black mask.

LED rear lamps feature new, hot-look ‘lion claws’, producing a marked 3D effect. This styling stretches from the grille over the bonnet and onto the lid with roof bars and spoiler completing an attractively striking profile.

The new SUV’s modern architecture can be further highlighted by a new Ultimate Red paint, first seen on the Peugeot Sport’s 308 GTi. The entire model palette offers a total of seven colours.

Grip Control offers owners the chance to wander off road at whim. Fitted as standard to Allure and GT-Line models, the system offers all-wheel drive on low-grip surfaces through the vehicle’s traction control system. It optimises traction according to the terrain by acting on the front wheels, the driver selecting options using a knob on the centre console.

On offer are standard on-road mode, snow, mud or sand mode. The electronic stability mode can also be disengaged up to 50 km/h.

Technology also makes its way on board the 2008 with MirrorLink or Apple CarPlay, which displays apps from a smartphone on the 7-inch touchscreen on the centre dashboard, the latter featuring Siri voice control, allowing phone calls, text messages, music and maps to be used without the need to take eyes off the road. Complementing this is the head-up instrument panel which is also in the driver’s direct line of sight.

In addition, Active City Brake technology, on Allure and GT-Line, is a radar-based safety system that can avoid a crash or reduce its severity if the driver fails to react at speeds of up to 30km/h.

The Active also features rear parking sensors, while the Allure gains front parking sensors as well as City Park that helps cars fit into tight parking spaces and gives drivers help when manoeuvring into or out of parallel parking spaces. So far this useful technology is not found in any other non-luxury compact vehicle in the segment.

With a 2.54-metre wheelbase, the 2008 offers occupants plenty of space, with rear passengers especially benefitting thanks to the thinner front seat backrests. The front section of the boot load cover pivots, giving these folk access to the boot when the vehicle is moving.

Access to the boot is as easy from the outside with a large rectangular opening and a low load sill featuring a brushed stainless steel protector, which is just 600 mm off the ground.

The overall freshness of the design and technology translates to the vehicle’s outward character. On a drive in Sydney and outskirts the Peugeot 2008 GT-Line tackled heavy traffic, motorway cruising and twisting country roads in an assured manner.

Seats were comfortable and offered lateral support on fast bends, while the suspension, tuned for local conditions, soaked up some quite serious road imperfections without ‘blinking’.

The Active model was no less obliging, if a little short on the luxuries of the top-shelf variant. Price is the telling factor, but what’s new here? Even so, added specification for little or no price rise makes the Peugeot 2008 an appealing member of the compact SUV class.
MODEL LINE-UP
Peugeot 2008 Active $26,490
Peugeot 2008 Allure $30,990
Peugeot 2008 GT-Line $32,990
Note: These prices do not include government or dealer delivery charges. Contact your local Peugeot dealer for drive-away prices.