IS MY AIRBAG SAFE? 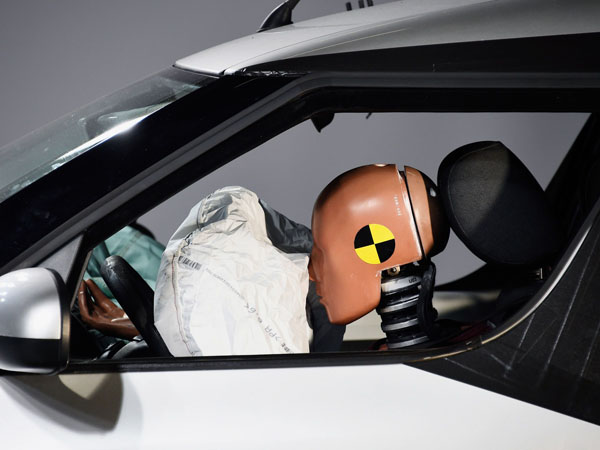 The Queensland Government is showing strong and courageous leadership in issuing defect notices to owners of over 2000 vehicles fitted with dangerous ‘alpha’ type Takata a move that the Federal Chamber of Automotive Industries (FCAI) welcomes and one that could lead to the cancellation of registration if ‘alpha’ Takata airbags are not replaced within 21 days.

FCA Chief Executive Tony Weber noted that the decision is an effective response in the interests of the safety of motorists and passengers across Queensland.

“We applaud the Palaszczuk Government for acting so decisively on this important public safety issue,” Mr Weber said.

“The industry has been doing its absolute utmost to raise awareness of this serious public safety issue across Australia, urging people to take action and check whether their vehicles’ airbags are affected.

“For ‘alpha’ Takata airbags, which pose the greatest risk, state and territory registration agencies can greatly assist the industry’s efforts to remove these vehicles from the road for rectification,” Weber added.

Queensland’s decision builds on moves in South Australia, and soon in Tasmania, to refuse vehicle registration to affected vehicles.

Car owners can simply enter their registration number and State into the website and receive a response within seconds about their airbag status.